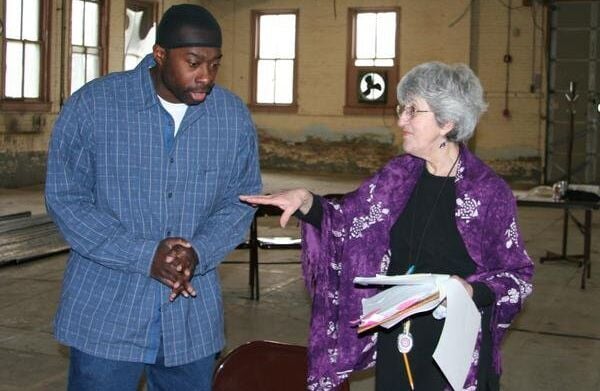 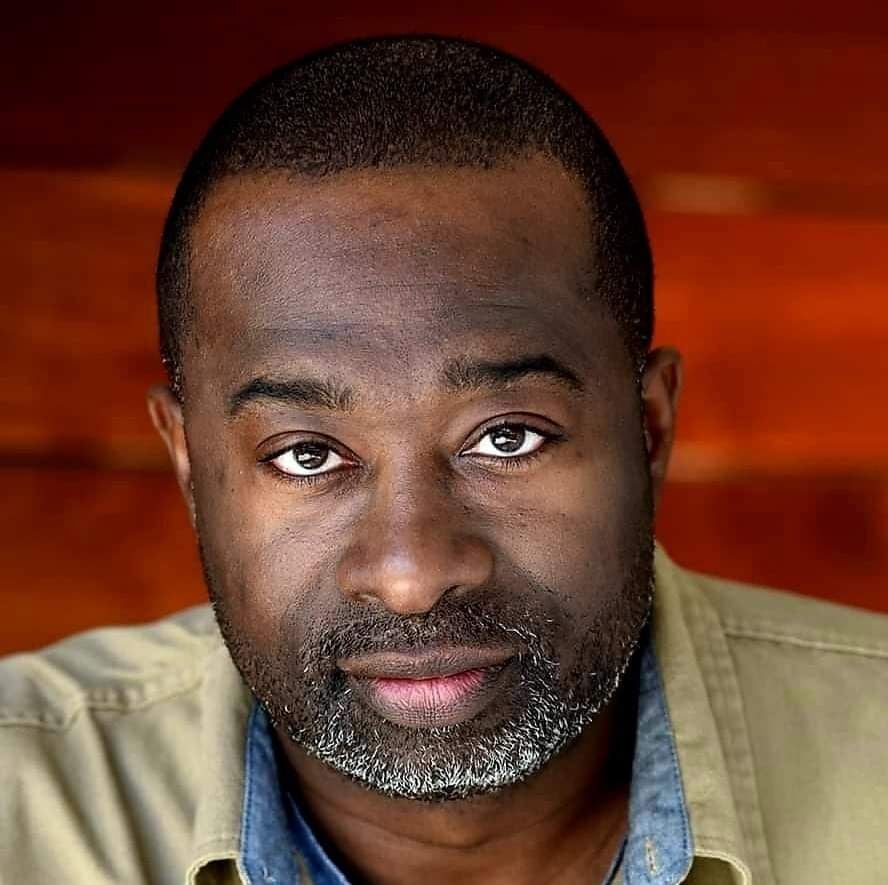 Timothy Tyler and I met in 2005 when David Shanker’s Asylum premiered on the makeshift stage in the Laundry Building on the grounds of the then-long shuttered Central State Hospital.

He periodically checks in with me to update his progress and to ask how I’m doing. When he returns to Indianapolis to visit with his family and if time allows we meet.  He most recently let me know of his association with a short film, A Girl Named Mara,  featured in the New York City-based Chelsea Film Festival, in October, prior to the film’s Dec. 19, 2020 release on the Internet.

“The name my character uses in this script is Krakowski,” Tyler said. “His real name is not revealed during the story, He has lots of personal and family issues. Life events have put him in a position where he is mostly isolated from his loved ones. He becomes involved with this secret group that helps people that have been set-up or framed by the powers that be.”

He found the world they were creating to be a little strange and eerie, yet realistic and intriguing.

“The way this layered character that I bring to life was written gave me plenty of flexibility to help create something special,” he said. “It took me a few reads, but once a connection was made to the storyline and character I became committed to helping finish it.”

The name of the title character translates to bitter in Hebrew. In the Book of Ruth, in the Old Testament, Ruth’s mother-in-law Naomi took this name to mourn her two sons’ death.

As has been the pattern with our contacts over the years, I emailed back with a question: “Why the name Mara?”

“The name Mara was chosen because the story takes place in a remote beach town,” Tyler clarified. “In Spanish, ocean is el mar, so we thought the name Mara would add mystery and an element of  'What is the deal with Mara’?  Mara is the observer to what is going on throughout the other character's Journey.  But as for biblical meanings, it is part of the endless story of Man or Woman versus Society.”

Tyler talked to me about his experience moving to Hollywood to be an artist.

“During my time here, I have been fortunate to have been involved with many projects. I have experienced my share of triumphs and disappoints — personally and professionally. A few years ago, I decided to get involved with producing so I can help create more of the projects I am involved with versus only depending on auditions.”

We also talked about our 15-year friendship.

“I find it rare to have an enduring friendship after all these years, with a non-relative living thousands of miles away. We have significant age, race, and cultural differences. Our belief in and admiration for each other has been consistent over the years,” remarked Tyler.

In a reply, I posited, “Why doesn’t everyone have what we have?”

“Today we live in an increasingly polarized country, largely because of politics and the media. In this digital age, information spreads rapidly. Accurate and inaccurate info, propaganda, plus people experiencing hundreds of years of unfair treatment, have produced a lot of what we are seeing now. I hold to the belief that most people are not evil, they just want to go about their business and take care of their families. The love of money (and power) is the root of all evil, however, and it has impacted the behavior of many. Our hope is with our children; what we teach them is so important. I always try to treat people how I would want to be treated; that is a good starting point to live by.”

Tyler was born in St. Louis, Missouri, and had two childhoods. He underscored that story in another email to me.

“The first part of my childhood was spent in the inner city, high rise apartment projects of Chicago. Violence and other undesirable things were around me frequently. Art was my escape drawing Stan Lee comic book characters and animals. That is where I learned to dream about things outside of my surroundings and that is what I want to give back to others.”

He also recalled a calmer stint in Indianapolis as a child, as the oldest of six siblings, where his hobbies and interests hinted at a future acting career. He recalls playing piano in school and acting out characters from General Hospital and Star Wars, for fun, with family members.

He also talked about being fortunate enough to be raised by both of his biological parents. “My factory worker father and my nurse/model mother,” he said. “Overall, it is the grace of God that has allowed me to be where I am today. More specifically, a strong belief in myself and persistence are reasons why I have made it to this point.”

His goal as an artist is to provide timeless hope and inspiration.

“To date,” he said, “Mara is my most involved representation of that. Mara is a beautiful short, shot in a Long Island, New York beach town. It has the feel of a world of its own, yet it has the elements we are exposed to in our lives. Having the courage and perseverance to do what we believe to be right is one thing that can be taken away from this project.”

The Summoning, by Alberto Rodriguez, is another project he co-produced, and it tells the story of a law student uncovering some bad things that put her life at risk. “Becoming aware of things that are not right and then effectively doing something about those things is my theme right now,” he said.

Tyler had this advice for young people:

“Don't listen to people who tell you what you can't do; listen to people who have experience in the things you want to accomplish. Spending a large portion of your time around people who share or support your goals can help you achieve them. Having respect for others will take you a long way in life.”

He also talked about motivation for those leaving their comfort zone to pursue their dreams.

“If you are an artist who spends most of your available time around people in the artistic world, that will help keep you motivated,” he said. “Another thing is to have a realistic plan of consistent income for your living expenses.”

In  Asylum, which was Tyler’s first theater production, he treated the basics like they were a top priority.  “I attended all rehearsals, I paid attention to what the director and other cast members were doing, and I put in work while at home,” he said. I still treat all of my projects with the same attention today.

“If you have dreams and mix them with clear goals, discipline, and consistency, you absolutely can achieve them. Actions speak louder than words; to show caring is the most significant thing we can do to have a positive impact.”