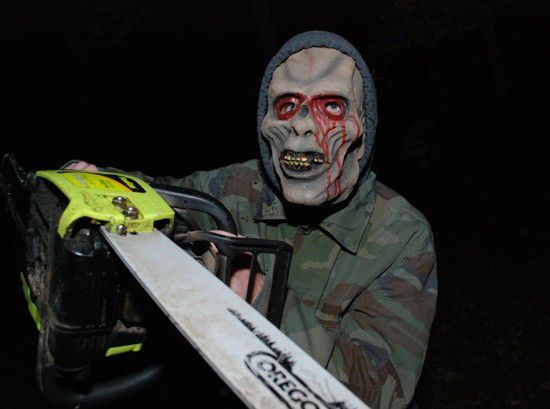 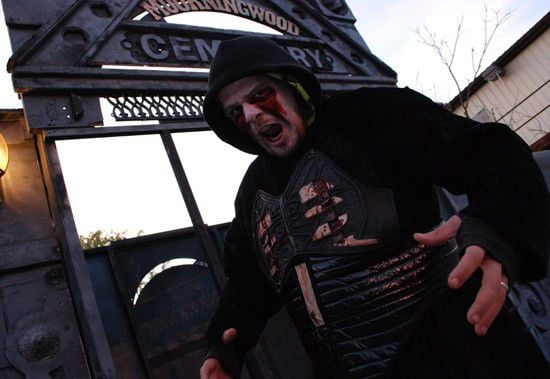 An excellent start to a terrifying night.

An excellent start to a terrifying night.

What to say about the Asylum House? The proprietors of "Fear and Fetish in the Dark" are doing better what they've always done well. And what they're trying new, they get right the first time.

First up: the blackout house. Last year I applauded it for the placement alone; this time around they've designed it in an even more wibbly-wobbly, topsy-turvy, claustrophobic manner than last year. It's definitely the standout blackout house of the year. The 3-D room, always a highlight, is pretty much one big love letter to horror classics, from Rod Serling to the Addams Family, which gives it a nostalgic edge over most other 3-D houses. It's also the only 3-D haunt I've ever actually gotten lost in.

And of course, Asylum's standout remains its in-your-face actors, who go full-contact, full-bore horror and aren't above throwing the occasional visitor under Jack the Ripper's bed. Hell, the horror sometimes starts before you leave the parking lot. (You've been warned.) In particular, the outdoor carnival wood maze is populated by hilariously over-the-top clowns who aren't afraid to get in your face. And the classic indoor house with everything from dominatrices to screaming Victorian maidens lives up to its reputation.

The closing hunted-by-hellbillies sequence, which is only a couple of years old, feels so long and intense that it honestly seems like it alone is bigger than the entire Asylum experience of 2005. Highest recommendation.