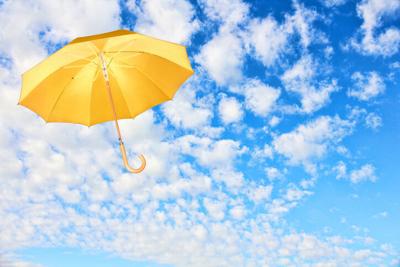 Mary Poppins flew onto the Beef & Boards stage on May 21, 2022, amid an Indianapolis storm akin to author P.L.Travers’ Australia birthplace, “Where high, wild winds blow everyone into a dither and make almost anything possible,” according to a book that’s been within easy reach of my desk for a very long time.

The Banks family connection with a most unusual nanny originally surfaced in 1934. We were in the midst of a difficult time with global conflicts igniting worldwide and financial instability seeping across all economies. P. L. Travers, who started her multiple careers as a Shakespearean actress, was a seasoned journalist and nonfiction book author with a deep understanding of family dynamics at the core of a nation’s sense of legitimacy when Mary Poppins first appeared in a book of fiction, representing someone we hold as a wisdom keeper.

Even in the lightheartedness of a Disney makeover of a stern approach to child-rearing, we can gain a great deal of wisdom about how economics plays into the sense of self, community, and of nationhood. One has to take to heart the crux of the matter that sends Mr. Banks into a personal crisis and to his ultimate recognition that making money is not the sole reason to be alive; that caring about—not merely monetarily for —family is central to one’s humanity, and thus the vital force to fuel our caring for the plight of others. The simple joy of flying a kite invites us into the oneness with the natural world that both enhances us and challenges us to be caretakers, not ‘takers’ who use up resources with no personal responsibility for our collective greater welfare.

Adolph Hitler took leadership of Germany in the Fall of 1933. He won on the premise of making Germany great again. World War II began in Europe on September 1, 1939, when Germany invaded Poland. Great Britain and France responded by declaring war on Germany on September 3, 1939. If all this sounds terribly familiar a century later, in our own time, it’s because it is a familiar pattern of overreaching by people who disdain everyone but themselves.

An east wind blows Mary Poppins straight into the nursery of the fictional Banks family living in a comfortable house at Number Seventeen Cherry Lane, London; seemingly strange things happen before a west wind carries her off. At a crucial moment within family and community dynamics, an east wind carries Mary Poppins back to the household.

We are there through it all to experience all the amazing realities of our private and public imaginations.  The cast of 25 on stage, the orchestra of five hovering above the stage, the creatives, the backstage crew and the kitchen and serving staff all fold into the bustle that happens throughout the live theatre experience at 9301 Michigan Road, Indianapolis, 46268.

Indy’s Child magazine is a supporting partner for this production.

The world's most beloved nanny brings enchantment and excitement with her everywhere, in a series of eight books, all illustrated by Mary Shepard; find them at your library and at local bookstores. None were yet on sale in the Beef&Boards gift shop.

To celebrate International Archives Day, the Songbook Archives Day Open House is scheduled from 11 a.m. to 4 p.m., June 9, at the Palladium at the Center for the Performing Arts, 1 Carter Green, Carmel. Admission is free, and more information is available by registering at TheSongbook.org/ArchivesDay.

The event will include educational presentations, activities, and displays of some of the treasures housed in the Songbook Library & Archives, from Ella Fitzgerald’s elaborate stage dresses to musical arrangements from Andy Williams’ iconic TV specials. Visitors can learn about archival materials and practices; test their knowledge on the best ways to store photos, records and other media; and explore the various types of notated music, from simple sheet music to full scores.

Hourly presentations will include:

3:30 p.m.: “Mini-Concert from the Collections” – A special preview performance by Olivia Broadwater and other cast members from the upcoming local musical production I’ll Be Seeing You: Love Stories of World War II, premiering June 11 at the Palladium.

Attendees also can tour the Palladium’s Songbook Exhibit Gallery, which currently features From the Jazz Age to Streaming: The Soundtrack of the 20s/20s and artifacts, including the 1931 spinet piano used by songwriter Harold Arlen to craft such tunes as “Stormy Weather,” “Over the Rainbow” and “Come Rain or Come Shine.”

July 9-10 Indianapolis Symphony Orchestra plays live to a screening of the Disney film “Mary Poppins” at the Hilbert Circle Theatre. Learn more and tickets at IndianapolisSymphony.org