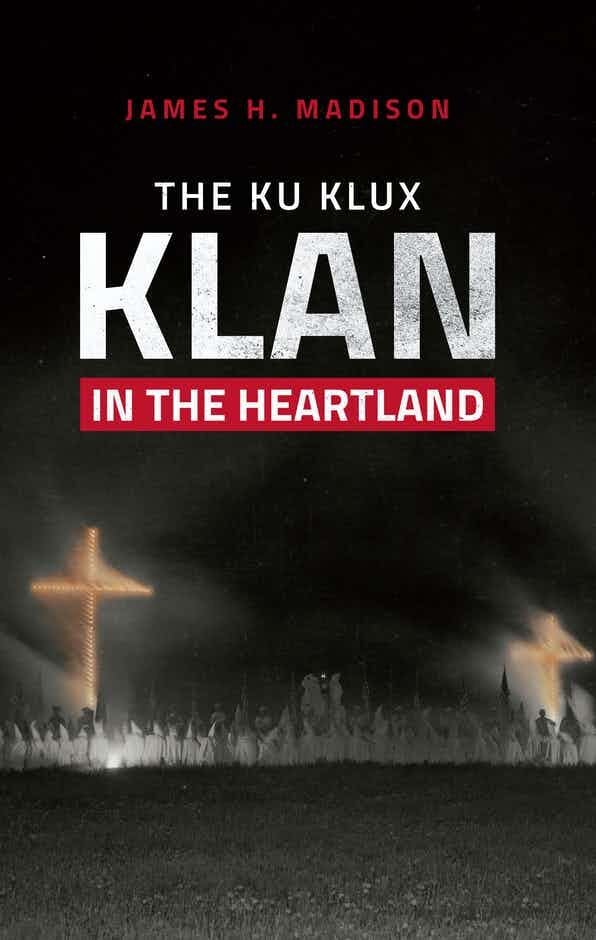 The Klu Klux Klan in the Heartland by James Madison 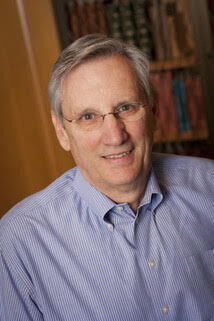 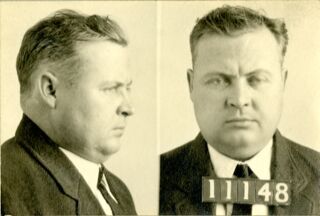 D.C. Stephenson cover photo with permission of the Indiana Archives and Records Administration

The storyline certainly has a contemporary feel, but this particular shady character had his heyday long ago.

He is not Donald J. Trump, the 45th president of the United States.

He is, or was, D.C. Stephenson, the Grand Dragon of Indiana’s Ku Klux Klan who, during the 1920s, dominated the state of Indiana from the governor on down.

By now, 100 years later, the story of the spell cast by the evil Stephenson (who was Texas-born, an interloper, not one of us) over the good people of Indiana is familiar to anyone who knows the state’s story.

But that’s not the whole story, says historian James H. Madison in his revelatory new book, The Ku Klux Klan in the Heartland (Indiana University Press).

The whole story is even more uncomfortable.

“Blaming a wicked Grand Dragon absolves all others and makes the Klan a fluke occurrence that arrived and disappeared along with Stephenson,” Madison writes.

The popular telling is that, once the head of the snake went to prison — in 1925, for second-degree murder in the death of a young woman— his Klansmen followers slinked away and shut up.

But they didn’t. Madison’s awkward truth is that even after Stephenson donned stripes, Klan-backed candidates, Republicans all, had great success at the polls. In Indianapolis, they won the mayor’s office and also control of the city council and the school commission.

James Madison probably knows more about Indiana history than anyone else: He’s an Indiana University history professor emeritus, where he taught since 1976, winning numerous academic awards along the way; this is his fifth book on Indiana history.

Madison notes that Indiana’s Klan was still thriving in late 1927, The New York Times reporting that even as Stephenson headed into his third year of imprisonment, “one sees few signs of a great and united population wave that will sweep all the bad and stupid men out of office.”

What was the New York Times doing in flyover country? In the 1920s, the Ku Klux Klan was more dominant in Indiana than in any other state. The level of Indiana’s bigotry was extraordinary; it was news.

About a third of white, male, native-born Hoosiers had joined the KKK, and a sizable number of white women got involved by forming the WKKK. Madison includes in his book some 80 photographs that illustrate how open the Klan was, how acceptable it was: Klan parades through the downtowns of several Indiana cities, Klan cross burnings, Klan funerals, Klanswomen at a picnic, Klansmen marching with an all-girl band, a group of robed children riding on a parade float, one holding a sign that says “Ku Klux Kiddies.”

Reprinted on page 65 is a newspaper advertisement for a Klan-financed motion picture to be shown at the Cadle Tabernacle, Indianapolis’ premiere large venue. “Don’t Fail to See ‘The Traitor Within,’” the ad advises. “A Well-Sustained Love Romance Around Which Are Builded the Features Interesting to Klansmen.”

The past tense of build is of course built. Builded isn’t even a word. Nevertheless, Madison, whose extensive research included combing through the Klan’s membership rolls, writes with confidence that the Hoosiers who joined the Klan “were not rubes” but rather “respectable Methodists, lawyers, Masons, police officers, church women, teachers, mayors, and businessmen.”

In other words, some of Indiana’s finest citizens. But not the finest. “Few of the wealthiest and most powerful men joined,” writes Madison, as they “tended to fear the disruption the organization caused to traditional institutions.”

Klansmen are best known in popular culture for their targeting of Blacks, and Indiana’s Klan, of course, was anti-Black. The Klan was anti-Semitic as well. But in the 1920s, the state was home to few Blacks and few Jews.

Indiana did, however, have a lot of Catholics and these were the Klan’s chief enemies because many were foreign-born and all of them, even the second-generation ones, owed their allegiance to Rome.

What Catholics, Blacks, and Jews had in common was, they were “alien.” They were not “100 percent American,” yet they were getting too comfortable in this country —  they were building businesses, schools and churches, they were threatening American culture, which during the “roaring” 1920s truly was changing, getting rowdier, boozier.

The state’s power structure caved to the Klan entirely.

In the 1924 campaign, although Blacks, Jews, and Catholics voted reliably Democratic, even the Democratic Party refused to condemn the Klan. They debated condemning the Klan but decided against it. But at least they weren’t full-on Klan enthusiasts like the Republicans.

The Republican party was 100 percent all-in with the Klan. Many of the state’s top elected officials were themselves Klansmen. Indiana’s governor was a close associate of Stephenson. Indianapolis’ mayor, John Duvall, was himself a leading Klansman.

Protestant clergy either said nothing against the Klan, or else they backed the Klan ardently, publicly.

Indiana’s celebrities said practically nothing. Madison notes that in the 1920s, the state was home to a slew of best-selling authors, but only Meredith Nicholson spoke against the Klan.

Indiana’s newspapers said not much. The Indianapolis Times hit the Klan hard and won a Pulitzer Prize, but its investigations and condemnations came only after Stephenson was in prison.

Madison’s book likely won’t boost the morale of the people of Indiana. Madison knows that, and he defends his approach to history in the introduction: “Some self-styled patriots have sought to sweep this kind of story under the carpet and replace it with myth. Out of ignorance, selfishness, or malevolence, they deny the past. They prefer to tell only comforting stories that celebrate American greatness. They manufacture bedtime tales suitable for frightened children. Such comfort history violates the craft of historical scholarship and enables Americans to sustain some of our worst traditions.”

About the only feel-good story in Madison’s 250-page book is this: On May 17, 1924, Klansmen rallied in South Bend. Hundreds of Notre Dame students “sprinted toward downtown, where robed Klansmen were directing traffic toward the rally site. Students began to send cars in the wrong directions.”

Story gets better: The students marched to Klan headquarters, where a large electric cross with red light bulbs was displayed in a third-floor window. Adjacent was a small grocery store with a barrel of potatoes out front. The students chucked the potatoes at the red light bulbs, obliterating all but one. At which point, Harry Stuhldreher, Notre Dame’s star quarterback, “grabbed a potato, took aim, and threw a touchdown pass.”

Madison allows that last part, the bit about the quarterback, is likely apocryphal.

Dang. It’s such a good story.

Will Higgins is a freelance journalist living in Indianapolis and writing a book about table tennis in the 1930s and 1940s, a sort of “golden age” of table tennis.