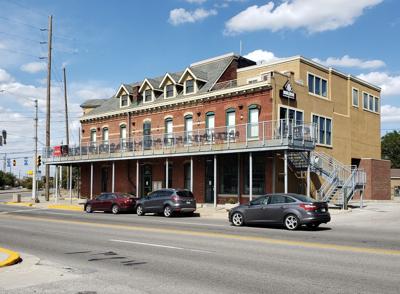 I had a dream about a month ago in which I came across Kurt Vonnegut in his native Indianapolis. He wasn’t, however, anywhere near the museum that bears his name.

I was, in said dream, taking a break from Uber driving. I had stopped at the Waffle House on Lynhurst Drive, across I-465 from the old (now defunct) Indianapolis Airport. The author was nursing a cup of coffee at the counter and improbably smoking a cigarette — what restaurant lets customers smoke these days? — while reading an old copy of NUVO.

As soon as I sat down at the counter beside him, he asked me what his friend, NUVO’s David Hoppe, was doing now. I told him that he was living in Michigan City.

Having read most of Vonnegut’s novels, I’ve been a fan of the Kurt Vonnegut Museum and Library since it first opened in 2011. Its first incarnation was in the Emelie Building at 334 N. Senate Ave., in space donated by the law firm Katz Korin Cunningham. They moved out of this space in early 2019.

I’m pleased to see that on Saturday, Nov. 9, the museum will have its grand opening at 543 Indiana Avenue — billed as the museum’s forever home — coinciding with their annual VonnegutFest.

The annual celebration of all things Vonnegut, will happen Saturday.  There will be a ribbon cutting, a Happy Birthday Wanda June Celebration, a So it Goes Literary Arts Journal Release Party and Readings, the unveiling of the Frank and Katrina Basile Community Room, and the unveiling of the Slaughterhouse-Five Permanent Exhibition.

This also is a celebration of community buy-in. That is to say, it took significant participation from the Indianapolis community to raise the $1 million to make this dream possible.

But they’re not done fundraising. Currently they have a $40,000 Kickstarter campaign for an exhibit called Unstuck in Time: A New Slaughterhouse-Five Exhibit. The project, centered on Vonnegut’s most iconic novel, is an all-or-nothing deal: Either they reach their $40,000 goal by Nov. 13 or the project won’t get funded. And they have a long way to go.

I asked him what he was doing in a Waffle House, in — let’s just say — not the most engaging part of Indianapolis.

He just shrugged and said, “It’s your dream.”