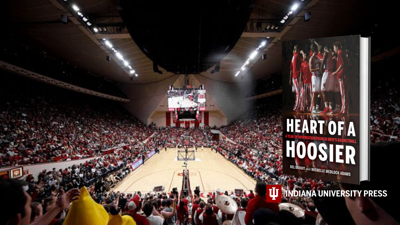 Basketball is a team sport. The team in possession of the ball is the offense. The team without the ball—but desiring it—is the defense. From the top, the referee’s toss sets into motion the ’tip-off’ — the scramble for possession of the ball; forward from this instant, the drive for ownership is in constant flux. Within an eye-blink you’re either en route to making a basket for your team, or working to thwart a net-swish by the opposing team.

Five individuals on each team honed as centers, forwards and guards, work as a perfectly balanced machine. Everyone knows the violations list and time restrictions within the rules of fair play.

It’s a game requiring smart fast-thinking and long-term skills-building centered around the basic five: dribbling (ball handling), shooting, passing, jumping (rebounding), and defense—powered as much by faking, timing, unnerving as by physically blocking, the no-no that gets a whistle and a free point for the other team with a successful shot. Games lost by over-the-top aggression require as much serious reflection as are games won by expert playing.

Basketball is the lingua franca in Indiana. That’s the tip-off for authors Del Duduit and Michelle Medlock Adams. With “Heart of a Hoosier: A year of inspiration from IU men’s basketball,” they are life-coaching us through 52 weeks of motivation “to be better, dream bigger, and never give up.” Historically-based moments in the lives of players and coaches, who have been delivering both jubilation and heartbreak to the faithful followers of the Cream ’n Crimson teams across generations, serve as the jump-off to become a better player on the team of life.

“We all face trials and problems. It’s part of life.” That’s the mantra of this book centered on something beyond skills and smarts. That ‘beyond’ is identified as inner resources not only “to overcome the storm,” but to “be prepared for it to hit” and face it with positive action. Without directly saying so, what the authors demonstrate throughout the vignettes and the exercises with prompts to write down the positives and negatives of your life as you perceive them, is primarily to develop the art of ‘be aware’ so that there is less of having to mop up from storm damage.

While it’s useful to have a mop and bucket at hand, per chapter one, the better part of wisdom for the long haul, per chapter 52, is to be aware of what triggers a behavior you’ll regret the moment you succumb. In between, we’re asked to take stock of ourselves. Yes, we’re invited to write on designated pages of this paper edition, published by Quarry Books, an imprint of Indiana University Press.

Essentially, the book offers a way to learn to overcome anything that inwardly holds you back. Week 14 pointedly asks, “Do you have the heart of a champion beating inside you?”

The incident that prompts this challenge is the buzzer-shot that gave underdog IU the win over favored Kentucky. At the end of the game on December 10, 2011, the final score read: Indiana 73, Kentucky 72.

With “six seconds on the clock,” Verdell Jones gained possession, “flipped the ball back to Christian Watford. The 6’9” junior let a three fly, shooting over a Kentucky defender flying at him.”

There’s a whole book-worth of life-coaching in this scenario. In the crunch, guard Verdell Jones III trusted his teammate.

Jones went on to play professionally in Greece, France, and Japan. When he retired, he returned to his hometown, Urbana, Illinois. A friend alerted me to a column by Jay Simpson, writing in the July 14, 2020 issue of the News-Gazette [Champaign, Illinois]. The headline: “Next step for Verdell Jones: ‘Serve the community that raised me.’

Alabama-native-power-forward Christian Watford went on to play professionally, with an initial stint with the Pacers. He remains a presence on the IU campus. I caught his most recent post: “Man of Faith! Tough times don’t last…Tough people do.”

That neatly sums up the premise of “Heart of a Hoosier.”

IU Basketball goes back to 1900, starting under coach James H. Horne. Their first game brought them to Butler for a 17-20 loss. If you lose first off, everything is uphill after that.