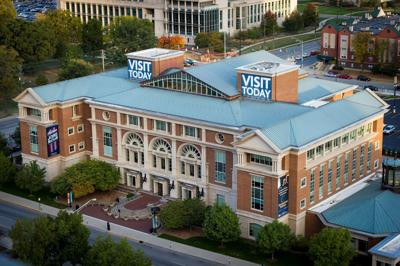 Notice of the newly published A Heart Divided: A Shaker Teen During the Civil War, by Elizabeth O'Maley, fills the last page of the current IHS member magazine.

“How timely,” was my immediate reaction. The Shaker faithway that developed in England in 1747, and brought to Colonial America in 1770, was to separate themselves from the mainstream as a sustainable farming-handcraft community with an ordered, joyful mindset. It sounded like a blueprint to sequestering during COVID-19. The book arrived late afternoon.

This engrossing young adult novel is set in Pleasant Hill, Kentucky, from September 22-October 24, 1862. I savored O’Maley’s skillful weaving of time, place, characters and the arc of events. In the midst of the Civil War, the pacifist Shakers provide equal hospitality to whoever trespasses their property — in this case soldiers for North and South. O’Maley shows how the Shakers counter rudeness with kindness, belligerence with humility. While they don’t take sides, they do expect civility. They lead by example, believing in the inherent goodness of everyone.

No spoiler here; I’m revealing only that 16-year-old Anna Stewart, within this narrow window of time, makes a life-changing choice. Taken in and cared for by this Shaker community, when she and her siblings were orphaned, she has been content over the past ten years. What I learned about who fares well apart from, and who yearns for, that larger world once the door opens, indeed is helping me understand and appreciate the breadth and depth surrounding what is happening in my community in the here and now. O’Maley conveys how the disruption of an ordered lifestyle is particular to each person as well as to a community.

But there’s more than being caught up in ‘living apart’ that makes this a compelling story for everyone, not just teens, and not just in a divisive society — in 2020 as in 1862. O’Maley gifts a reader with fully dimensional characters who easily can fit into any crisis moment — be it war or pandemic. Her bent is for painterly descriptions of place and truthful unfolding of a person’s inner thoughts and outer persona.

The now historical site in Kentucky’s Bluegrass region becomes as alive in A Heart Divided as does the mythical Brigadoon on stage or in its film version. What brought me to conjure up  Brigadoon is how each interfaces with the soul of love in its fulsomeness.

Perhaps, as well, is the memory of having stepped around what was West Union Shaker Village, the United Society of Believers westernmost community, 15 miles north of Vincennes in Indiana Territory. Established in 1811, with many Free Blacks as part of the commune, this location suffered at the onset from repercussions of the great earthquake and then from the constant skirmishes between the Indian Tribes defending their ancestral home, and the U.S. militia under General William Henry Harrison intent on opening the territory for settlers. Here, as in Pleasant Hill, Kentucky, outside forces of conflict strained the pacifist Shaker faith. Although there was a viable link with the utopian New Harmony, the Shakers left this Indiana site in 1826.

It’s the humanity that grows through fine storytelling that marks A Heart Divided for a secure place within coming-of-age literature.

The back cover identifies O’Maley (1947-2014) as a school psychologist in Ohio, Kentucky, and Indiana. IHS Press published two previous books before posthumously publishing this coming of age novel. A week later, I was unwrapping By Freedom’s Light, published in 2009, and Bones on the Ground, published in 2014. Again I found each book of timely consequence.

The thrust in all three books is making choices and absorbing the consequences into the stream of life — personal and communal — allowing readers to absorb how and why the action of an individual has an impact on the world beyond self. Leading us to a powerful conversation about why we come to embrace certain beliefs and act on them, each of O’Maley’s books can help us ’see’ why and how we got to where we are at in 2020.

By Freedom’s Light is set in the 1840s frontier Whitewater Valley of Wayne County Indiana, where 13-year-old Sarah Caldwell’s father re-settled the family from their home place in Greensboro, North Carolina, following the death of his wife. Over the past year, “His decision to trade old comforts for new hardships was a constant source of sorrow for Sarah.”  Her father’s new wife, Eliza Ballard, is Quaker, an abolitionist and half her father’s age. Sarah is not a happy person. She was square in her Presbyterian and slave-holding culture.

Basic to this story is understanding the divergent attitudes towards the enslavement of people in a nation with a mandate of “Liberty and Justice for All.” In 1806, Jeremiah Cox came from North Carolina to northeast Indiana territory to establish a land of promise free from slave-holding. By the time Henry Caldwell arrived some forty years later, with his youngest daughter Sarah and his sons Thomas and Sam, communities were built up amidst the still-standing dense forests.  And by this time there was an active involvement by free Blacks, in relationships with non-blacks, to assist enslaved individuals to gain freedom. The Levi and Catherine Coffin home was the established station at that time in Newport, now renamed to Fountain City.

While the Caldwells had no slaves, Henry’s eldest daughter Rachel married into a slaveholding family. With the arrival of Rachel, her newborn baby, and the slave girl Polly, to the Caldwell’s small Indiana cabin, the paradigm begins to shift from Sarah’s self-centered pouting to a growing recognition of what, in her mind, is right and just. Polly, too, begins to recognize that Rachel’s husband is about to countermand the directive that Polly never would be separated from her ‘family’—white and Black. Sarah and Polly act according to their conscience and comprehension of the truth as they each weigh the possible outcome of choices open to them — each fraught with peril.

O’Maley takes a reader through the reality of life within the larger context of the United States in each of these coming-of-age novels. Believable characters within true-to-life settings and situations lead us to understand motivations of characters — those we might disagree with as well as those we agree with. In the end, we can understand ourselves more fully, and become open to divergent points of view.

Between the historical fiction settings in By Freedom’s Light and A Heart Divided, O’Maley wrote Bones on the Ground, which reads like adocudrama.  It’s a wordsmith’s clear call to ’see’ in the mind’s eye, to feel the push and pull through imagined soliloquies based on historical documents, and bookended with incidents as best they can be reported from 1750s through 1850s.

Little Turtle recalls, “The Great Spirit was generous. The land met our needs In great abundance…Kekionga, [now Fort Wayne, Indiana], the heart of Miami country…was the glorious gate through which the words of our chiefs passed from north to south and east to west. It was our greatest center for trade…”

Life in the mid-18th century, for tribal people, still was at one with the seasons and environment, and the entrepreneurial spirit among this continent’s original residents. But then came another point of view. A  view of conquest of people and of place that undermines the core values of stewardship of place.

Little Turtle introduces himself as a Miami warrior and a hunter of merit. His recollection is situated in the Old Northwest Territory of 1777, but it might as well have been in a foreign land because what he speaks of has been cut down, asphalted over, poisoned with toxic waste, depleted as a renewable source of food, clothing, shelter, educational, cultural continuity; eventually divided into plots where people pull cars into garages, lock their doors and eschew communal gathering for the greater good; the original richness of spirit deflated into where we now are.

Bones on the Ground dispenses powerful medicine of how humanity, in its richest potential is supposed to function. O’Maley equally gives voice to those who devalue the Tribal way of life and who cannot contemplate finding a way to live and let live peacefully. The Delaware philosophy is pacifist; they suffer because of it. O’Maley takes us through battles, unfolds intrigue, shares multiple voices. The waterways of Indiana resemble the lines on the palm of my right hand. With that I can trace what happened across a century to remove People from their original home place, and I realize coming to terms with the supposed truth, based on who is telling the story, is in my hands.

How do I feel about all this? I’m grateful to have a place to live as a first-generation citizen born into an immigrant family. How do I show my gratitude? Through keeping the story of our Original People alive within a public arena and saying thank you in person to the descendants who have retained their humanity and culture despite intentions to wipe them out.

History is messy. Truth-telling history is not always welcome or safe. Elizabeth O’Maley has an amazing talent for bringing us into it intimately.

Bethany Hrachovec, director of education and engagement at the Indiana Historical Society shared how teachers use O'Maley's books and what has been the effect for students.

“We often hear from teachers who are using O’Maley’s books, and other IHS Press books, to help bring new perspectives into their classrooms. They often are teaching Social Studies or Language Arts, and use the books as a way to teach cross-curricular content,” replied Hrachovec, in an email exchange. “Through conversations with educators, the IHS education team has learned that the books that are most useful to our teachers and students are the ones that introduce students to new thoughts and ideas that they may not be introduced to in their daily lives.

“IHS is using two key forms of programming to assist teachers and students with gaining perspectives in teaching [and learning] history,”  she explained. “As the state affiliate for National History Day, we have the opportunity to connect educators with scholarships for national educational programs designed to help teachers gain broader perspectives. Indiana has a good reputation of not only having a large number of teachers interested in these opportunities, but also a good reputation of taking that information back to their districts for implementation.”

Hrachovec points out, “Through the resources we provide we can encourage the exploration of historical truth, based on factual evidence as seen through primary source research and analysis based upon verification of sources through multiple mediums. We encourage students and teachers to become historians and to interpret historical events based on the evidence they find, to explore broader perspectives in history and look at stories through new lenses. By connecting students with stories, we are able to encourage the building of empathy. Encouraging students to explore stories that relate to their interests or to explore stories of individuals, or smaller events, allows them to feel more connected to the past.”

The other IHS program is direct engagement through the Summer Youth Book Club, specifically geared for ages 9-13.

Of current consequence, reported Hrachovec, “Several parents and guardians, who have taken on educator-like roles during Covid, have been able to listen in and continue the conversations from the selected book in their own homes.”

This summer students read Alone: The Journey of the Boy Sims, by Alan K. Garinger,  follows Joshua Sims traveling alone, in 1833, from northern Indiana to Detroit and back, and encountering individuals with perspectives and backgrounds different from his own; and  By Freedom’s Light.