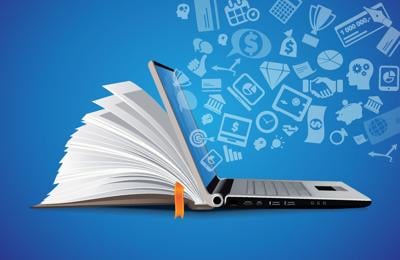 American Pianists Association “Episode One: From the Piano Bench,” on  April 26, featured Dominic Cheli, one of the five 2021 Awards finalists, and 2007 Awards Winner Dan Tepfer, in conversation, and a bit of riffing on their pianos about the enduring delight of creating your own variation of Bach’s “The Goldberg Variations,” the popular designation for his Klavier-Ubung, iv, [Klavier Exercise] published in 1741/2. Bach built his 30 variations as playing exercises upon the concept developed by Johann Kuhnau, his immediate predecessor at St. Thomas in Leipzig.

The bag of gold and a sleepless prince story surrounding the ‘Goldberg’ designation seems at best apocryphal, though it is known that Bach gave a copy of his thirty variations for harpsichord to his 14-year-old student, Johann G.T. Goldberg  [1727-1756].

Milton Cross, in his “Encyclopedia of Great Composers and Their Music,” notes: “[T]he Goldberg Variations, with proper justification might have been entitled The Art of the Variation [as an] elaborate work, consisting of thirty variations on a stately sarabande theme.”

The sarabande, Zarabanda in Spanish,  originated in Latin America, traveled to Spain in the early 16th century, only to be “banned by Philip II in 1543 because it was regarded as loose and ugly, ‘exciting bad emotions’,” according to the citation in the “Oxford Dictionary of Music.” By the time the sarabande arrived in France and England, it had morphed into a stately version, in slow triple time. Bach, in effect by making no tempo notations in the score for the variations, challenges the player ‘to exercise’ more than nimbleness of fingers. The Variations open themselves to a  player’s personality and dancerly aptitude, which leads me to remark on what fun it was to experience Tepfer’s body language as Cheli was playing snippets on April 26.

To learn more, in advance of this program, go to: https://www.americanpianists.org/apa-blog/304-bach-jazz-goldbergs?fbclid=IwAR3IV0BOOsCyzXzqYjd9sGtCe_A8NqV0m_DdSTpfXPs64qBCx45jm_6HKJM for a conversation between  writer, pianist and lecturer Stuart Isacoff and APA’s Lee Clifford to discuss Bach, jazz and the Goldberg Variations. (scheduled May 3).

Episodes two-five: “From the Piano Bench” are accessible here: Facebook event on

Catch past live videos here, including the April 26 Episode One: https://www.facebook.com/APApianists/live

“This live stream series will have no impact on the judging for the 2021 American Pianists Awards, “ wrote Daniel McCullough, APA Media Specialist, in an email to nuvo.net. “Originally we had scheduled for the five finalists to appear in New York at Steinway Hall for a Media Event where they would be announced as the 2021 Awards finalists in a more formal setting. That event, like so many, had to be canceled due to COVID-19.  “From the Piano Bench” is our way to let the general public get to know the finalists before they begin competing in the competition officially.”

McCullough said that the Premiere Series, where the official judging begins, is scheduled for the Fall, with dates to be announced. He suggested that the best way to keep up to date is by subscribing to the APA newsletter at americanpianists.org/newsletter

American Pianists Association also directs us to these programs:

More to do with the Arts :

"Beef & Boards Behind the Scenes." Facebook Live event on May 1, at 10 a.m., “with your coffee and questions,” invites Patricia Rettig.  Musical Director Terry Woods covers “what it takes to be a musical director for Beef & Boards -- there's a lot more to it than performing at each show!”

Room by room explores the Queen Anne and Romanesque style Propylaeum Mansion, built in 1888 by brewery owners John and Lillie Schmidt at the corner of 14th and Delaware Sts. Go to:  www.thepropylaeum.org.

and  programs on Thursdays at 2 p.m. Up next:

The Indiana Family and Social Services Administration website, BeWellIndiana.org, offers free mental health resources that have been vetted by experts. The information on this site “is designed to address the increase in anxiety, depression and other mental health issues caused by the pandemic, including both first-time issues as well as preexisting mental health concerns.”