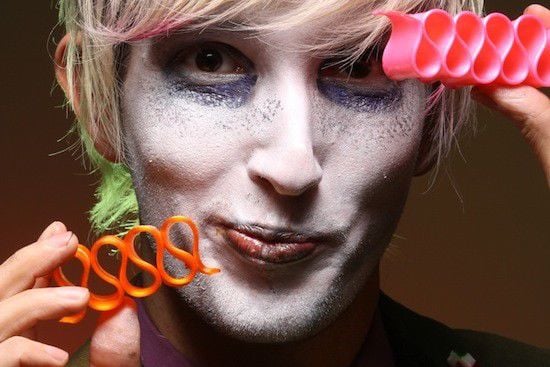 Ryan Mullins as Herr Drosselmeyer in NoExit's 'The Nutcracker.' 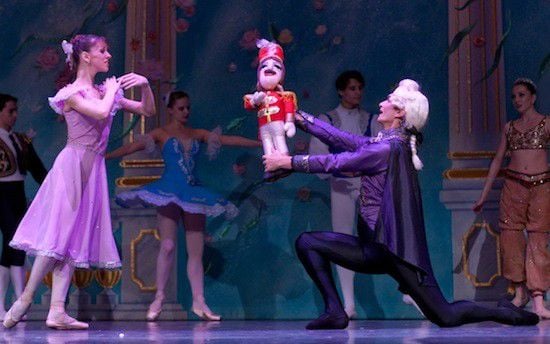 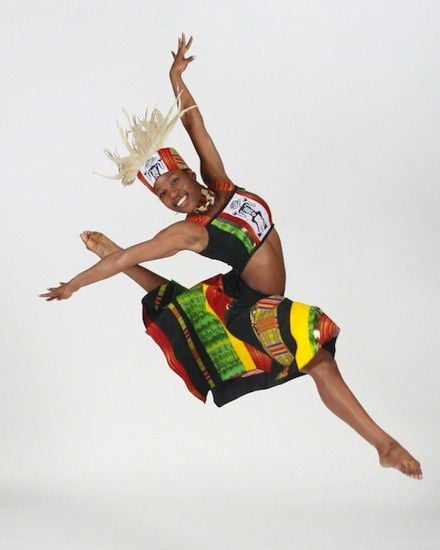 Ryan Mullins as Herr Drosselmeyer in NoExit's 'The Nutcracker.'

The classic story of a little girl’s Christmas Eve dream and her Nutcracker Prince is an undeniable part of the holidays, performed by almost every professional ballet company in the country this time of year. This year Indianapolis has, by our count, a whopping seven productions of the Nutcracker, each offering a different spin on the old story. Enjoy the gift of choice as your decide which Nutcracker is right for you and yours.

“The idea came to me when I saw Red Bastard at IndyFringe,” director/choreographer Georgeanna Smith says. “That was such an interesting show: he’s funny and charming, but he’s a little scary too. It hit me, what if we did the Nutcracker in a dark way? What if it had an element of fun and charm, but it’s also creepy and strange.”

In Smith’s version, a band of misfits share their take on the Nutcracker: “A whole bunch of individuals from this strange world have come together to put on a show for you,” Smith explains. “It’s got some rudimentary theatrical elements to it; it feels like you’re walking into this show they just threw together. It’s vaudeville meets Tim Burton.”

As far as music goes, don’t expect to hear the classic Nutcracker suite. “We sample all kinds of different musical tastes,” Smith says. “There is a little Tchaikovsky, but it probably won’t be what people expect.”

NoExit's Nutcracker, which is intended for mature audiences, will be the first show in the garage bay area of Big Car Service Center. “The venue is totally different,” Smith says. “We are hoping to draw an audience that likes to see tradition ripped apart and stapled back together.” Dec. 1-3, 8-10 and 15-17 at 8 p.m.

Beyond the Pointe’s Naptown Nutcracker

Shortly after Beyond the Pointe founder Nicole Hargro moved her company to Indy in 2009, she started thinking about what kind of show she might present for the diverse crowds drawn to the Madame Walker Theatre.

“I came up with the vision of the Naptown Nutcracker… of having a contemporary modern/classical ballet presentation from my company,” she says. Her vision became to “offer a diverse culture of dance styles, from a variety of countries and ethnicities.”

Instead of Clara, audiences follow Clarissa and her Naptown Nutcracker. “The Naptown Nutcracker exposes [Clarissa] to the land of many cultures,” Hargro says. “All the different cultures are presented from Spanish to Russian. We’ve added a Native American piece, a Chinese piece and an African American piece. It’s not only African American, but also a medley of African traditional ethnic pieces.” Dec. 2-3 at 7 p.m. and Dec. 4 at 4 p.m.

The only touring Nutcracker stopping by Indianapolis this year is the Moscow Ballet’s Great Russian Nutcracker. Choreographed by Anatolie Emelianov, the show centers on Masha and the Prince of Peace. Based on his experience as a young man growing up in Russia during the Soviet invasion of Afghanistan, the story reflects Emelinov’s need to escape war and death.

“Anatolie wanted to do something different,” Moscow Ballet representative Mary Talmi says. “He introduced a new character: the dove of peace, who greets Masha and the Prince as they enter the Land of Peace and Harmony.”

In Emelianov's restructured version, Masha dances through the entire ballet, instead of ceding the floor during the second act to a Sugar Plum Fairy. “It creates a better dramatic arc,” Talmi says. “We’re looking for that lost hope… that innocence we experience at Christmas time.” Dec. 4 at 5 p.m.

As one of the top five dance programs in the country, Butler Ballet's Nutcracker offers a chance to see young ballet performers before they become big stars. “It’s the only one in town that is performed at Clowes Memorial Hall, and it is the only one performed with a live orchestra,” Butler dance department chair Larry Attaway says of his school's production. Featuring 106 Butler students and 25 children from the community, this large-scale performance uses Marius Petipas’ traditional choreography. Dec. 1 at 7:30 p.m., Dec 2-3 at 8 p.m., Dec. 3-4 at 2 p.m.

With its set inspired by Victorian-era Indianapolis, the Indianapolis School of Ballet's Nutcracker is the city's only “indigenous Nutcracker,” according to director of communications Cathy Strauss, who notes that the company has recreated the Morris-Butler House in its scenery. Featuring George Balanchine's famous choreography, including his well-known Pas de Deux in Act 2, the Indianapolis School of Ballet's performance is appropriate for all ages. Dec. 16 at 7:30 p.m., Dec. 17 at 2 p.m. and 7:30 p.m., Dec. 18 at 3 p.m.

Gregory Hancock Dance Theatre's production centers on Klara, a homeless orphan girl who discovers the power of giving when a homeless man presents her with a Nutcracker doll. “This contemporary re-telling of the holiday classic is not set to the traditional Tchaikovsky score,” artistic director Gregory Hancock says. “Instead, it features a wide variety of music and especially traditional ethnic music from several countries.” Dec. 9 at 10 a.m. and 7:30 p.m., Dec. 10 at 2 p.m. and 7:30 p.m. and Dec. 11 at 2 p.m.

The Indiana Ballet Conservatory traditional take on The Nutcracker will feature guests from the Dutch National Ballet. “We also look forward to sharing this gift with local underserved children and families during our free performance on Sunday through ticket donations to Indianapolis charitable organizations,” admissions director Misty Rust says. Dec. 16-17 at 7 p.m. and Dec. 17-18 at 2 p.m.