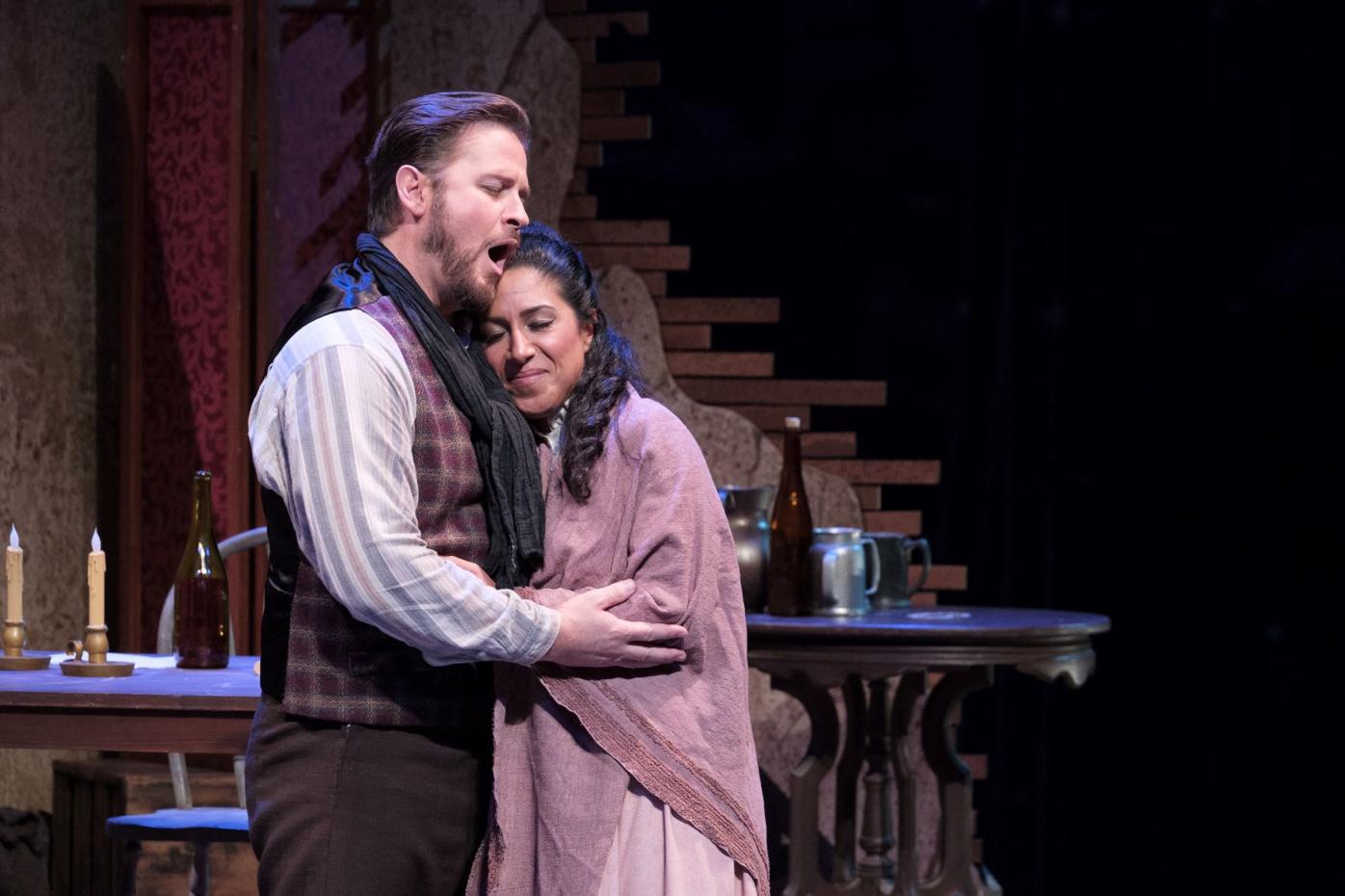 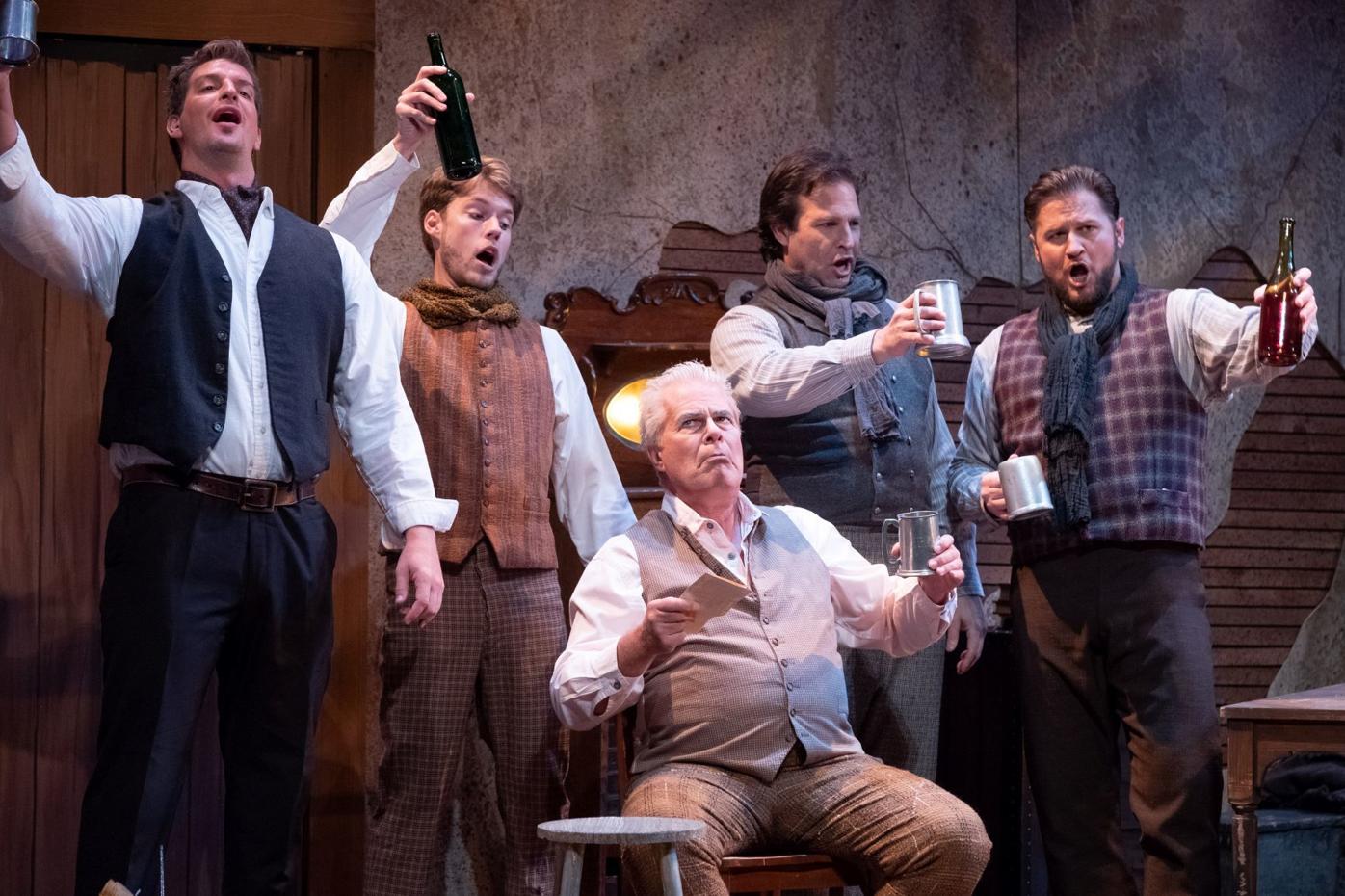 The men of La Bohème

Let me start this by saying I haven’t seen all that much opera since I was a senior in high school, when I saw a performance of Bizet’s Carmen, sung in English, at the IU Opera Theater, in Bloomington.

At the time, I wondered why Carmen didn’t just run away in the last scene, when José was making his last entreaty to her while holding the knife over her head. (After all, he had his libretto to get through.)

But having the chance to see Indianapolis Opera’s La Bohème at the Tarkington, at the Center for the Performing Arts, was a chance that I could not pass up, particularly because my daughter Naomi, age 14, would be accompanying me.

WHERE // The Center for the Performing Arts, Carmel

And this timeless Puccini classic, set in 1890s Paris, would be her first.

Before the performance, I tried to educate Naomi on the prevalence of opera motifs in pop culture by noting that the furry animals in the animated children’s series The Wonder Pets!—Winnie, Tuck, and Ming-Ming too—were often singing their lines, operatically, to orchestra accompaniment. To which my daughter replied not by rolling her eyes, but by saying, “Dad, you should write this in your article because if you don’t it would be a misrepresentation.”

When the curtain opened on a spare Latin Quarter attic apartment, occupied by the painter Marcello and his friend Rodolfo, I wasn’t thinking about The Wonder Pets, however.

I was a little distracted, I have to admit, as Rodolfo—tenor Gregory Turay—started ripping up his latest play and throwing it into the stove in a vain effort to keep warm.

As the two were joined by their friends Colline, Parpignol, and the musician Schaunard—who was just paid for a job and was carrying with him food, drink, and firewood—I fought the urge to check my smartphone.

I was thinking about everything I had to do in the days and the weeks upcoming. Deadlines. Bills. Home repairs.

But then something happened. Soon after the doomed, consumptive Mimì walked onto stage, I surrendered myself to the performance.

It was easy to do. After all, the chemistry between Rodolfo and Mimì was electric.

Mimì is played by the remarkably expressive Cristina Bakhoum Sanchez.

Another knockout performer was soprano Donata Cucinotta. She played Musetta, who dominated Act II, as she rose from her table at the Café Momus and belted out her libretto. And it was hard to ignore the larger than life presence of Andrew Potter, in the role of Colline, a very tall dude whose basso had the force of a lion’s roar.

The performances were first rate all the way around. There were no false notes from the lead performers, from the many children occupying the stage during the Christmas Celebration in Act II, or from the Indianapolis Opera Orchestra, conducted by Craig Kier.

I found the most engaging parts of the performance to be when Rodolfo and Mimì were together onstage, both at the beginning and at the end, when she is dying. No English-language subtitles were needed (although they were there, helpfully) to highlight the chemistry between the characters.

When Mimì dies, it is an understated affair—unlike the final scene of that Carmen performance back in the day. And from this understatement, this production of La Bohème gains enormously in terms of verisimilitude.

I don’t think of myself as a sentimental person, but I did find myself tearing up on more than one occasion. I wondered if my daughter had a similar reaction, so I asked her after the performance, and she said no.

Her favorite scene was in Act IV, right before the death scene, when Rodolfo and his friends were clowning around in the apartment.

“I liked the baguette sword-fighting,” she said.

For the fourth consecutive year, Central Indiana theater companies will sync up to perform the works of William Shakespeare for an annual Bard Fest.