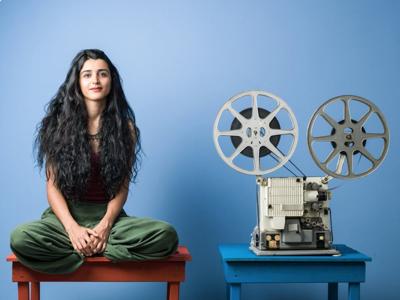 Heartland International Film Festival has been promising — and delivering — something astonishing for the past 28 years.  Through October 18,  the full spectrum of film plays out in a choice of 75 independent feature films, including eight world premieres, 14 U.S. Premieres, and special centerpiece and closing night events.

HIFF29, undaunted by the challenges of COVID-19, is a hybrid model of virtual in the comfort of our homes, along with safely-distancing in our cars at Tibbs Drive-In Theatre and at Conner Prairie’s new pop-up drive-in experience.

Nevertheless, I was feeling daunted without being part of a group, gathering with printed schedules to make a case for our priorities. We’d buy 10-packs, attend opening night, meet the creative teams, hear their filming adventures, and reserve seats.

An Interview with Dennis Christopher, Star of 'Breaking Away'

Important to know now: virtual screenings can sell out just as live events did in the past. We have eleven days to claim our virtual viewing choices after we reserve and 72 hours to finish viewing once we log in. Click here for help.

Beethoven In Beijing shows the current impact of Western classical music after its return to China 50 years ago.

Fandango at the Wall shares the spirit of "Fandango Fronterizo,” the annual music festival on both sides of the Tijuana-San Diego border.

Keyboard Fantasies: The Beverly Glenn-Copeland Story carries us through finding your place and making sense of the world to live a fulfilling life.

River City Drumbeat takes us into a Black drum corps community in Louisville, Kentucky. Black Boys shows another aspect of what’s inherent “to grow up Black.”

Molto Bella is a journey of discovery between a poet and a folk singer.

Storm in a Teacup follows one family’s journey through dementia.

Minari, the Virtual Centerpiece available only on Oct. 14, celebrates family resiliency under hardships beyond human control, though humans are the cause.

MLK/FBI chronicles the federal government harassment of the Reverend Martin Luther King, Jr.; available only on Oct. 18 as the Virtual Closing Night event.

Because I’m social-media challenged, I’m intrigued by Picture Character, an insider view of the people who give us the emoji pictorial language.

But what am I missing? I emailed Miki Mathioudakis, who reminded me the other 10-pack gets us into the documentary and narrative feature finalists. Miki said to email Carol Filkins, who has been screening entries for thirteen years. Filkins reminded me to include the two sets of Indiana documentaries, and suggested adding:

Dear Santa. “This is my "feel-good" favorite of the year, learning how letters to Santa are answered all across the country (from New York to Miami to fire-ravaged California) — the personal stories of the children who wrote the letters and the volunteers who fulfilled their wishes,” she wrote. “This film will leave you smiling (and perhaps prompt a few tears) unless you have a heart three sizes too small like the Grinch. And OPEKA, about Father Opeka's ministry and service with the people of Madagascar, as a beautiful example of the transformative power of film.”

I reached out to HIFF marketing manager Jessica Chapman to share her take on this year's festival. Chapman responded, “We've always been an International film festival showing films from around the world, but now we will truly have an international audience. We've seen a record number of Fest Pass sales, including very strong sales in Chicago, New York, Austin, L.A., and Florida.

Our audience has enthusiastically embraced the virtual festival experience, and we are seeing a huge increase in first time festival goers at the drive-in screenings. The new festival formats have expanded our audience reach locally and across the country,” said Chapman, adding, “You can be the programmer of your film festival and watch more films than in the past. The Q&As and panels are free and will have recordings available on-demand until Oct. 18.”

I’m of course delighted to be free of the parking and find-seats-together hassles.

Chapman’s final pitch: “Even though we won't all be sharing the same space together, we can still have a shared experience around the transformative power of film.”