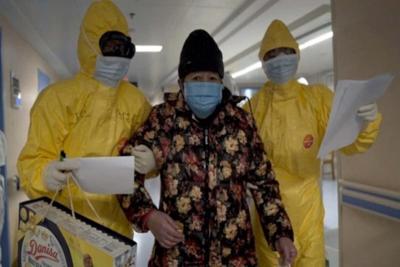 After being engrossed by the refugee story quilt now featured at the Eiteljorg's Uncovering Women's Stories exhibit, I’m particularly drawn to the documentary Tiny Souls, filmed by Dina Naser from 2012-2016 in Zaatari Refugee Camp, Jordan.

After escaping war in Syria with her mother and siblings, Tiny Souls follows Marwa from age nine to her pre-teen years. It’s not so much focused on stolen childhoods as on the resiliency of children to adapt and persevere, so that life in disarray begins to feel normal. And then the unimaginable happens.

It’s just one of the 76 films that are part of the 29th Annual Heartland International Film Festival running through Oct. 18.

Reading Jill Long Thompson’s newly published book, The Character of American Democracy: Preserving Our Past, Protecting Our Future, the film Havel has resonance for what it means to be a person of high, not just good, character. “Conscience, we carry it with us always,” is a quote by Vaclav Havel, the former president of Czechoslovakia.

Born into a family with an intellectual tradition and dedicated to humanitarian enterprise,  Havel eventually found his place as a dramatist, only to have his work banned. When, as a political dissident, he is compelled to speak up and out for the good of the people of Czechoslovakia, the world pays attention. It’s a complicated story interfacing his citizen-centric presidency alongside his brilliance as a playwright and essayist. Now I’m ready to read a biography as a blueprint of why and how a person grows himself into high character.

While I wasn’t able to see as many of the Heartland films this year as I would like, I’ve sought out the opinions of both Heartland staff and stalwart fans.

“Opeka, is about a priest who could have played pro soccer but went to Madagascar for over 35 years,” HIFF stalwart attendee Miki Mathioudakis wrote me in an email. “He pulled people from landfills and taught them to build schools, hospitals and homes; ended up creating over 20 towns!  The closing song is by Bruce Springsteen.”

“I love Stuntwomen, I’ve heard really good things about Freeland, I personally really enjoyed the Black Boys documentary and it is very timely. Breaking Fast has been a huge hit too,  Jessica Chapman, HIFF marketing manager, told me.

Chapman also had breaking news about HIFF29 feature documentary 76 Days being acquired out of the Heartland International Film Festival. “The sale was negotiated by CAA Media Finance on behalf of the filmmakers and Bahareh Kamali and Lance McPherson on behalf of MTV Documentary Films,” reported Chapman.

76 Days is about the first days of the novel coronavirus, as it was breaking out in Wuhan, China.

There’s much more I want to see, but life interferes with binging on HIFF29’s virtual experience. Catch up with what you can at this link.