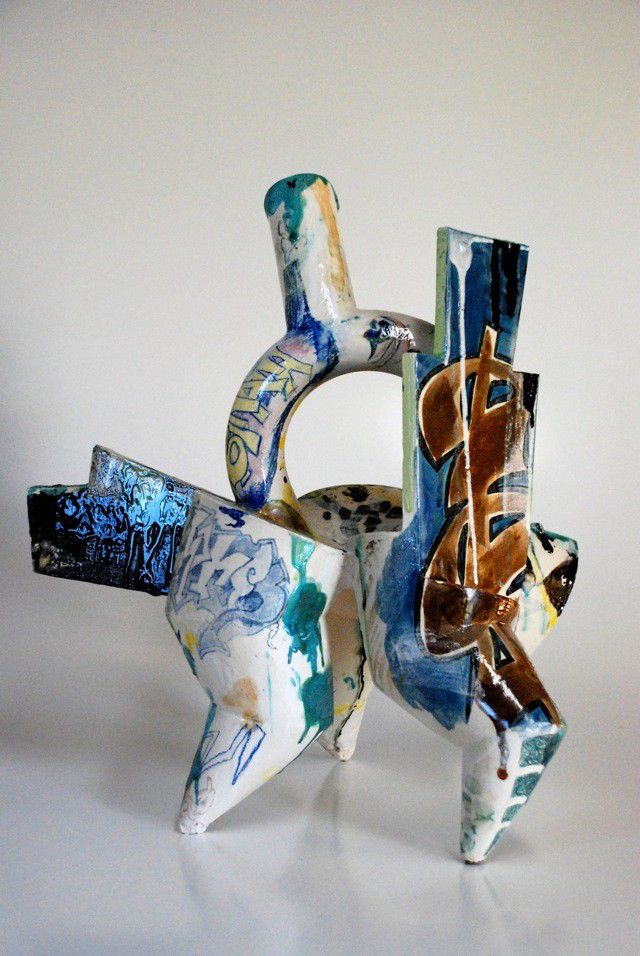 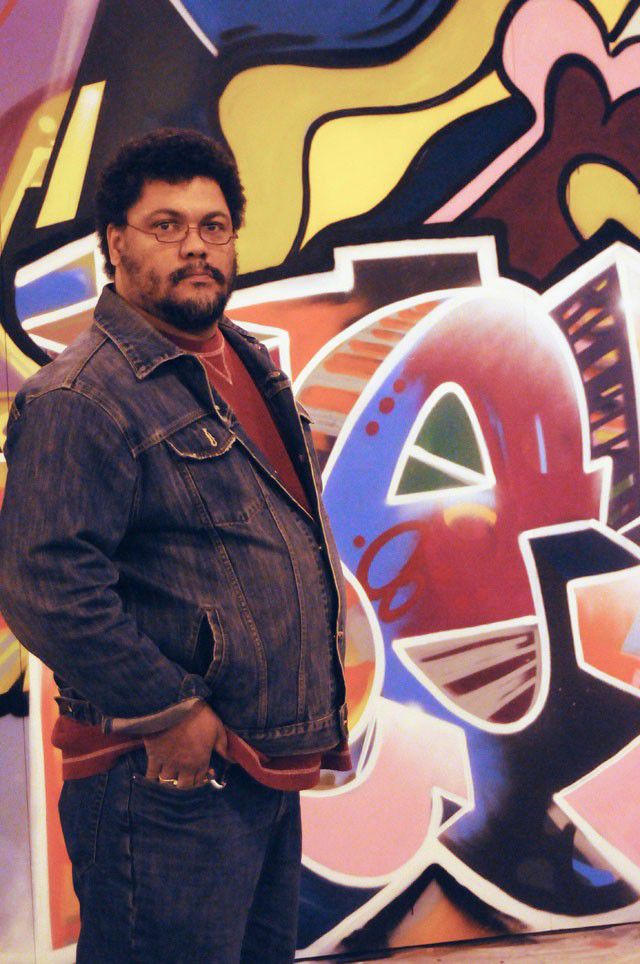 From the beginning of Malcolm Mobutu

Smith’s career as a ceramicist, graffiti has influenced his

work. This exhibit does a spectacular job making such influences

explicit by incorporating a large-scale graffiti wall and a smaller

“collaborative wall” that you can tag.

lettering. The abstract forms that are cut into the body of his

graffiti art. At the same time, this work is also evocative, in a

general sense, of the role of ceramics in ritual tradition. There is

a blend of ancient and contemporary in Smith’s work.

While his recent computer-generated

“Doppods” leads you to the event horizon of ceramic art,

You see a very contemporary, fluid

African pottery-making traditions. But its backside looks like it was

sliced open with a machete. On this slice, as it were, you see a

tied up in a bone as he reaches for a crown. You might wonder if this

is the mental image that certain politicians carry with them when

they fulminate about the president’s Kenyan ancestry.