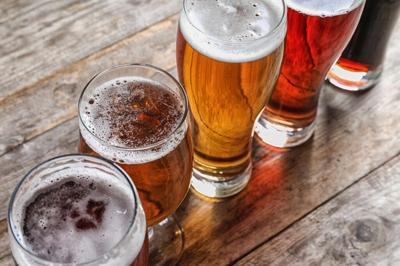 Sun King shined brighter than the competition in the Great American Beer Festival, which was held virtually this year.

The Indianapolis-based brewery earned a Gold Medal for Afternoon Delight, in the Wood and Barrel-Aged Strong Beer category. A bourbon barrel aged Doppelbock with aromas of brown sugar and molasses accentuated with the sweet flavors of vanilla and wood from the bourbon barrels, it topped 65 entries this year, adding to its 2013 GABF Gold Medal Win.  Afternoon Delight also won Gold Medals: Barrel Aged Classic Style, in the 2012 and 2013 editions of the Festival of Barrel Aged Beer.

Sunlight Cream Ale, in Golden or Blonde Ale with 137 entries.  A Sun King regular, it “celebrates American brewing tradition by balancing smooth malt complexity with a crisp, clean finish.” Sunlight was the winner of the Gold Medal at the 2015 Great American Beer Festival and the Silver Medal Winner at the 2010 World Beer Cup in the Golden or Blonde Ale category.

Cherry Busey is a three-time Great-American Beer Festival medal-winning Flanders-Style Oud Bruin Ale, “Produced using a complex cocktail of wild yeasts and aged in a bevy of barrels. A multitude of Montmorency cherries were lovingly liberated to give the beer its tart cherry tang.” This year it was one of 111 entries. Cherry Busey’s previous wins include Silver in GABF 2016 and Bronze in 2015 and 2017.

Pachanga, a Mexican-Style Lager with a crisp malt flavor and thirst-quenching character, competed with 85 entries.

Gold for Moonlite Cream Ale, “Built with Sugar Creek Pilsner malt and a healthy load of maize, [it is] modestly hopped, well carbonated, with a hint of sweetness [to] drink incredibly light and clean.”

Moontown scored a Bronze over 50 entries for Skool House Bock (Maibock), “A strong einbecker-style lager with a bounty of warming caramel malt goodness, balanced to perfection with noble hops.”

Wicked Pawesome, “The first in our line of experimental Hazy IPAs brewed at our Stringtown Production Facility, [it] leans on additions of Loral and El Dorado hops to give a tropical fruit and slightly floral flavor to this medium full-bodied IPA.” Winning against 377 entries in this Juicy or Pale Ale category, is especially noteworthy cited The GABF news release.

Meadow Lark, a classic saison that earned a GABF Gold in 2019, this year competed in a field of 80 entries. It is brewed at Metazoa’s College Avenue taproom.

This Brett beer category had 48 entries.

According to the news release, “When judges decide a category contains three excellent examples of the style, they award gold, silver and bronze medals for the first, second and third place beers, respectively.”