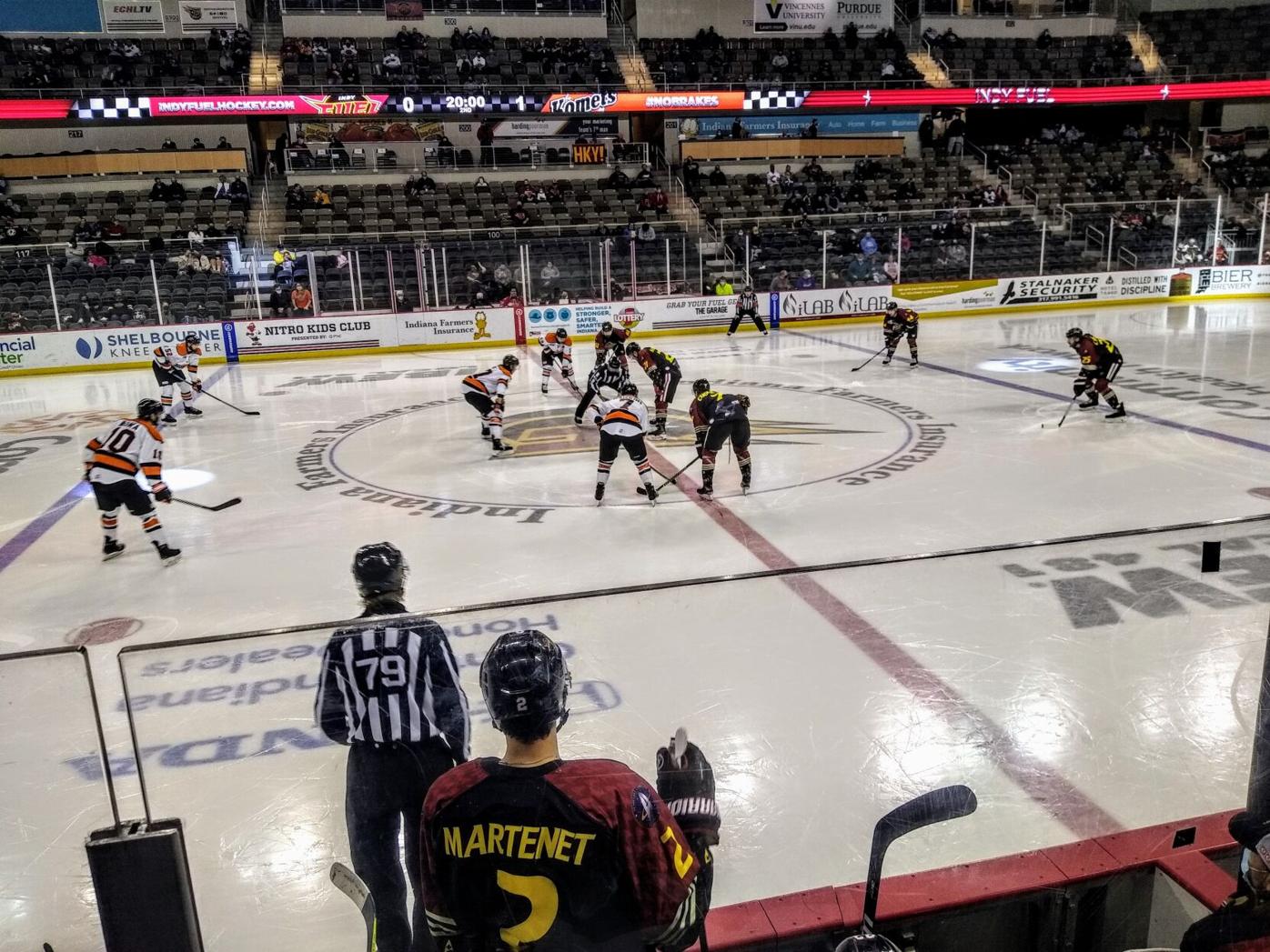 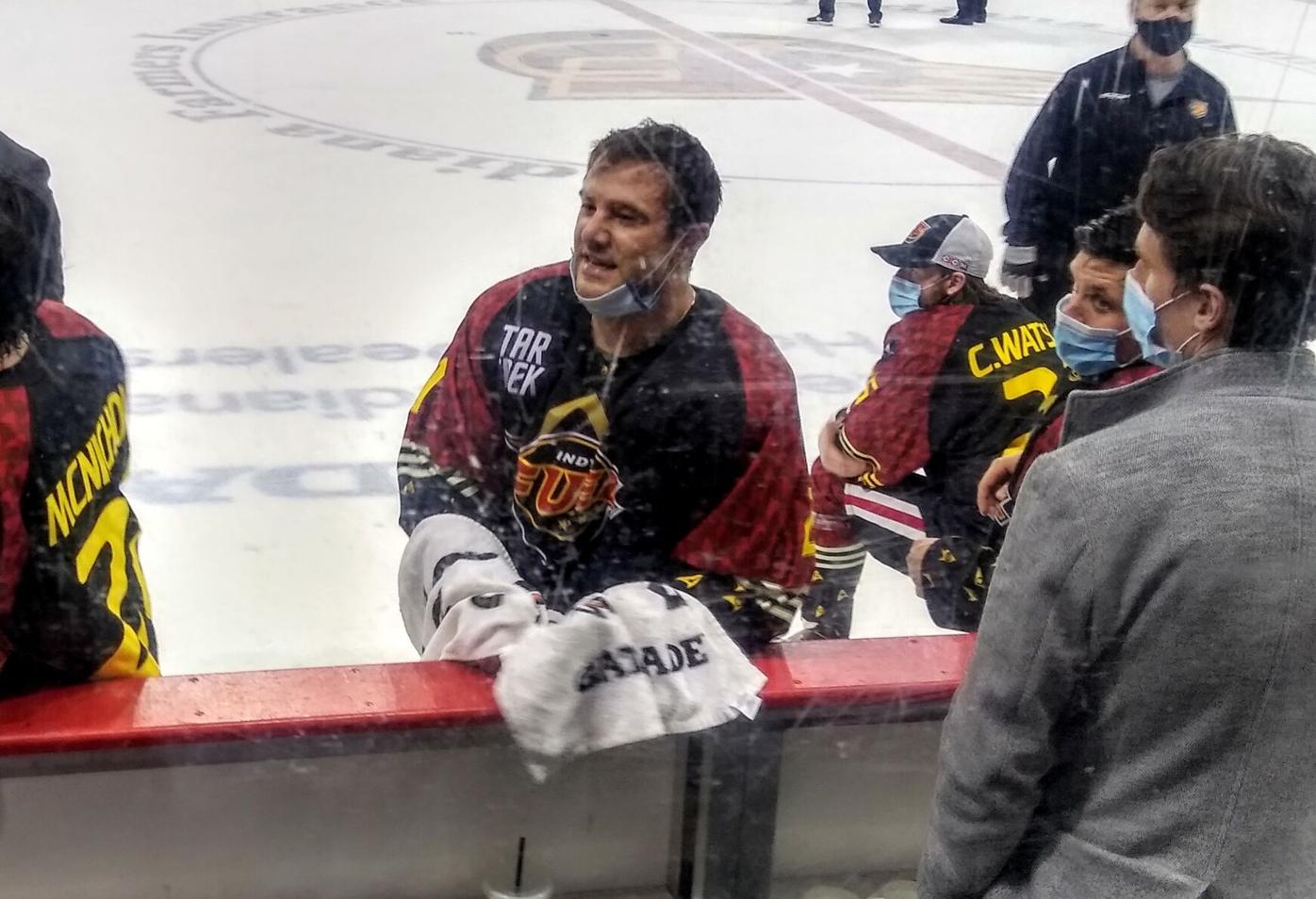 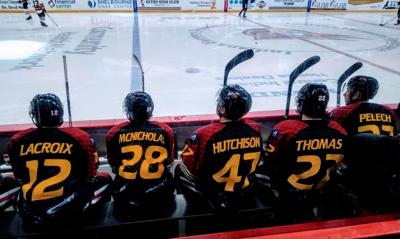 The weekend was kicked off right for the Indy Fuel with a weekend series to rekindle the Bitter I-69 Rivalry against the feisty Ft. Wayne Komets. There is no love lost between these two strong hockey organizations, and you are always in for a good game no matter where these teams sit in the standings.

Ft. Wayne just began their season in February after a COVID break, so they were still getting their skating legs under them but have looked promising thus far, winning three out of their first six games and losing two nail-biters in overtime. The Fuel had won seven out of their last eight games to this intense series and the fans got all they wanted out of the first of three games.

The Fuel had Billy Christopoulos back in goal after starter Dan Bakala picked up his 11th win of the season in Wheeling two nights earlier with another stellar showing and giving up just one goal. Billy "The Squid" would be tested early and often, with the Komets having many scoring chances and power plays to lead off the game. The Fuel was sputtering early on with only four shots on goal throughout most of the first period to Ft. Wayne's 12.

The matchup would reach its boiling point midway through the first when Komets captain Shawn Szydlowski charged into a boarding penalty which started the brutal fisticuffs between him and Cedric Lacroix. The fight would barrel into the Ft. Wayne bench and lead to offsetting 10-minute misconduct penalties. That lit a fire under the Komets on this Star Trek-themed night, and they would launch into a 1-0 lead off the Matthew Boudens wristed one-timer from the low slot past Christopoulos.

Ft. Wayne would dominate the first half of the game, like they have come accustomed to in past seasons, and brought cheers from their upper deck section of fans who made the trip down to Indy for this great war on ice. With 4 minutes remaining in the 2nd period, there was a glimmer of hope for the Fuel as Matt Marcinew fed a dime pass to Nic Pierog right in front of the crease for a juicy goal opportunity.

However, Ft. Wayne's netminder Stefanos Lekkas at 6 feet tall, was up to the challenge and robbed "Pierogi" with a glorious, left-handed Statue of Liberty save. That gave Ft. Wayne momentum as they peppered the Fuel goaltender Christopoulos with 2:30 remaining in the 2nd, but Billy came up with the goods on a furious 4-shot barrage by the Komets. The rival from northeast Indiana wasn't done yet as they went on the power play to end the period.

With two ticks left before the clock expired, Anthony Petruzelli streaked through the middle of the ice, receiving a beautiful saucer pass to be one on one with Christopoulos, the keeper, and sizzled a shot over his right shoulder to take a 2 goal margin into the 3rd for the conquering Komets.

Komets strike back to empty Fuel

Luckily, the Fuel has been wondrous all season at keeping games close and finishing strong in the latter stages. Indianapolis regrouped in the locker room and came out firing like a Star Trek Voyager to get on the scoring board early in the 3rd period. Fuel defenseman Chris Martenet took a deflected shot that floated right to him in the high slot and beat Lekkas five-hole between his black and white Vaughn Velocity pillow pads to cut the margin in half 2-1.

The Fuel looked to be all on the same page with precision passing and chemistry in the third period. The Fuel would continue the pressure in the middle of the final stanza when Indianapolis native Chris Martenet would get involved again, flipping the puck over the Komets Defense’s outstretched arms into the attack zone. Fuel leading scorer Nic Pierog would be on the receiving end at the high faceoff circle and sent a rocket drive over the blocker of Lekkas into the top left corner of the net to tie the game at two apiece. The Fuel would have more opportunities late in the 3rd but couldn't capitalize on a five minute major power play, and the game would eclipse with a three-on-three player over time.

Matt Marcinew flirted with victory a minute into the extra session when he clanked a slapshot off the far post with traffic in front of the crease. Only a few minutes later, at the 3:46 mark, Marcinew again would get his chance when he scooped the puck off the dasher boards at the blue line and had a one-on-one breakaway in his sights versus the Komets last line of defense. Ft. Wayne's goalie would brace for the shot as Matt Marcinew dangled the puck back and forth before sliding a Kucherovesque phantom backhand shot between Stefanos Lekkas' leg pads to light the lamp and raise the roof of the Coliseum with a raucous cheer from the Indianapolis crowd.

The Fuel won in Overtime for their 8th time on the season and finished off their bitter rival in remarkable fashion to pick up their 20th win of the campaign and jump started this weekend series of hockey with another thriller on 38th Street.