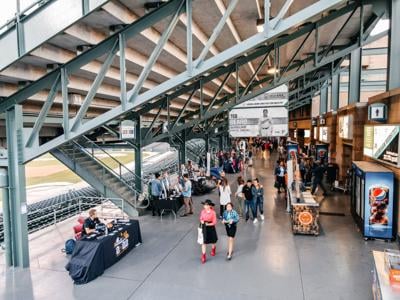 “They step up and make us better,” informed the headline in the National Geographic Magazine that came to my mailbox. “What makes a community in a divided nation where many people are suffering? Across the U.S, it’s altruists and volunteers dedicated to helping others,” continued the report by Rebecca Lee Sanchez.

“They are the glue that holds communities together, stepping up to assist their neighbors in times of crisis, need, and other challenges….”

Within days a book arrived from the Kettering Foundation Press, located in Dayton, Ohio. “Associational Life: Democracy’s Power Source” traces the community outreach work of John L. McKnight. His philosophy is simple: step outside, look around, see a need, and offer assistance. But even better, he suggests, foresee a problem and gather with others to develop plans and programs to avert disasters large and small.

It’s ABCD spelled out as “Asset Based Community Development.” It’s “Citizens as active producers of their own welfare as they work together.”

McKnight leads us to inventory our personal sources of power for the benefit of our neighborhood and of our community. It’s a WOW factor, a recognition of “I have Authority, Benefits to share, Caring to uplift, Duty to build, etc, etc.

“Associational Life” supplies us with 128 pages of examples of individuals who stepped out with others to grow higher inspiration and aspiration. Yes, it’s ok to ‘kvetch;’ it’s even instructive, and let that propel you into doing something that makes an affirming difference for the greater good of all.

The National Geographic and Kettering Foundation authors cite an astute observation by Alexis de Tocqueville in 1831. He “was impressed by how much of life in the young nation revolved around community-based leaders and groups. He saw them as local democracies that set social mores and helped ward off tyranny.” [National Geographic]

In “Democracy in America,” de Tocqueville observed inequalities, yet he saw promise and praised that. He saw people stepping out to assist. WE see that now, too, two centuries and counting forward….

Life lessons and a sense of wonder are alive and active to open us to stepping up and out, and sometimes around just to connect for greater good and selfhood.

Opportunities come to my inbox:

September 29, 4:30-8:00 p.m., the 17th annual IndyVolved presented by AES Indiana will take place at Victory Field at 501 West Maryland Street, 46225, informs the news release. “IndyVolved convenes today’s young leaders and connects them with the missions they care about. Attendees learn how they can get involved in the city by volunteering and serving on committees or professional boards. Over 100 nonprofit and civic groups will showcase Indy’s civic ecosystem.”

Al Carroll, President & CEO of IndyHub, said, "We know that Indy residents, especially young people, want to get involved and give back. We also know that nonprofits are always looking for people to help move their missions along. IndyVolved creates a space for everyone to connect.

“This event has grown since the first showcase of 20 organizations at the Murat Theater specifically for summer interns at Butler University. Now engaging over 1,500 people, IndyVolved is one of the Midwest's largest volunteer recruitment events.

“IndyHub works to grow a network of young and talented residents to each other, volunteer opportunities, affinity groups, social experiences, and leadership roles. From those who are brand new to the city to those who have been here their entire lives, we work to ensure this key demographic is plugged in and committed to Indy long-term.”

Just show up, and learn what matches your personal interests and fits into your schedule.

Some people, however, just step up on their own. Debbie Parish lives in a neighborhood that challenges her sense of safety and well-being. She surmised that too many of her neighbors did not have resources for basic needs and that they felt incapable of overcoming life’s challenges. At the cusp of COVID-19, she saw a way to help, starting with food. She emailed NUVO Newsweekly with a plan and a request; if NUVO gave her the boxes we no longer were using when we moved from print to online, she would find a way to turn them into free nonperishable food stations. nuvo.net ran the first story on June 10, 2020, and kept following up. If you care to learn how the power of one person grows a neighborhood of power, read about the Shelton Heights neighborhood here  https://nuvo.newsnirvana.com/food/debbie-hatfield-parish-walks-the-talk-as-a-citizen-servant/article_68c76d48-ab05-11ea-bc3c-c74306b75e75.html and follow up stories.

Parish at this moment, is developing another annual neighborhood Halloween event that’s more intent on making sure everyone has warm clothes than on handing out candy. But more important is the connection with government officials, who show up and connect with residents. Parish’s simple thrust is, ‘What’s your personal problem? Let’s solve it together.’

Belmont Beach, at 2020 North White River Parkway Drive West, 46202,  is an enduring project that is growing from the celebration of Indianapolis’ 2020 Bicentennial. The website at https://belmontbeachindy.org/announces, “Belmont Beach is a grassroots Haughville Community initiative to reclaim the story of a segregated swimming hole along the White River in Indianapolis and to celebrate the resilience of the people and the river that endured in the face of endless harms.

“The Belmont Beach Project is an incremental initiative to transform the site from an overlooked and overgrown place to a vibrant community gathering space and, ultimately, into a signature community park. The project isn’t just about a place, though. It’s about people, particularly the people of the Haughville neighborhood in Belmont Beach. About their stories, their histories, their discoveries, and their dreams. Belmont Beach has been a part of the Haughville Community for nearly a century, and neighborhood voices helped to ensure the neighborhood wasn’t overlooked in the regional White River Vision Plan, which identified the Beach as one of its signature elements. While it will take many years of work and conversation to realize that vision, the Belmont Beach project is helping shape it by developing a model of neighborhood ownership and influence of projects proposed in the Haughville area. We hope to build on neighborhood-based organizations and initiatives like Haughville Strong, IPS School 63, Reconnecting to Our Waterway’s White River Committee, Near West Livability Task Force, and Haughville Butterfly Trails and increase community capacity to drive and respond to neighborhood changes.
"The residents that are part of this came up with all these different ideas, and they are all on trailers and mobile, and the idea was even though it's temporary, it's not disposable," Robert Negron, Co-Project Manager of the Belmont Beach Project, said during a WRTV interview. “Part of the goal is to get invested residents involved in the future of Belmont Beach. It's one of the key elements of the White River Plan to revitalize the river.”
Volunteer here: https://www.signupgenius.com/go/10c0f4da8a92ea5f4c25-volunteer


And there’s another citizen power source from people who have wider cognizance yet have the same step-up attitude based on the same kind of cognizance to assist while growing community association.
Tamika Catchings, the four-time Olympic gold medalist and philanthropist, will be honored with the 2022 International Citizen of the Year award on October 18, 2022. The award honors individuals whose work has achieved global impact and elevated Indiana on the world stage
Martin Baier, president, and CEO of The International Center, said in a news release, “We will honor not just Tamika as an athlete, but her dedication to our community as a philanthropist and businesswoman and her role as the unofficial ambassador for the entire state of Indiana. Catchings, the 35th recipient, will accept the award at an event on October 18 at the Indiana Roof Ballroom in downtown Indianapolis.
“We are honored to present the 2022 International Citizen of the Year award to Tamika Catchings,” said Priscila Vansetti, vice president of crop protection strategy and planning at Corteva Agriscience and International Center board chair. “Tamika is a prime example of the global talent that’s found in our state – both athletic and humanitarian.”

Tamika Catchings is best known for her Women’s National Basketball Association (WNBA) career. She was drafted by the Indiana Fever in 2001 and stayed with the team until her retirement in 2016. Her basketball career was filled with accolades, including leading the Fever to the WNBA championship in 2012, winning four Olympic gold medals for Team USA, and earning several WNBA player of the year and most valuable player awards. During the off-season, Catchings played abroad in South Korea, Russia, Poland, and Turkey. She was inducted into the Women’s Basketball Hall of Fame in 2020.

Catchings is the founder of the Catch the Stars Foundation, a non-profit organization that encourages academic development and fitness programs for at-risk youth in the Indianapolis area. She is the owner of Tea’s Me Café in downtown Indianapolis and Tea’s Me Community Café in the Butler Tarkington neighborhood. Catchings most recently worked for Pacers Sports and Entertainment as the VP of Basketball Operations and General Manager of the Indiana Fever.

Requests for information about the event, including ticket, table, and sponsorship details, may be directed to Glennda McGann at  gmcgann@internationalcenter.org.
See honorees since 1985 here: https://internationalcenter.org/icy/#:~:text=Tamika%20Catchings%2C%20four%2Dtime%20Olympic,icon%2C%20with%20our%20ICY%20award.


More events coming up along the White River: Find destinations here https://www.discoverwhiteriver.com/ including Reaches to explore, wildlife & the outdoors, shows & concerts, architecture & history, unique shopping destinations, and the villages that have grown up along the waterway.

September 24, 11:00 a.m.-6:00 p.m., the Rocky Ripple Festival of the Arts, across the Central Canal from Butler University, is staged entirely through volunteer efforts from the community, with proceeds supporting parks and community events in Rocky Ripple.
An eclectic set of bands play throughout the day. Over 70 artists bring their unique items for sale. Beer and wine are provided by the Broad Ripple Brewpub; a variety of food offerings are available from local vendors.