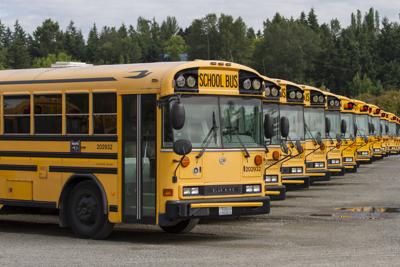 In one mid-September week, Indiana recorded nearly 1,900 cases of COVID-19 in schools, according to a state dashboard tracking the virus in schools.

State Health Commissioner Dr. Kristina Box on Wednesday called the dashboard, which will go public next week, “a historical snapshot” of the coronavirus data as schools reopened campuses this fall.

The count reflects data from about 2,000 schools, or more than 70% of the state’s schools. Officials expect more districts will provide their numbers by the time the dashboard goes live. The cases logged so far include 1,348 among students, 274 among teachers, and 276 among other school staff.

At a press conference Wednesday Gov. Eric Holcomb extended the state’s mask order and announced that the state is progressing to Stage 5 in reopening, because its seven-day positivity rate in COVID testing has been at 4%.

In the new phase, the state will remove limitations on numbers of customers at restaurants, bars, and other public facilities. Patrons still must keep a safe distance from each other and wear masks.

In creating the school dashboard, Indiana joins more than a dozen states that publicly provide numbers of COVID-19 cases in schools. Some other states collect numbers but do not list them publicly.

State health officials agreed to create the dashboard in response to calls for more transparency about the incidence of the coronavirus in schools.

Box said that schools have been entering data on the virus into the health department’s portal. More than 1,100  schools reported no cases, and more than 900 reported at least one case.

Because the numbers cover just one period,  “it is not possible to identify any trends from the currently available data,” said Jennifer O’Malley, state Department of Health spokeswoman, said.

On the dashboard, the public will be able to filter data by school district and see a map of schools with cases.

The tracker will provide case counts that until now have been difficult for the public to see. Other school case trackers, such as that of the National Education Association, use sources from news organizations, not health authorities, officials said.

Holcomb reported that the state is testing 15,000 people a day.

“We are under 4%....we took some actions and that has made all the difference in the world,” Holcomb said, referring to the state’s positive-test rate. “We like the path that we are on and the direction, but we really have to underscore the importance of making those adjustments and operating in a safe manner.”

He said people must continue to wear masks for the numbers to go in the right direction and for the state to further open up.

IPS plans to reopen school in person in October, as declining cases of improved coronavirus data in Marion County. Students up to fifth grade will return full time, while older children will return for two days in person.