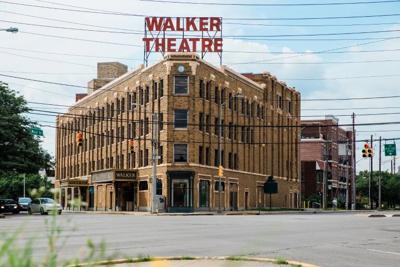 IUPUI announced two new initiatives to support the Black community in Indianapolis, including a scholarship program for descendants of those who were displaced from Ransom Place and Indiana Avenue neighborhoods because of the university’s expansion.

The “Through Their Eyes” scholarship program is for undergraduate students going for their first degree at IUPUI. The reward, up to $15,000, is renewable for up to four years. Applications will open in January, and the first recipients will get scholarships for the 2021-22 school year.

The university will also establish the Center for Africana Studies and Culture through the School of Liberal Arts. IUPUI already has an Africana Studies program, and the center will increase opportunities for public scholarship, professional learning, undergraduate research and cultural research and programming for the community.

The center will be housed at the Madam Walker Legacy Center. Leslie Etienne is the founding executive director and will serve as a clinical associate professor of Africana studies and director of the Africana Studies program.

A’Lelia Bundles, the great-great-granddaughter of Madam C.J. Walker, spoke after Paydar and called the scholarship program a “generous gesture to reconciliation.”

IUPUI students got involved with protests for racial justice over the summer, and one of the things organizers talked about was the need for a scholarship program — or some other kind of assistance — for descendants of those the university has displaced since its founding in 1969.

“We want IUPUI to basically repay the community for their actions,” IUPUI student Aahron Whitehead told the Recorder in June. “They need to help and reinvest into the community to help it grow to become a more urban and innovative environment.”

The Olaniyan Scholars program, part of the Center for Africana Studies and Culture, will administer the scholarship program, manage the application process and provide support and mentoring to scholars.

The center and scholarship program were part of the goals laid out by the IUPUI Action Committee, which was formed over the summer and made recommendations based on systemic racism in higher education.

Kathryn H. Ross: Pivoting in the state of the world and seeing goodness out of that