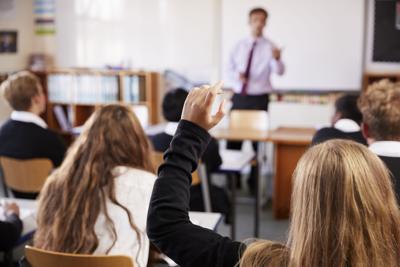 An academy infused with Latino culture and a school focused on closing learning gaps plan to open in Indianapolis in 2022, joining the city’s expansive roster of charter schools.

Monarca Academy, for grades six through 12, and Liberty Grove Schools, for kindergarten through eighth grade, won approval from the Indianapolis Charter School Board on Tuesday. The mayor’s office will oversee both schools.

Monarca hopes to start with up to 300 middle schoolers, and annually add high school programming. Liberty Grove hopes to enroll up to 500 K-8 students. Neither school has secured a facility, but Monarca plans to open in northwest Indianapolis and Liberty Grove is targeting the west side.

Charter School Board members grilled the applicants on their educational models and financial plans in a three-hour virtual meeting before voting unanimously to grant each school a seven-year charter.

“The pressure’s on,” board member Rubin Pusha told applicants after they gained approval. “You’ve got to be ready to deliver.”

The executive directors of both Monarca and Liberty Grove are innovation school fellows of The Mind Trust, an influential nonprofit that has shaped Indianapolis’ charter school scene. The fellowship pays up to $100,000 a year for two years and provides training to help fellows plan a sustainable model for an innovation school.

The new charters will apply to join Indianapolis Public Schools’ innovation network, hoping to either take over an existing IPS school or open a new facility supported by the district. Approval would ease the charters’ financial burden, allowing them to lean on IPS’ existing facilities, one-to-one technology, and student body instead of starting from scratch.

If not accepted, both executive directors said they would pursue other options, such as leasing a building or sharing a facility with another school or organization.

Throughout the meeting, board members pressed the applicants for specifics on how they plan to recruit diverse teachers, which both schools’ applications noted as a priority, in a state facing a teacher shortage. They also asked if the schools can’t join the IPS innovation network, how they plan to attract enough students to be viable. In addition to traditional public schools, Indianapolis already has about 65 charter schools.

While open to everyone, Monarca Academy is specifically tailored for students who are Latino, English language learners, or immigrants. The school model will focus on addressing learning disparities for Latino and Black students and preparing students for college.

Students will learn Spanish and Latin American performing arts like salsa dancing and capoeira, a Brazilian martial art that mixes gymnastics, dancing, and music. Monarca Academy will expect every student to take an AP Spanish exam.

“I could see the next Lin Manuel Miranda coming out of this,” said Monarca Executive Director Francisco Valdiosera, an educator for more than 20 years who has worked at multiple IPS schools.

Monarca’s cultural approach enthused board members, but they warned Valdiosera not to alienate non-Latino families in the school’s recruitment process and curriculum.

“The community where you’re going to be is more than just Hispanic and Black,” said board member Marco Dominguez.

Liberty Grove Executive Director Morrise Harbour said he wants his charter to provide quality education in an area of Indianapolis that needs more options. In Eagledale, the west-side area south of 38th Street and west of Lafayette Road where Harbour plans to establish his charter, only about one-fifth of middle schoolers attend a school in their neighborhood, according to Liberty Grove’s application.

“It’s a void, and we want to start filling that void respectfully,” said Harbour, who recently moved to Indiana after working at a charter school network in Washington, D.C.

Liberty Grove will focus on addressing learning disparities, helping students catch up in areas where they’re behind while still providing grade-level instruction. The charter’s application described its desired culture as “warm but firm,” and Harbour said the school will push students academically while supporting them emotionally.

“You may have a student that’s significantly behind, but celebrating that student goes a long way,” he said.