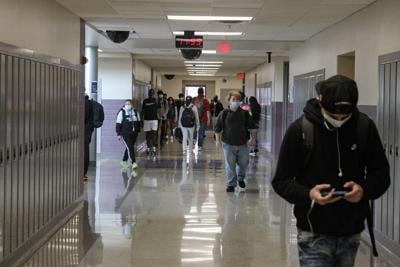 Nelson Aleman-Moreno, a senior at Ben Davis High School, is exhausted. For the first time in more than a year, he and thousands of other Indianapolis high schoolers have just completed a full week of in-person school.

It’s been a readjustment. During virtual school, he could turn his computer camera off. Now he’s got to be present and attentive.

It’s a worthwhile tradeoff, Aleman-Moreno said. “Now I have the connection with teachers to ask questions,” he said, and he receives emotional support from them to actually get stuff done.

Ben Davis teachers are hoping to capitalize on that enthusiasm and motivation as the school opened to all students five days a week last week. About 80% of the school’s approximately 2,900 students have returned to classrooms, while 20% are learning virtually.

By the week’s end, Ben Davis High School students and staff had experienced a range of emotions, namely exhaustion, excitement, and anxiety. Beyond the required masks, health questions, and social distancing, the hallways were filled with an old, familiar buzz.

Teachers are trying to strike a balance between rushing to make up for weeks and months of lost learning and easing students back into old routines. On Friday, students in Shannon Singleton’s government class sat three feet apart in rows to watch “The West Wing’’ and work on previous assignments.

“I’m trying not to overwhelm them with more work,” Singleton said. “They’re all seniors in my class. I want them to finish strong.”

The students have responded positively. “In the beginning of class today, I almost had to tell them to stop talking, which I don’t think I’ve had to say all year. They’re so happy to be here,” Singleton said.

She’s had to give up her more relaxed Fridays, which she spent during online learning building lessons and grading work. Now, she says, it’s “go, go, go” for the social studies department head who wasn’t able to clear her to-do list by the end of the day.

Math teacher Sarah Shannon has been so excited to see her students again.

“This week has been the happiest I’ve been in a year,” she said. “It’s not the same energy during the hybrid. They were a lot quieter; they even tended to ask fewer questions. So having them all back now, I’ve noticed that they’re more and more talkative, and they’re talking more to each other.” 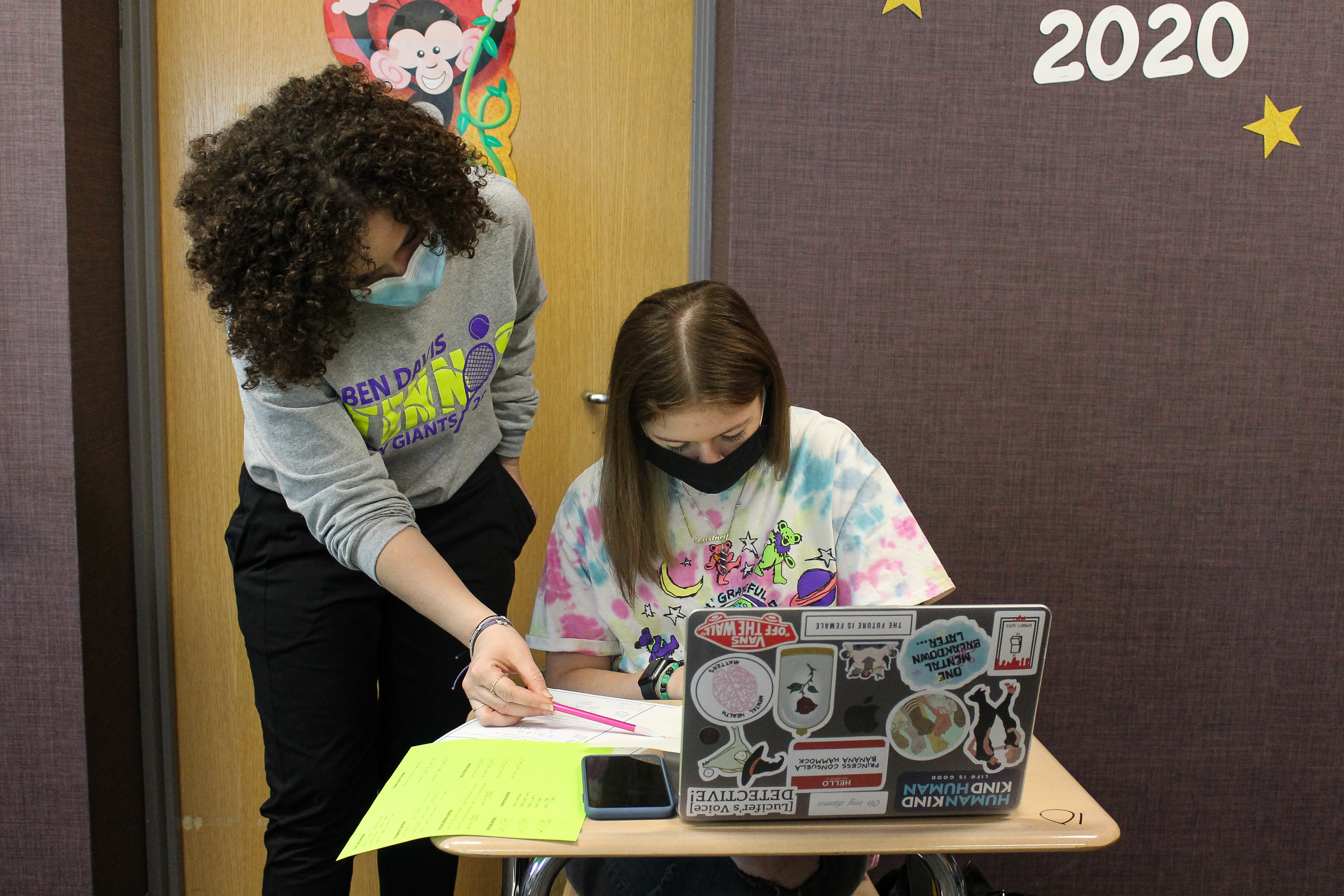 Aaricka Washington / ChalkbeatMath teacher Sarah Shannon helps one of her senior students on an assignment at Ben Davis High School in Indianapolis on April 9, 2021. This was the first week back since the beginning of the pandemic for Indianapolis Public Schools.

Emotionally, she feels better. But out of 20 students in her sixth-period class, two are quarantined, and she worries about eight students who did not show up Friday.

In the hallways, teachers monitor the crowd to make sure that students chatting up their friends don’t linger too long.

Aleman-Moreno feels anxious over the risk of falling sick, but is relieved to leave behind hybrid learning, where he sat in classrooms part of the week and learned at home the rest. The arrangement and pace of it made his AP classes challenging. The teachers, he said, “can’t really stop to process things, so they have to move on.” And he found himself prioritizing a job over school and fell behind.

The demands of having to show up at school has prompted senior Jada Winston to scale down her hours working at Old Navy and the YMCA. During virtual and hybrid learning she could work and keep up with school, but didn’t really feel like she was learning. Now she wants to stay on top of assignments so that she can graduate.

“I feel like it’s pointless because we came back so late,” Winston said. “I’m motivated to finish, but I feel like I could just do everything online.”

As the Ben Davis High School students hustle to finish their last two months of the school year, they’ll need to stay excited and enthusiastic to perform well while  pandemic precautions continue. Students still can’t work in close groups and can only have brief hallway chats with their friends.

Singleton said she feels hopeful. “I’m encouraged that we’re almost through and normalcy is returning soon or we will someday. I felt for a long time it was so far off, so I’m very encouraged.”