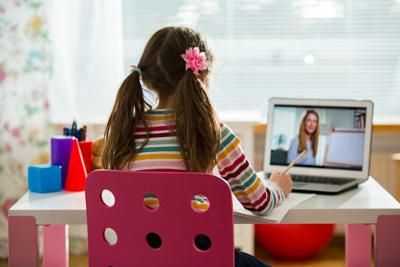 After drawing scrutiny from the state, a school that offers Indiana families financial support to educate their children at home is switching to a new district partner.

Tech Trep Academy, a Utah-based company, opened its first Indiana program this year through a partnership with the Middlebury Community Schools district outside Elkhart. The unusual school uses state education funding to give parents $1,700 stipends for classes and materials to educate their children at home. Parents can provide much of the instruction, with help and oversight from certified educators.

But just weeks after Tech Trep Academy began enrolling students in Indiana, the state notified Middlebury officials that reimbursing families for purchases violated a law that bars schools from offering enrollment incentives. To avoid running afoul of the law, the school told parents that it would make purchases for them directly from vendors.

After the state flagged the issue, Middlebury officials decided they had had enough.

When the state department of education said the program violated the law against incentives, “it was a mess,” said Superintendent Jane Allen. Tech Trep resolved that issue, “but by that time, we had already said, ‘you know what, we better not continue the agreement,’” said Allen, who will retire at the end of this year.

Instead of closing the school, which enrolls about 165 students, the district worked with Tech Trep to find a new partner. Next semester, the school will move under the auspices of the Cloverdale Community Schools, a 1,000-student district in a farming community near Greencastle.

Running statewide virtual education programs is a lucrative venture for some Indiana school systems. Cloverdale plans to keep 20% of the state funding it receives for each student and pass the rest on to Tech Trep, which will hire teachers and pay for materials for families. But Superintendent Greg Linton said the monetary benefits were not a significant factor in the district’s decision to partner with the Utah company.

The district is in good financial shape, Linton said, adding that because the program is relatively small, it won’t generate that much money this year.

Cloverdale already runs a virtual program with about 100 students, and the district sees a partnership with Tech Trep as a way to serve more students, Linton said.

“We really are more interested in the footprint that we can leave in the state of Indiana,” he said. “We just felt like it was an opportunity for us not only to support a good program but also to maybe learn from their expertise and even bolster our own local online program that we’re offering our students.”

Tech Trep is likely to continue attracting opposition from advocates who see the school as the latest diversion of taxpayer funds to low-performing virtual education. But the most vocal opponents are home schooling advocates, who say the program opens the door to state funding and regulation of home education, which they oppose.

For parents who are satisfied with the program, however, Tech Trep’s new partnership provides welcome assurance that it will remain in Indiana at least for this school year.

Carla Gull enrolled her 8-year-old son in Tech Trep because she is concerned about the risks of his returning to school in person during COVID-19. She’s been happy with the support she gets from Tech Trep teachers and the flexibility of the program, which doesn’t have a set schedule as many virtual programs do.

“It’s a great option for families,” Gull said. “It is definitely a relief to know that the program can continue with very few changes.”

Tech Trep has tweaked its approach to stipends to comply with Indiana law, said Janet Cox, program director for Tech Trep in Indiana.

The school doesn’t reimburse parents for purchases. And in order to avoid the appearance the stipend is a cash incentive, the school converted to a point system, with families receiving 85,000 points per student each semester. Those points can be used to ask the school to purchase approved materials including curriculum, educational toys, and instruction such as piano lessons.

To shift to the Cloverdale program, families will need to fill out a transfer form. But Cox said families will have access to the same special education support and teachers.

The move to Cloverdale will change one thing, Cox said: The district is opening up second-semester enrollment to new families.