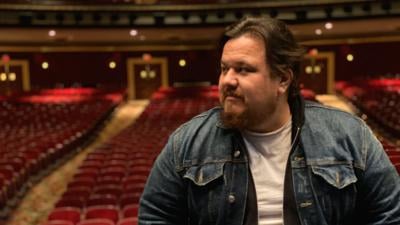 Like many of us, stand-up comedian Shane Torres had varying levels of success when it came to being productive during the COVID-19 shutdown.

“It’s been bleak,” he says. “At the beginning of quarantine, everyone was like, ‘These two weeks, I’m finally going to start this thing.’ But then, at the end, everybody was just like, ‘I’m re-watching Ozark.’”

This Saturday, Torres will perform at the Tiger Room in Fort Wayne before visiting Black Circle in Indy on Sunday to headline the illustrious Sunday Show. Ahead of his trip to the Hoosier state, our Seth Johnson caught up with Torres for a quick phone interview, which you can read below.

SETH JOHNSON: How much have you been able to get back out performing since COVID-19 restrictions started loosening up, and how have those shows been thus far?

SHANE TORRES: I would say I’ve been pretty fortunate to get out as much as I have. It hasn’t been as much as I would like, of course, but I’ve been able to work a bit, which has been really nice.

As far as the crowds, they’ve mostly been good. People who are coming out really want to be out. Some people say there’s still a ring of, “How comfortable are people coming out?” And I get it. But mostly, I think the people who want to be out are looking for a good time that’s done responsibly.

JOHNSON: How was the time off from performing for you? Did you pick up any new hobbies?

T0RRES: I tried to work out more. I bought a bike. I tried to work and find other things to do, but it’s very hard to work on stand-up comedy when you don’t have the reward of performing it. With writing, you’re like, “One day, this might get published.” But with writing stand-up, you’re like, “This may never see the light of day,” and it’ll just be the journals of a rambling mad man.

JOHNSON: I recently spoke with comedian Jon Dore, and he told me how much he hated doing stand-up comedy over Zoom. Have you done any Zoom shows? If so, what are your thoughts on them?

TORRES: I did plenty. I will say I was happy to have them socially. But as comedy goes, it’s not what you want at all. It just doesn’t lend itself to stand-up.

The nice thing about it is … if people are trying to be part of a Zoom show as an audience member, they sincerely want to be there, so I appreciate them for that. But it is not fun as a performer. [laughs] People leave their fucking mics on, and some guy will be like, “Bring me a beer!” And it’ll happen right at your punch line. It’s awful.

JOHNSON: Going back a bit, what initially sparked your interest in comedy?

TORRES: I was fortunate to have it around a bunch. Everyone knows SNL, but my neighbor as a kid showed me Eddie Murphy: Raw, and it blew my fucking mind when I was like 10.

When I was growing, there were also these cable stand-up shows on USA, Comedy Central, or whatever. They’d be these up-and-comer comics, but they’d be on Friday and Saturday nights a lot of the time so I’d watch those. You’d see people do 10 minutes, and you’d be like, “This guy is brilliant!” And then, you’re like, “What ever happened to Bill Smitterwood?” You find out he’s in jail for tax evasion or something. [laughs] But I loved those too. Then when I got to high school, I got introduced to Bill Hicks, David Cross, and those kinds of guys. Not that they’re necessarily the same group of people or anything but…[laughs] So that was my introductory phase.

Then when I was in Portland, there was an alt comedy scene. I had actually thought about doing it when I was still living in Texas, but I was like, “There’s nowhere to do it.” Once I got out of Texas, I was like, “Cool. Portland is this cool, indie art town.” I went into a local comedy show one night, and I was like, “Fuck yes. I’m doing this.”

JOHNSON: I’ve watched your performances on Conan and The Late Show with Stephen Colbert. Do you have any particularly fun or interesting memories from doing those?

TORRES: Conan was my first late night credit, and that’s super special. I live in New York, and my brother lives in Texas but he was in Philly for work. So I took the train down to see him, and we were hanging out. My brother is a very non-sensitive dickhead. We got sandwiches and were driving in his car. I go, “Hey man. I want to tell you something. I’m going to be on Conan.” And he started crying. [laughs] I was like, “Are you fucking crying right now?” And he goes, “I don’t know man! That seems like a big deal!” So one of the things I remember is someone in my family was proud of it in a way that was a genuine, sincere reaction.

Colbert was fun. They treat you very well. They have this freezer full of birthday cake truffles from this place called Milk Bar, which is a really great sweet treat. They’re really good, but it’s like $12 for four cake balls so it’s kind of expensive. But they had a freezer full of them, so I took gobs of them and put ‘em in my backpack. [laughs] So I’m still a trashy piece of shit, even when I’m at the Ed Sullivan Theater.

JOHNSON: You did a mini-series for Comedy Central called Shane Torres Conquers Your Fears. Where did the concept for that show come from?

TORRES: I had done a half hour with Comedy Central, and they were like, “Do you have any ideas for a web series?” I pitched them a few, and that was the one they responded to.

The origin of it was … I’m a pretty negatively focused person, and I don’t like that about myself. So with other people, I try to look on the sunnier side of things. I think phobias are interesting, just in a sense of how they develop and stuff. So that’s how it came together. It was like, “What if you positively try to get someone to face their fears?” We made three episodes of it, and they did relatively well. But then, we never made more of them, which stinks because I actually did like it. Maybe I’ll bring it back.

JOHNSON: Does Indianapolis hold any significance to you?

TORRES: The first time I did Indy, I did Crackers and I was featuring for a comic named Dwight Slade, who’s a Portland guy with deep roots in comedy. That’s when I was moving out to New York. So the first time I was there, it was on my way to a really big step in my life.