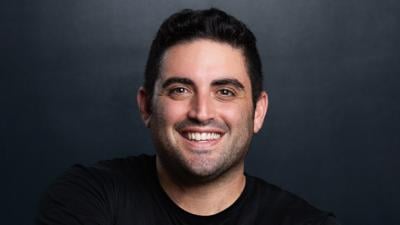 “I hate that last, “Three, two one!” I hate that moment,” he says. “So one year, I just went in the bathroom and sat on the toilet. I remember sitting there, and I was like, “Man, this is the saddest New Year’s ever.”

Freid will head to Indy later this week for a slate of performances at Helium Comedy Club, spanning from New Year’s Eve to Jan. 2. Ahead of his visit, our Seth Johnson caught up with the Boston native for a phone interview, discussing life on the road, dating advice and much more.

SETH JOHNSON: I’ve asked this question to several comedians who have come through Indy in 2020, so I’ll ask it to you as well. What was your year going to look like before the pandemic hit?

JARED FREID: I was about to be doing shows every weekend in every city of the country. I had just got done doing live podcasts, doing my own headlining shows and opening for Michelle Wolf. After that, I was like, “Okay. More weekends. More shows. Let’s get ready.” I was going to put so much stuff online and was planning out a whole thing. Then, all of sudden it was like, “Hey. We’re moving the spring to the fall.” And then it became, “We’re moving the fall to the spring again.”

I believe in the good in people, and I think everyone is just trying to do their best. I think a lot of us are tied up and have kind of turned on each other because we see one person acting wildly online and we think they represent everybody. But most people are just everyday people trying to resume life, make money and be able to be with their family in the safest way possible.

When I would do shows, I would always say, “Hey. I want to do shows at places that are safe.” I performed outside for a long time, on street corners and on top of dumpsters like a cat in a Disney movie. When a few places opened up, I was like, “Okay. I feel comfortable being inside at whatever capacity the club will allow.” And with the people who have come out, it feels like there’s a sense of relief — to be able to take an hour and not think about it. Because COVID hovers over everything. It’s the cheese on top of the burger for every single situation. So I think comedy shows have been a great release for people.

JOHNSON: How productive were you when everything was completely shut down?

I have two podcasts where I give dating and relationship advice. I yell at The Bachelor on my Instagram stories. I review charcuterie boards. I had all the things in place that I could do from home, so I just amped them up. I was putting out a video every day. I have three shows on YouTube. I have my podcasts Mondays and Thursdays. I have the Rose Rehash, which is a Bachelorette recap show. And I have the Vent Sesh, where we bring people on the air with real problems and we talk ‘em out.

So I had the groundwork laid because I do a lot of stuff online. When this all happened, I was like, “Let’s do it. Let’s put on the hard hat and really pump some stuff out.” And the response has been amazing. People talk a lot about negativity on the internet, and I see that. But my inbox is full of love and nice things. People are really just looking for a way to put their brain on the shelf and let someone else take the wheel with some fun stuff.

JOHNSON: What’s been the weirdest part of getting back on the road and doing stand-up?

FREID: It’s the travel. Being in an empty airport. Being in a hotel where it feels like you’re the only one at the hotel. The differences between the states. New York feels like it’s being run by your friend who goes to therapy twice a week. [laughs] Only that friend would tell you to wash your groceries. But then, you go to Florida, and that’s the complete opposite side of the spectrum. In Florida, you get off the flight, and they’re like, “Okay. Lick this old person, and then you’re allowed into the state.” It feels like Florida is run by your friend who does drugs twice a week.

I think a lot of people of a certain generation are looking for middle ground. And when you travel the country, you see that there’s very little of that. So that’s been the tough part because you’re just adjusting to the vibe of the state. It’s like living in Europe now. Texas is way different than Massachusetts. That’s like traveling from Paris to London at this point because every state has their own rules. I’m sure Indianapolis is the same way.

JOHNSON: You mentioned your dating advice podcasts. What inspired you to initially go down that route?

FREID: As you can tell, I love talking. I love radio. I love sports talk radio. I love high-energy radio. I love podcasts. So my goal was to start a podcast that fit me and could find people that are a lot like me with the same vibe as me.

It started as the TFM Podcast eight years ago. TFM is Total Frat Move — it’s a fraternity dude site where they report on guy stuff. I was writing for them, just as a way to promote myself as a comedian. I was in a fraternity, but I wasn’t a fraternity guy. So I was like, “Okay. Let me put out some stuff here.” Then, I went to them and was like, “I want to start a podcast.”

So I did that. I found a studio. They would promote it. I was basically teaching their audience what a podcast was. At the end of the show, I’d say, “If you have questions, email them in.” And they started sending in all these questions because I think they trusted the way I wrote and that I’d bring a levelheaded approach to these things. It went from 10 to 15 to 20 emails a week. Now, I’m getting 100 emails a week, and it’s all dating and relationship questions.

I would always have a guest on, and the guests and I would dig into any problem. There wasn’t any email, where we’d go, “Dump him! Leave her!” We dig into these subjects, and I think the more that people listened to it the more they came to trust it. Now, we’re going on eight years. I’m answering emails twice a week. The emails are so amazing. The audience is majority women because they just want to hear people reasonably talk.

JOHNSON: You’ve been involved with some NFL-related shows in the past. That being said, what are your thoughts on how the 2020-21 NFL season has unfolded?

FREID: It’s weird. I love NFL football. I’m also a Patriots fan. So to me as a Patriots fan, it feels like we’re living in an alternate reality. The first game of the season it felt like I was in the movie Back to the Future and was in the alternate 2020. Tom Brady is in a Bucs jersey. Cam Newton is in a Patriots jersey. I don’t recognize one name of the Patriots players on the field, and the whole sideline is Bill Belichick’s sons. It’s like, “What’s going on here?”

So I think it’s weird for everybody — there are no fans in the stands. But for Patriots fans, it’s weird times a million. Because if there was any year you wanted a little consistency, it would’ve been this year.

JOHNSON: You’ll be performing in Indy the weekend of New Year’s. That said, do you have any very bad or very good New Year’s-related memories?

FREID: I think being single on New Year’s Eve is only sad for one minute. When you’re single, New Year’s Eve can be exciting. It can be different. It can be new. People who don’t go out are out, so it’s an opportunity, if you’re a single person. There are only 60 seconds where New Year’s Eve is sad, and it’s that final minute of the year when everyone’s getting close to the person they’re going to kiss at midnight. And you’re like, “Oh god. Am I going to hug myself?”

JOHNSON: Lastly, I have to ask — do you have any sort of relationship with Indiana? Have you been here previously?

FREID: I’ve been there once before, and it was with Michelle Wolf. I opened for her shows there. My only other relationship with it is knowing that Tom Brady is the greatest quarterback of all time and Peyton Manning is not. [laughs]