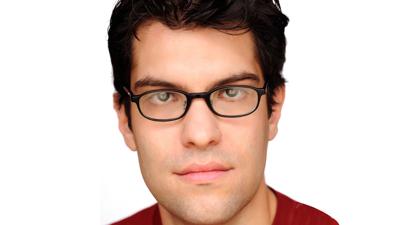 Multi-talented comedian Dan Mintz has a thing for the Midwest.

“In general, I think the Midwest is my favorite place to perform because they just seem to really like jokes and never take anything too seriously,” he says.

Best known as the voice of Tina Belcher on Bob’s Burgers, Mintz will visit Bloomington’s Comedy Attic for a run of stand-up shows spanning from May 6-8. Ahead of his performances, our Seth Johnson caught up with Mintz for an interview, which you can read below.

SETH JOHNSON: Your work in comedy extends across many mediums, from writing to voice acting to stand-up. That said, what impact did the pandemic have on all of that?

DAN MINTZ: It’s pretty amazing, but the voice acting had no interruption. They sent everyone a microphone where we just recorded from home with our laptops. For years, we’d been going to a recording studio. I don’t know why it’s just okay to record in my garage now, but I guess it is. [laughs]

I’m lucky that I’m not counting on stand-up as my main source of income. That’s hit other comedians a lot harder. I’ve been doing Zoom stand-up shows, but this will be my first live one since before the pandemic and I’m very excited.

JOHNSON: I’ve recently talked to some other comedians about the Zoom shows as well. What are your thoughts on those?

MINTZ: I didn’t hate them as much as I thought I would. [laughs] It’s definitely very hard to tell how well you’re doing. You don’t know how many people are on mute, and two people laughing a lot on Zoom sounds the same as everyone laughing.

JOHNSON: Outside of the Zoom shows, have you had any way to try out new stand-up material?

MINTZ: I guess technically, my first show [post-COVID] was kind of hybrid. It was this school benefit a couple weeks ago, where there were a few people in a coffee shop and everyone else was on Zoom. California has a lot different rules than other places.

The nice thing about my delivery is… because I talk kind of slow and I’m not doing a lot of crowd work, I don’t need a lot of practice to stay in shape. Most of the work I have to put in with stand-up is just writing jokes, which I was actually more efficient at during the pandemic.

JOHNSON: Going back a ways, what was it that first sparked your interest in comedy?

MINTZ: As a kid, my dad was a big comedy fan. Seeing how much he loved sitcoms and stuff made it seem like an important, higher calling than it maybe seemed to other people.

Also, in school as a kid, it was a shortcut to social status. I couldn’t always make people laugh, and sometimes I’d try and fail miserably. But being a shy person, whenever I could, it was such a great experience, and I spent a lot of time trying to figure out how to do it.

I didn’t really understand that there was a history of low-energy comics, like Steven Wright, so I just assumed it wasn’t really for me. But right before I went to college, we were in New York, and we went to a comedy show. I saw this comedian, Mitch Fatel. He was low-energy, talked slowly but was just killing it, and I thought it was hilarious. So I was like, “Oh, maybe this is something I could do.” A few months later, I went to an open mic and started.

JOHNSON: While you were attending Harvard University, you wrote for the school’s humor publication, The Harvard Lampoon. What are some things you took away from doing that at a young age?

MINTZ: It takes itself very seriously, for better or for worse. When I went to the meeting freshman year, there was a very competitive process to get on, and it felt a little pretentious for college students to be telling me they were going to teach me how to write comedy. But they weren’t wrong. You really learned a lot of little things about comedy writing, and you got a head start over people that were learning it when they got their first comedy-writing job.

JOHNSON: Did you have voice actors that you admired or were drawn to growing up?

MINTZ: I was never planning to be a voice actor — I kind of fell into that. But I loved The Simpsons. It’s still my favorite show. I only do one voice, but so many of these actors do a million voices, and I’m so impressed by that.

For a while, as a kid, I was trying to learn how to do impressions and voices. I failed miserably at that and never thought about trying to pursue it until John Benjamin asked one day if I wanted to try out for this new cartoon.

JOHNSON: When you first got into voice acting, were there any challenges or things you had to learn along the way in order to be successful?

Sometimes it can seem deceptively easy, and you do need to learn to really treat it like you’re acting and really try to get inside the character, even though sometimes it seems like you don’t need to as much.

Kevin Kline is the Mr. Fischoeder character [in Bob’s Burgers]. Early on, he would be like, “What is my character’s motivation?” He just got so into the actor-y stuff, where all I was thinking about was, “Do I end this line inflecting up or down?” [laughs] It was a good lesson of, “You can be lazy and get away with stuff, but you really should push yourself to put the most into your work.”

JOHNSON: What do you enjoy most about voice acting?

MINTZ: The other actors are much more into improv than me, and they’re all amazing at it. I don’t do it as much, but it’s so fun listening to them. Every once and a while, I can actually think of a funny, off-the-cuff line, and that’s incredibly fun.

JOHNSON: Do Bloomington or the Comedy Attic hold any particular significance to you?

MINTZ: I spend a lot of time writing and not going on the road, so I don’t know a ton about it. But every time I mention the Comedy Attic to another comic, they’re like, “Oh wow. That’s amazing. It’s the best club.” So that makes me very excited to go.