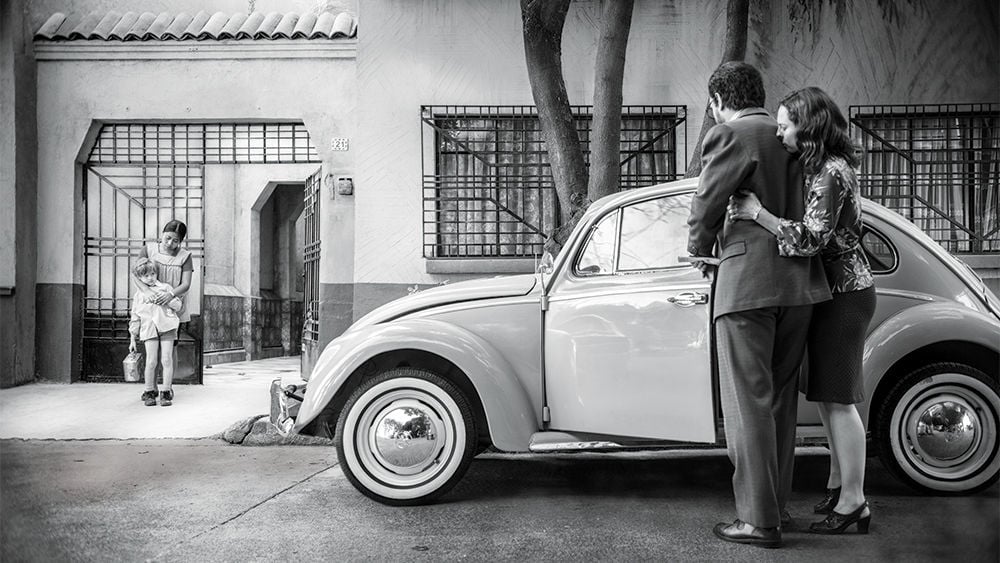 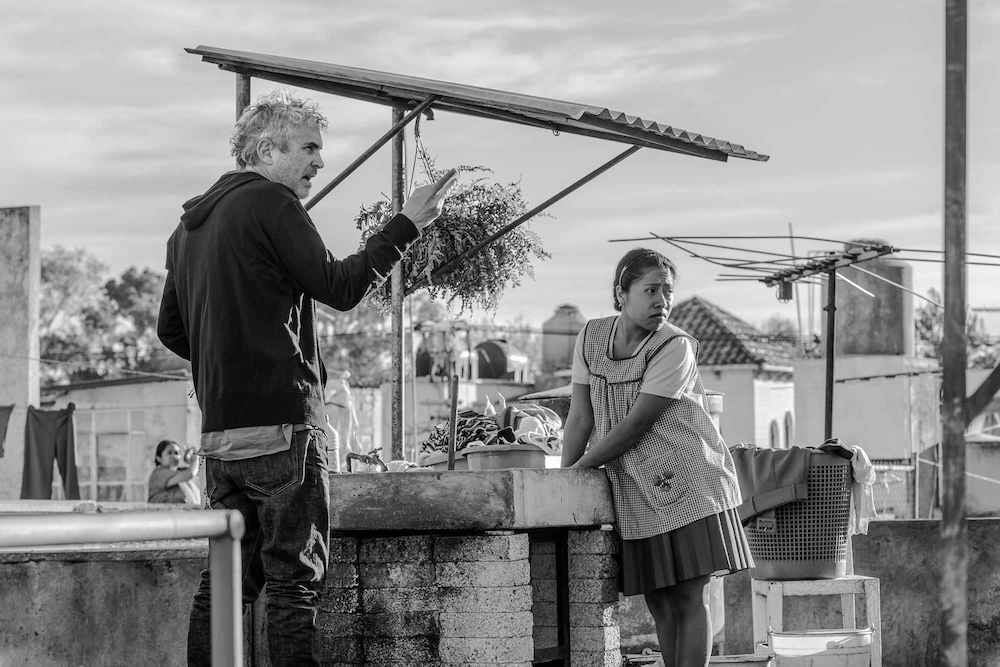 First, and foremost, Roma is a cinematic masterpiece. From beginning to end, Alfonso Cuarón Orozco creates one of the most beautiful, compelling, and artistic films you are likely to ever see. And see it, you should.

The film earns praise like “stunning” and “unparalleled.” And it deserves accolades like a record number of Academy Award nominations—ten in all, tying The Favorite for the most for a single movie.

Loosely autobiographical, Roma is director Orozco’s ode to his Mexican childhood, his parents’ divorce, and the indigenous housekeeper/nanny who lives with the family. Over the arc of one year (1970-71), their personal drama is laid bare.

The film is described as the story of, and a tribute to, the housekeeper Cleodegaria "Cleo” Gutiérrez (Yalitza Aparicios). She is meant to be the film’s protagonist, and it is the events of her life the film focuses on—opening and closing with Cleo at the daily task of cleaning the floors from dog shit. In between, we witness what must be the most difficult 12 months of her life.

Each moment of Roma is built to highlight the aesthetic mastery of the male filmmaker and stoke the aesthetic pleasure of the male viewer. The camerawork, like the narrative, is voyeuristic throughout, and the women at its center are idealized versions of femininity and maternity in nearly-cliched proportions. It is impossible to watch the movie and not be hyper-aware of Orozco’s presence. In scene after scene, the overwhelming artistry of the movie is louder than any of the women at its center.

There is not one nanosecond of the movie where you don’t feel Orozco the filmmaker in the room. Every frame is an elaborate tableau; every sound a deliberate layer of narrative; every pan of the camera (and there are a bazillion of them) reminds you that this is his story, his memory, his artistic handiwork. It’s all very Proustian in some ways—particularly in his striving for realism in memories triggered by sensual details.

And that’s my problem with the movie: While it purports to be a tribute to women, in reality it is a tribute to the male gaze and ego.

We only get glimpses of Cleo outside the family’s home and their employ, and those scenes provide very little insight. She’s obtuse to the point where you begin wondering if she’s daft. And that’s because she is not the one telling us her story. We are not getting any closer than a voyeur. We sit behind her in the movies. We stand next to her in a hospital. We giggle when she is intimate with her boyfriend. In every case, we get a child’s view of grownup problems while spying from the doorway.

Not just a any child, but a boy child who already views her as his inferior. Orozco lays on the symbolism so thick you’d have to be asleep to miss it. There’s no mistaking the same type of “white male savior” complex that mars films like Green Book. The family at the center of Roma is part of the light-skinned Hispanic elite that preserved its status by denigrating indigenous people and the descendants of slaves in order to perpetuate institutional racism and their own elevated status. The portrayal of Cleo, the poor village girl, relies on the presumption that she is “better off” with them in the city, in servitude, and not just economically. It relies upon one of colonization‘s most pervasive myths—one that is never challenged in the film.

I don’t want to reveal any spoilers, nor am I big on trigger warnings, but the climax of the film could genuinely be traumatic for women who aren’t prepared to relive graphically and clinically the pain and complications of childbirth. Here, and elsewhere, what is meant to induce empathy merely feels spiteful. There’s not an ounce of female energy in that room, nor a flicker of insight.

And it’s also a particularly masculine point of view when Cleo’s employer struggles through her divorce, telling Cleo in a crucial scene, “We are alone. No matter what they tell you, we women are always alone.”

The problem with that line, and the amount of time Roma spends trying to prove it true, is that it only applies if a woman’s life is dependent upon a man’s presence in order to be whole. Cleo’s life is far from empty, nor is she alone. We see friendship in snippets, we see her own family in snippets, we see her contemplating the sky and life itself, but only in snippets. The film never gives us those moments as fully as the ones where men are doing the women wrong and the women are falling apart as a result.

The absence of these moments might not seem so glaringly obvious if they didn’t come after Elena’s Ferrante’s phenomenal My Brilliant Friend. First as a series of books, now as an HBO series, we’ve seen the genre done right and done in a way that honors women honestly, not patronizingly.

Towards the end of Roma, one of the children asks Cleo if she’s a mute. She talks so little in the film that it’s a fair question. But it’s also fair to ask if maybe her silence has more to do with a reluctance to share her innermost thoughts and feelings with the boss’s kids than the tragic feminine stoicism Orozco alludes to. There is a grace and strength to Cleo barely visible beneath the umpteen layers of cinematic showing-off in Roma that hints at a whole person. That’s the movie I’m still waiting to see.

Cleo’s muteness in Roma is less a narrative device than it is the ongoing silencing of women by male storytellers. The result, albeit a masterpiece, is a textbook example of the male gaze and the inflated masculine ego behind it.

Let’s let 2019 be the last time we heap awards on that particular accomplishment.

The Story of Chaney Lively

A Conversation with John Cusack