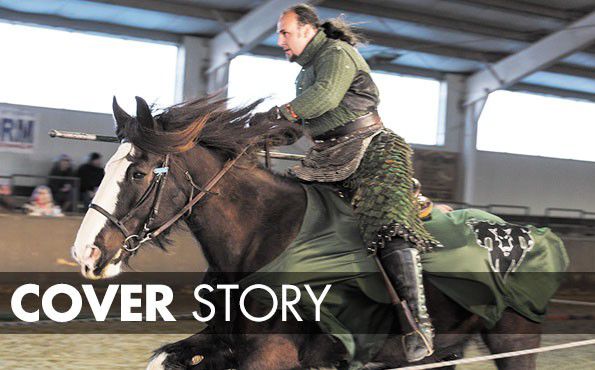 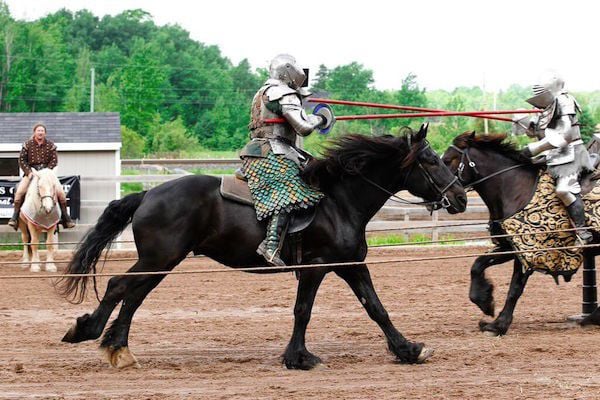 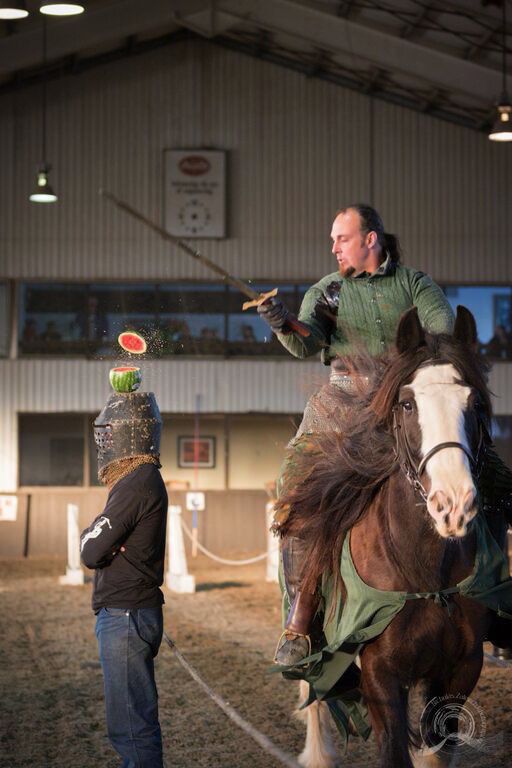 If you're gonna miss this one, don't miss low. 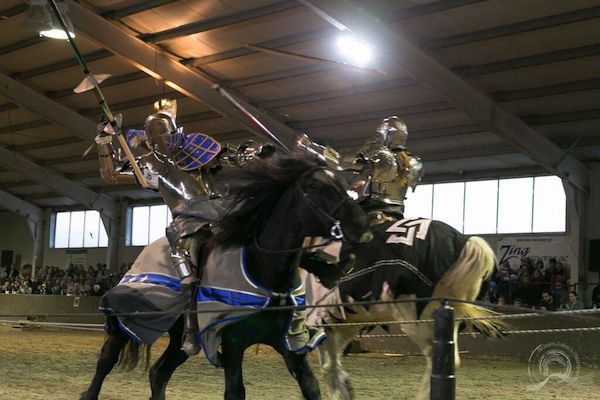 If you're gonna miss this one, don't miss low.

If you've seen Full Metal Jousting on the History Channel, you're already familiar with the show's host, Shane Adams, and his "Knights of Valour" jousting troupe. Adams, "Captain" and owner of the troupe, will bring four competitors to stage four exhibits of honest-to-painful medieval sport at the Hoosier Lottery Grandstand.

"When people hear 'jousting,' they think of a staged event at a Renaissance Faire. We joust for real — no seat belts, no scripts," says Adams in his thick Canadian accent. "This is extreme — 100 percent full-contact jousting."

RELATED: Check out the big LEGO sculptures at the fair, too

The equipment's legit, too: Each rider wears "140 pounds of 14-gauge stainless steel armor, meant to withstand upwards of 5,000 pounds of force and impact — that's exactly what we're getting hit with," according to Adams. (Yes, if you're wondering, armor-builders — "armorists" — still exist.)

While Adams and his crew may be crazy, they're not stupid — the lances are not pointed. "They're tournament lances," explains Adams. "The lances are blunted with a "coronal" — an inch-and-a-quarter copper cap, which helps prevent the lances from piercing into the armor.

RELATED: Also at the fair: Indiana shrimp farming (yes, you read that right).

The tourney's scoring methods haven't changed in centuries. A rider scores a single point for striking the "gridded grand guard," or the target area, a shield bolted onto a jouster's left shoulder. (If a knight doesn't hit that target area at all, zero points are awarded.) It's five points for shattering a rider's own lance and ten for unhorsing one's opponent and knocking him to the ground.

As Adams eloquently puts it, "It's the demolition derby of the Middle Ages."

"A knight and his armor weigh just over 400 pounds. Place him on top of his 2,000-pound warhorse, his Percheron or Clydesdale. The horse turns about and charges down, on average anywhere from 20 to 25 miles an hour. The collision itself? Let's round it off: 2,500 pounds against 2,500 pounds at a combined speed of 50 miles per hour." Multiply that by four to five passes per match, and you've got a sport that's as dangerous as it is exciting.

RELATED: An urban farmer's also featured at the 2015 fair

And as you'd guess, dislocated shoulders are the most common injury among jousting enthusiasts, followed closely by broken right hands. Tourneys have no gender restrictions, by the way — although the troupe does count women among their ranks, four men are slated for the "fight card" at the fairgrounds.

But there's still one question Adams hasn't answered: How in the world did he decide to take up a sport that originated in the 11th century?

"Be careful what you wish for," laughs Adams, "That's all I'll say."