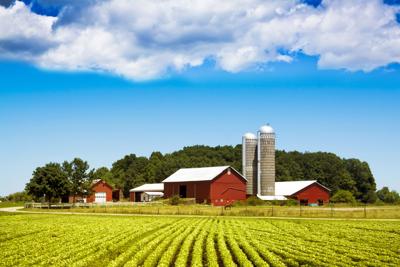 Members of the state Legislature are at the Indiana Statehouse to begin their yearly session to vote on and amend bills that could become the state’s newest laws.

Some of the bills introduced could have a direct impact on the state’s environment or help or impede Hoosiers from improving their own effect on the environment.

The proposed bill would require the Indiana Department of Environmental Management to conduct onsite inspections of every concentrated animal feeding operation at least once every year.

CAFOs can provide a low-cost source of meat, milk and eggs, but can also negatively affect water sources and air quality.

IDEM’s Office of Land Quality inspects CAFOs during the first six months after they have been populated, during a change of regulatory status and after a transfer of ownership. IDEM said visits to CAFOs are “conducted as needed depending on issues identified.”

The bill has been proposed in the Legislature in the past, but did not get beyond the Senate Committee on Environmental Affairs during the 2020 legislative session.

The bill would reduce the amount of time veterinarians and animal owners, caretakers or custodians have before they are required to report the existence of a disease or condition to the state veterinarian or local health officer from 48 hours to 24 hours.

Senate Bill 53 would require a laboratory or animal health professional to report the type of test performed and positive diagnoses of certain diseases and would allow the State Board of Animal Health to adopt rules it considers necessary to carry out the reporting of diseases and conditions.

Senate Bill 68 would allow members of a conservancy district board of directors to attend meetings electronically. The bill would affect who is considered present at a meeting and allow for voting and participating electronically. Board members would still be required to be physically present for at least one meeting a year.

Senate Bill 189 would allow for interviews and negotiations regarding commercial prospects or agents by the White River State Park Development Commission to be held in executive session.

This bill would make these negotiations exempt from public disclosure at the discretion of the commission.

It would also allow for records relating to negotiations between the commission and industrial research or commercial prospects be made available to the public after termination of the negotiations.

This bill would also amend the law regarding the posting of IDEM’s list of impaired waters by making the list available on the department’s website instead of being published in the Indiana Register. This list would be made available for public comment for a minimum of 45 days instead of a minimum of 90 days.

The proposed bill would prohibit coal ash to be disposed of into a landfill or impoundment that is a 500-year flood zone or into any area that would contact ground water during any portion of the year.

Senate Bill 367 would also prohibit IDEM from approving closure plans of disposal facilities if facilities are located within a 500-year flood zone, if facilities could potentially leak into ground water or if the disposal structure does not have a liner compliant with federal criteria.

This bill would also require the Indiana Utility Commission to review an electric utility’s plan for closure of such facilities that would include an assessment of potential costs of remediating ground water contamination. Closure costs of surface impoundments could be recovered if the closure plan is in the public interest and the costs are not excessive.

This bill would amend the President Benjamin Harrison Conservation Trust Program by giving it additional powers relating to the reduction of carbon footprints.

Senate Bill 373 would authorize the program to receive money from investors of carbon sequestration. This money would be deposited into an account and would be used to purchase property that would generate carbon offsets to land trusts and other entities.

A carbon offset reduces carbon dioxide emissions made at one location by compensating for those emissions in secondary location. One of the most common ways to offset carbon is through carbon sequestration, the process of storing carbon dioxide captured from the atmosphere.

This bill would repeal the law requiring an IDEM permit for activity in a state-regulated wetland and eliminate protection of wetlands in the state.

This bill would grant the Indianapolis Metropolitan Development Commission the ability to adopt an ordinance that designates a wastewater facility improvement district and allow for an incremental property tax revenue to be captured.

This bill would specify that a civil action brought for monetary or injunctive relief due to the discharge of a contaminant may only be a nuisance action. It would also define stigma damages.

House Bill 1014 would require IDEM to make quarterly inspections of facilities that are located near waterways and have one or more hazardous materials present more than 30 days per year.

HB 1014 would also require the environmental rules board to adopt rules concerning the identification of such facilities and rules that establish requirements for the safe storage and handling of hazardous materials as well as the prevention of these materials into surface bodies of water.

House Bill 1055 would allow the executives of counties to adopt ordinances designating their counties as members of a proposed watershed development commission and establish these commissions as legal entities with the counties as its members if recognized by the natural resources commission.

This bill would also provide for the funding of these commissions through a yearly special assessment against each taxable parcel of real property and authorizes commissions to give preference to Indiana businesses over out-of-state businesses when contracting for public works.

Watersheds are land areas that channel rainfall and snowmelt to bodies of water. Almost every activity that happens on a watershed, including watering grass and washing cars, influences the body of water the watershed runs into.

This bill would require the Indiana Department of Health to establish state maximum contaminant levels for PFAS in water provided by public water systems.

PFAS are a group of manmade chemicals used in consumer and industrial products since the 1940s. PFAS have been linked to testicular and kidney cancer, liver damage and developmental problems in children.
Currently, there is no state or federal maximum contaminant level for PFAS, but there are unenforceable drinking water health advisories of 70 parts per billion for PFOA and PFOS, two chemicals that are part of the PFAS family.

This bill would require a person who causes a spill of certain substances into state waters to report the spill immediately to IDEM, the relevant county health officer, water users within five miles upstream and 25 miles downstream, at least one emergency response agency and all parks located within the county in which the spill occurred.

House Bill 1151 would also require that this information be posted on each entity’s website and made available to the public.

This bill would also necessitate that the county health officer who receives a report of a spill notify the news media in each county and all parks located within five miles upstream and 25 miles downstream of where the spill occurred.

This bill would make persons who fail to follow reporting procedures liable for a civil penalty and a possible Class A misdemeanor or a Level 6 felony if the person has a prior unrelated conviction for a reporting violation. Money collected from civil violations would be deposited into a special fund.

The bill would require IDEM to establish and administer the greenhouse gas emissions inventory grant program. Grants would be awarded to a town, city or county that partners with the Indiana Sustainability Development Program or any other accredited college or university in the state with a similar program to conduct a greenhouse gas inventory.

House Bill 1359 would define odor nuisance and require the environmental rules board to adopt rules that oversee the determination of when such a nuisance exists, as well as identification of economical means of elimination.

The bill would also make violators subject to a civil penalty and allow for civil action.

This bill would establish a civil action for an environmental nuisance as a nuisance action and would define stigma damages.

It would also require a plaintiff to establish specific damages with clear and convincing evidence as well as make stigma damages unobtainable.

The bill would allow electric utilities to install, own or operate electric vehicle infrastructures and provide incentives or rebates to customers for using them.

House Bill 1385 would also assure cost recovery of an approved estimate for pilot programs as well as deferral of pilot program costs.

House Bill 1469 would require a public hearing for the approval or denial of a closure or post-closure plan for a coal ash surface impoundment. It would also establish requirements for the disposal of coal ash and require owners of impoundments to develop a transportation plan for the residuals.

The bill would also increase the safe recycling of coal ash, create jobs in coal ash and recycling, and improve safety during coal ash clean-up.

This bill would establish a tax credit for taxpayers who create clean energy training positions.

The bill would provide that a permit issued to a quarry or aggregate company for excavation of certain materials is valid for the duration of the permitted project subject to periodic compliance evaluations.

House Bill 1496 would also establish that these operation permits become void if construction has not started within two years of being issued.

House Bill 1573 would provide that the planning and zoning law does not authorize a unit that has adopted the advisory planning law to prevent forestry or agricultural activities outside the corporate boundaries of a city.

The text of bills introduced during the legislative session often changes, and more bills will be introduced. We'll keep you up to date.