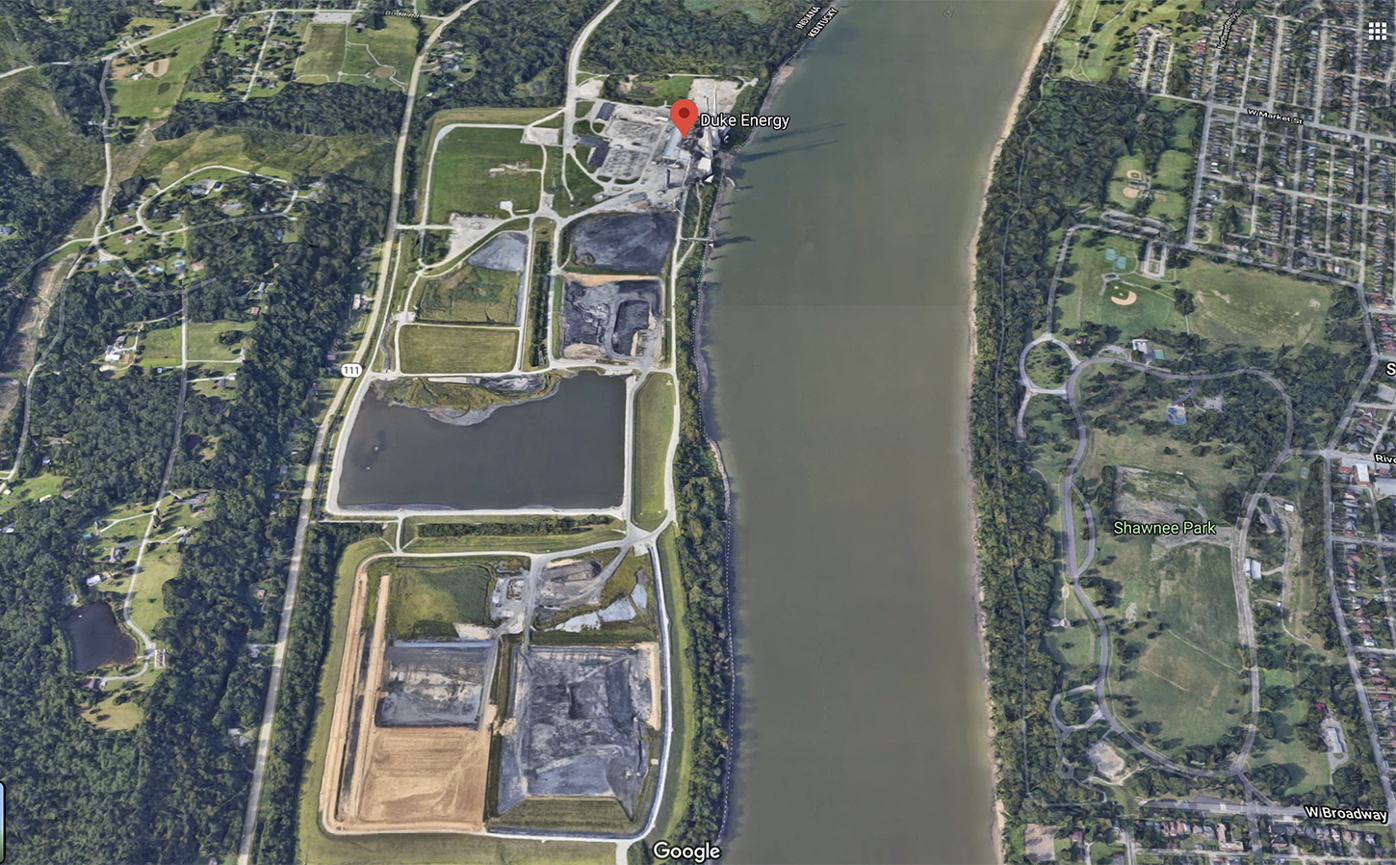 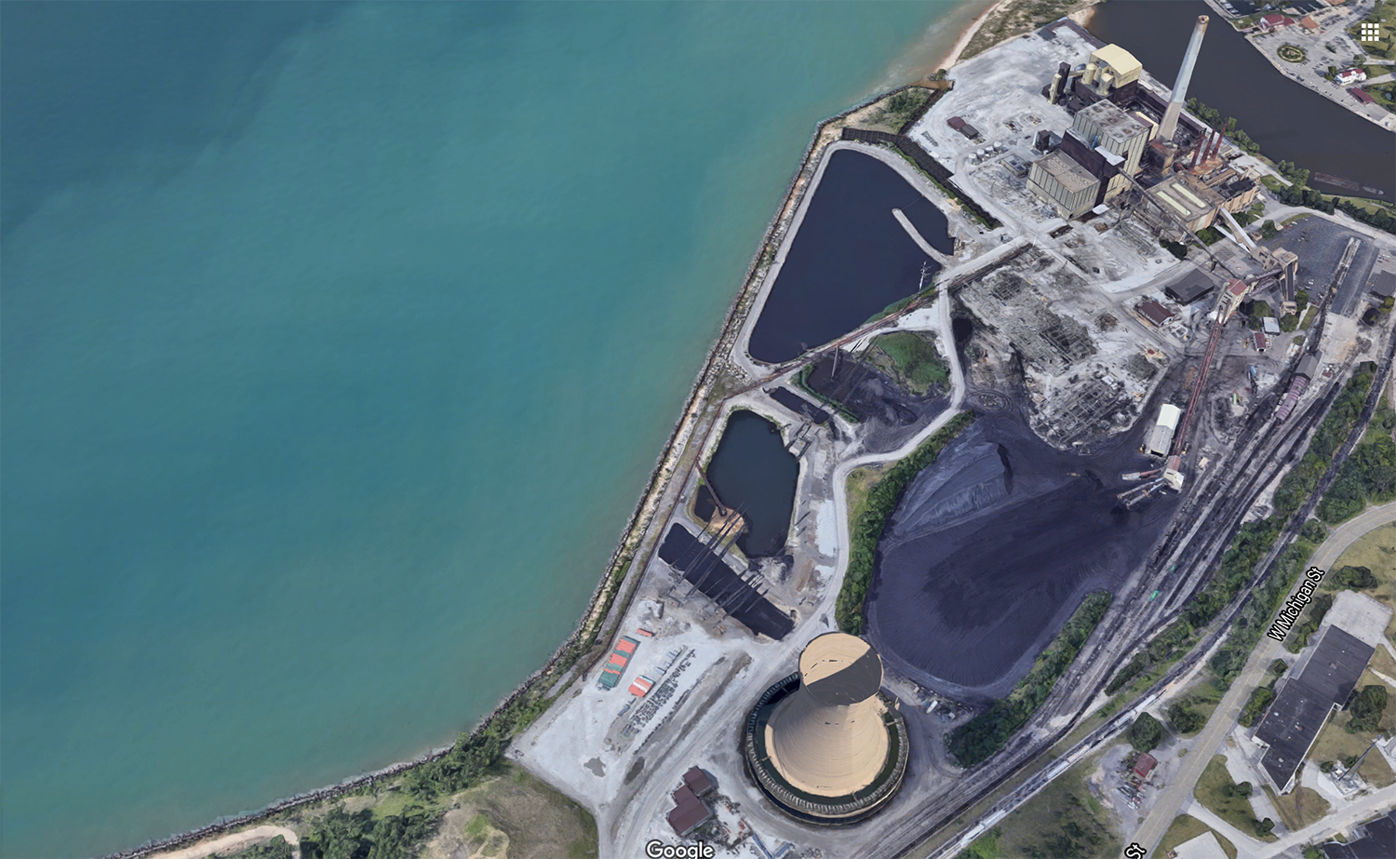 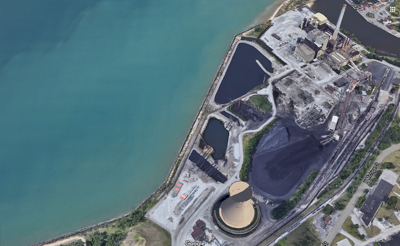 Fourteen of Indiana’s 15 coal ash sites have left groundwater unfit for human consumption, according to a new report by the Hoosier Environmental Council. And unlike other states dealing with residue from coal-burning power plants, Indiana is taking few steps to stop pollutants from coal ash ponds from seeping further into the water system.

“The contrast with other states is stark,” said Dr. Indra Frank, the council’s director of environmental health and water policy and co-author of the report. In North Carolina, South Carolina, Virginia, Florida, Tennessee and Georgia, coal ash is being removed from leaking disposal sites in floodplains and either recycled or taken to lined landfills on higher ground, she said.

“These other states show just how feasible this is,” Frank said. “In fact, in North Carolina and South Carolina, this process has already been completed for millions of tons of coal ash. Yet in Indiana, the state has started approving plans to leave coal ash in the floodplain and contaminating groundwater.”

Frank said resulting pollution threatens Indiana’s major rivers and Lake Michigan because most of the coal ash in the state is currently sitting in the floodplain.

Coal ash is what is left over after burning coal for electricity. The burning process concentrates the heavy metals in coal, such as arsenic, lead and mercury, making the ash a potentially hazardous substance.

Indiana has more coal ash than any other state, with 13 unlined ponds in floodplains. Utility plants need to have a source of cooling water in order to run. This has led to coal ash ponds being located near or next to Lake Michigan, the White and Ohio rivers, as well as every major waterway in the state.

Ground water monitoring results released in 2018 showed 14 of 15 sites in Indiana “exceed drinking water limits for molybdenum and lithium, 12 for boron, 11 for arsenic, 10 for sulfate, six for cobalt, four each for antimony and radium and two each for lead, selenium and thallium. The maximum concentrations detected often exceeded drinking water standards by many-fold,” according to the HEC report.

Since taking office, President Trump and the EPA under his administration have released four revisions to weaken residuals rules. The last revision, announced in October, allows for more “site-specific management of coal ash so long as the impoundments demonstrate no reasonable probability of adverse effects to the human health and the environment,” according to an EPA news release.

“The administration’s announcement opens the door to keeping some coal ponds open indefinitely that a court found should be closed to protect health, the environment and drinking water,” Earthjustice senior counsel Lisa Evans said in a statement regarding the most recent rollback. “I’ve never seen an administration so willing to repeatedly violate a court order directing the EPA to protect the public’s health and environment.”

The 32-page Hoosier Environmental Council report details how Indiana is far behind other states in coal ash clean up, although three sites do have plans to move ash from unlined ponds to lined landfills on higher ground.

According to the report, “of nine Indiana coal ash sites with the ash sitting directly in the groundwater, IDEM has only required one to remove the ash from groundwater; two have stated their intention to excavate the ash; and six have plans to cap the ash in place that IDEM is still reviewing and requiring changes.”

This could lead to two potentially dangerous situations. One, if there is a flood, ash could be carried to nearby waterways and affect aquatic or animal life. Due to climate change, more flooding events are predicted for the state. Flooding events also put ponds at a higher risk for spills.

Second, coal ash could leach into the groundwater supply beneath the pond, potentially contaminating a private or municipal well system. Two-thirds of Indiana citizens get their water from groundwater sources.

Wells in Indiana have already been contaminated by coal ash. Most notably, in the town of Pines, the water supply was polluted by a coal ash landfill owned by Northern Indiana Public Service Co. NIPSCO paid for municipal water lines from Michigan City to be extended to Pines, but 38 homes in the town still aren’t connected and are receiving bottled water from NIPSCO.

Duke Energy has also extended water lines to homes near its Cayuga plant and provided bottled water to residents near their Gibson and Noblesville plants.

The report also points out that if coal ash sites continue to contaminate groundwater, that water will unavailable for future use.

“Coal ash contaminants are metals. Over time and depending on local conditions, they can undergo chemical reactions to other forms, like arsenic being oxidized from arsenite to arsenate, or they can be moved by wind or water, but they do not break down,” the report says. “Coal ash is essentially a forever pollutant.”

“It takes ash out of impoundments that are contaminating groundwater and sitting in the floodplain and puts it where it can't contaminate water,” she said. “Recycling coal ash into cement or other pavement locks away contaminants and produces income that offsets the cost of coal ash disposal. The ash that can't be recycled needs to be disposed of in a lined landfill on high ground to prevent the ash from coming in contact with water.”

Besides removing coal ash from floodplain areas, the report recommends that coal ash not be used as fill material where it could possibly come into contact with water; that contaminated groundwater be cleaned up; that companies provide full disclosure of the financial risks of keeping coal ash in place, in the event of a catastrophe where cleanup is required; and that coal no longer be burned for electricity.

“The ultimate solution to the problem of coal ash is to move away from using coal,” the report says.

Production of wind and solar electricity is growing in Indiana, but with the release in November of the draft report of the 21st Century Energy Policy Development Task Force, the Indiana legislature seems hesitant to rely solely on renewables.

“To keep Indiana competitive in attracting and retaining certain businesses, the state must encourage the deployment of renewable energy resources, while not compromising the reliability and affordability of electric utility service,” the task force report says.

The draft report also says that renewable energy sources are significantly more variable and are often harder to predict than electricity generated from fossil fuel sources because of renewables’ dependence on nature.

New legislation on energy policy is expecting in the coming 2021 state legislature session.