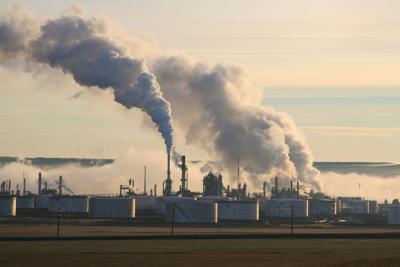 Indiana Attorney General Todd Rokita and the Republican attorneys general of 11 other states filed suit against the Biden administration over an executive order that reintroduces a Bush-era method for calculating the social cost of greenhouse gases in cost-benefit analyses.

Executive Order 13990, one of several executive orders issued during President Joe Biden’s first day in office, pushed climate change to the forefront of the new administration by repealing several Trump-era executive orders and rules, including ones that affected the boundaries of several national monuments and drilling in the Arctic National Wildlife Refuge, and revoked the permit for the Keystone XL Pipeline.

Section 5 of the order reestablished an interagency working group to determine the social cost of greenhouse gases, a long-term accounting of the economic damages associated with incremental increases in the emissions of greenhouse gases like carbon dioxide, nitrous oxide and methane.

Costs are anticipated to rise even more early next year, when the working group is expected to develop a more complete revision of the initial estimates.

The cost estimate means that when the federal government calculates how much regulations will cost to implement and how much benefit they are projected to bring to Americans, the scales are weighted to reflect more social cost than they did during the Trump administration, when the social cost of carbon was reduced to between $1 and $6 per metric ton.

Rokita said the change threatened to have a “devastating impact” on Indiana households and nearly every aspect of the nation’s economy. He said the executive order would most significantly impact manufacturing and agriculture in Indiana.

“Since January, we have witnessed an unprecedented level of federal overreach. And now, we have yet another egregious example as President Biden attempts to regulate virtually every aspect of the American economy,” Rokita said in a statement.

The suit claims that, through the executive order, Biden has given the executive branch the power to dictate the “speculative” social cost of greenhouse gases in nearly every federal program without any statutory or constitutional authority. They said that power belongs to the Congress.

The George W. Bush administration set the first social cost of carbon estimate after a federal appeals court ruled in August 2008 that the National Environmental Policy Act, a 1970 law requiring environmental impact statements for federal actions, required federal agencies to analyze the effects of its actions on global climate change.

The Obama administration in 2009 established the Interagency Working Group to develop government-wide estimates for the social cost of carbon based on a 1993 executive order. The working group estimated the cost at $31 per metric ton in 2010 and $69 by 2050.

A majority of the attorneys general involved in the lawsuit were in office during the Trump administration but did not sue when the former Republican president used executive power to set a new value for the social cost of carbon.

The attorneys general involved in the lawsuit also argued that the executive order allowing the President to set the social cost of greenhouse gases could inflict trillions of dollars of damage to the U.S. economy for decades.

“In theory, the Biden administration’s calculation of ‘social costs’ would justify imposing trillions of dollars in regulatory costs on the American economy every year to offset these supposed costs,” the lawsuit states. “If the Executive Order stands, it will inflict hundreds of billions or trillions of dollars of damage to the U.S. economy for decades to come. It will destroy jobs, stifle energy production, strangle America’s energy independence, suppress agriculture, deter innovation and impoverish working families.”

Increasing the social cost of carbon could shift the burden of paying for climate change impacts from taxpayers to polluting industries.

Greenhouse gases trap heat in the atmosphere, warming the planet and changing the climate.

Increasing global surface temperatures raise the possibility of droughts occurring and increase the intensity of storms and other natural disasters.

According to the National Oceanic Atmospheric Administration, 2020 is the sixth consecutive year with 10 or more disasters where overall damages and costs exceed a billion dollars.

Since 2005, the federal government has spent $460 billion on disaster assistance.

According to the Indiana Climate Change Impacts Assessment, warmer overnight temperatures have contributed to reduced corn yields over the last decade and could reduce Indiana corn yields by 16% to 20% by mid-century and soybean yields by 9% to 11%.

The impact could increase the need for the already heavily subsidized sector of the U.S. economy.

The social cost of carbon update could allow the Biden administration to craft more climate-friendly regulations that target the cause of climate change instead simply paying for its effects.

“This interim estimate is an appropriate first step in providing improved tools to account for the massive economic damage wrought by climate change — including from droughts, wildfires, rising ocean levels and the ever-growing extreme weather events that destroy lives and property,” Starla Yeh, director of the policy analysis group at the Natural Resources Defense Council’s Climate & Clean Energy program said in a written statement.