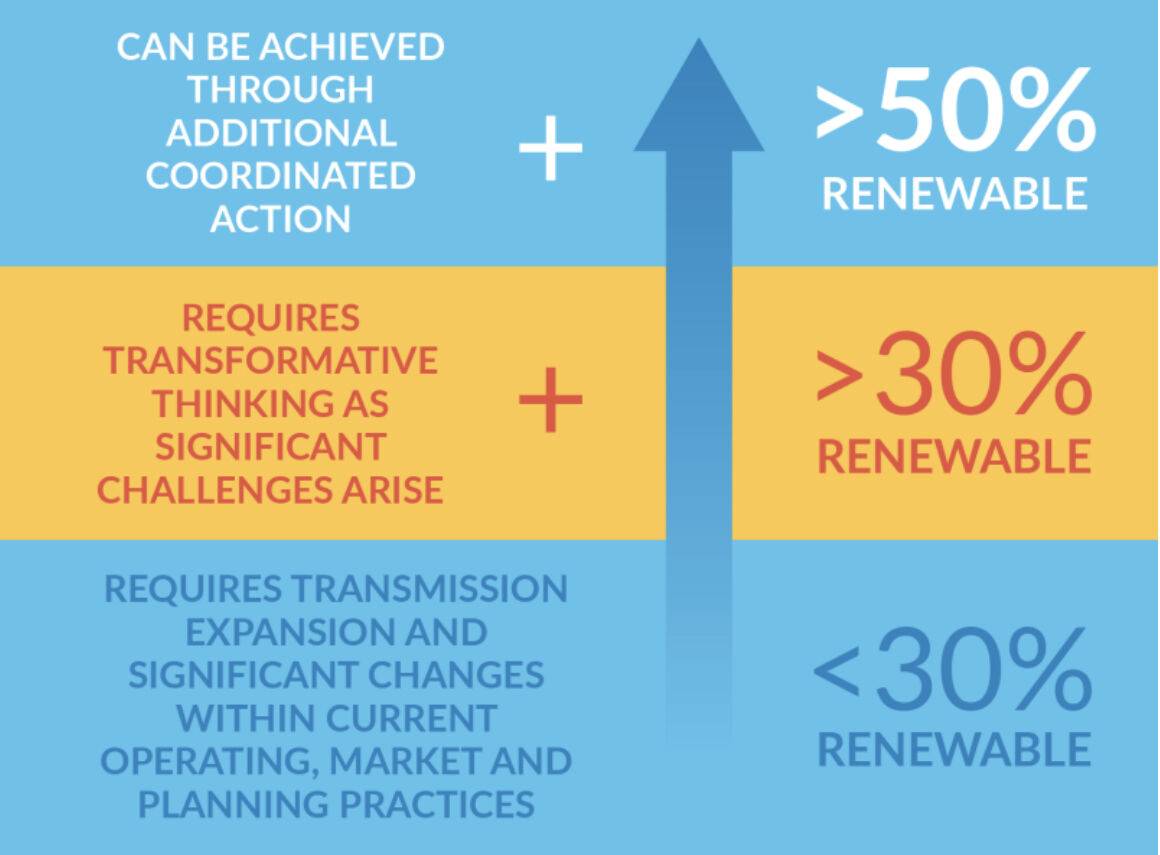 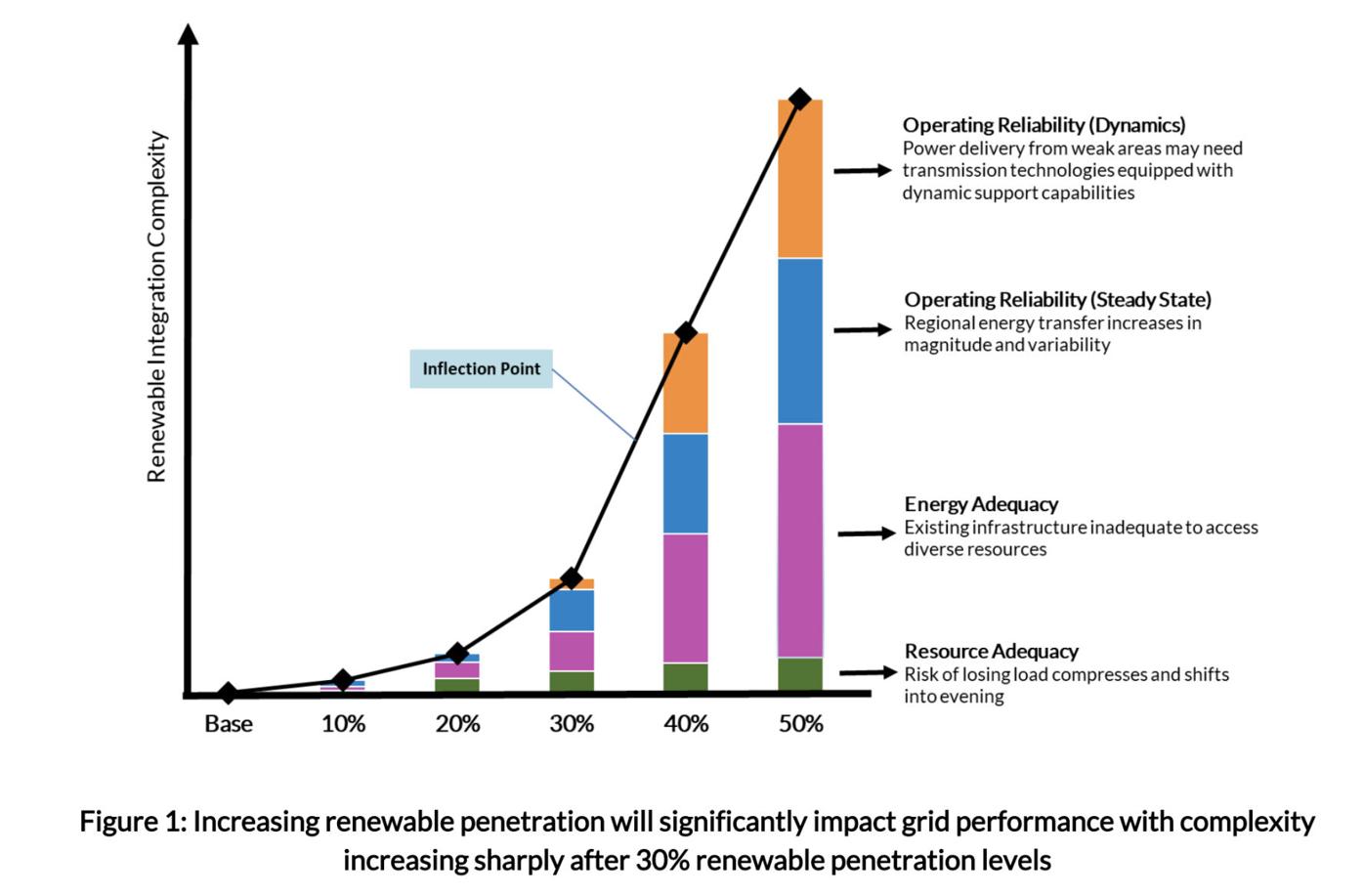 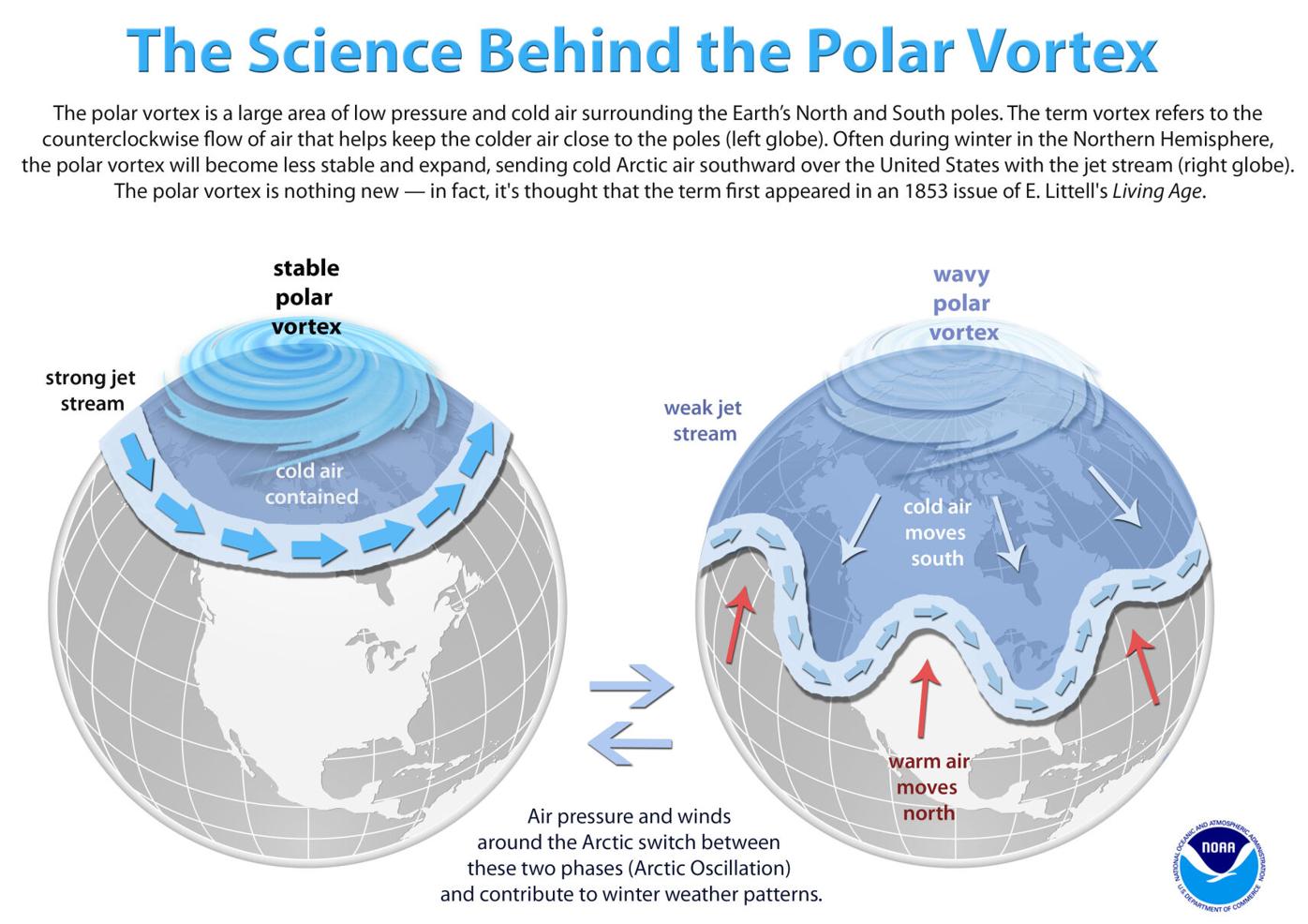 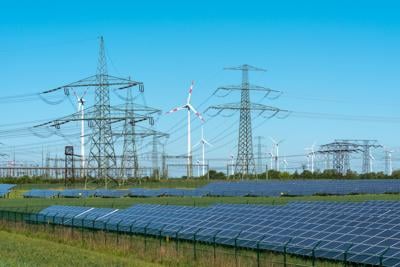 A week after the collapse of the Texas power grid amid frigid temperatures, a new report says it will take “transformational change” to replace fossil fuels as the most transmitted source of energy in Indiana.

That’s in spite of increased interest in renewable energy investment and steps taken to reduce the regulatory patchwork across the state.

The report, by the Carmel, Indiana-based Midcontinent Independent System Operator, which oversees the electrical grid for Indiana, 14 other U.S. states and the Canadian province of Manitoba, found that moving to a majority renewable energy grid is not impossible, but it will require coordinated action in planning, markets and operation to overcome the challenges and risks that will emerge due to the changeover efforts.

“[MISO’s Renewable Integration Impact Assessment] demonstrates that as renewable energy penetration increases, so does the variety and magnitude of the bulk electric system needs and risks,” the report states. “Managing the system under such conditions, particularly beyond the 30% system-wide renewable level, is not insurmountable and will require transformational change in planning, markets and operations. RIIA concludes that renewable penetration of at least 50% can be achieved through additional coordinated action.”

The assessment, released in early February, is the culmination of several years’ worth of meetings and discussions with utilities operating in MISO’s service area.

The report found that the addition of renewable resources adversely impacted the grid’s operational stability.

Solar panels turn solar energy into direct current, or DC, electricity. But most utilities produce and transmit alternating current, or AC, electricity, so solar energy providers must use inverters to convert DC electricity to AC to operate as part of the grid. Large wind turbines typically produce AC power, but smaller wind turbines often produce DC power, which necessitates the use of an inverter to put out AC energy useable in the grid.

MISO found that the way to overcome that challenge is through a combination of multiple technologies, like high-voltage DC lines and DC equipment like synchronous condensers, which can reduce or eliminate the lag in supply created by introducing renewables to the traditional grid. The report also recommends adopting emerging technology like grid-forming inverters, which allows wind and solar inverters to form voltage and frequency levels like traditional generators.

The report also found other grid reliability factors that introducing renewables would change, including shifting the periods when the grid is stressed due to long-distance power transfers, shifting periods of energy shortage risk, shifting flexibility risk and insufficient transmission capacity.

MISO found that those challenges were manageable, but higher levels of renewable energy integration would require more adaptation.

“RIIA found when the percentage of systemwide annual load served by renewable resources is less than 30%, the integration of wind and solar will require transmission expansion as well as significant changes to current operating, market and planning practices — all of which appear manageable within MISO’s existing framework. Beyond 30%, transformative thinking and coordinated action between MISO and its members are required to prepare for the significant challenges that arise,” the report stated.

Grid reliability and climate change resilience have come to the forefront after Texas’ independent electrical grid failed during a historic cold snap, setting off a series of planning failures compounded by the frigid temperatures.

Early punditry pointed to frozen wind turbines as the cause of the failure, but as the situation become more clear, failures in fossil-fuel powered plants were revealed as the real source of the blackouts.

The Electric Reliability Council of Texas, the organization that runs the electrical grid for 75% of the state, apparently failed to winterize every step of the generation process, from extraction of natural gas to the buttons used to operate the power plants. The weather, and possibly the outages, led to at least 58 deaths over several days.

Climate change is affecting the spread of the polar vortex, a band of wind surrounding the North and South Poles, bring cold arctic air further south. The change is due to the rapid warming of the Arctic Ocean, which normally keeps the polar vortex contained.

Here in Indiana, climate change has already affected how Hoosiers live, work and play. Over the last 125 years, the average amount of precipitation that falls in the state every year has increased 5.6 inches. Instead of being spread out through the year the rain is falling in heavy downpours, increasing the risk of flooding in many areas across the state, affecting commutes, agriculture and costing Hoosiers.

The average annual temperature has also risen 1.2 degrees Fahrenheit in the state during that time, and is projected to rise about 5 degrees by mid-century.

Scientists and environmental advocates point to moving away from fossil fuels as necessary to reduce the impact of climate change, but the transition toward renewables could affect electric reliability unless utilities act to adapt.

The Federal Energy Regulatory Commission, the agency that oversees energy suppliers in the U.S., said it will examine the threat that climate change and extreme weather events pose to electric reliability.

“The effects of climate change are already apparent,” said FERC Chairman Richard Glick. “We must do everything we can within our statutory authority to ensure that the electric grid is capable of keeping the lights on in the face of extreme weather.”

FERC also said it would investigate “potential wrongdoing” in the natural gas and electricity market after natural gas prices spiked as high as 100 times the average price during the crisis in Texas. At least one U.S. senator has also pushed for a probe.