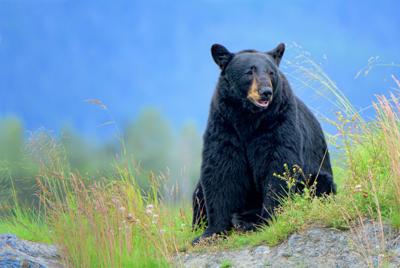 The carcass of a black bear was found lying by the Indiana Toll Road in Elkhart County not long ago. A DNR mammologist who examined the dead bear said it appeared to have been hit by a car or truck. The body was in “an advanced state of decomposition.”

This was only the fifth wild bear sighting in Indiana in 150 years.

The DNR mammologist, a fellow named Brad Westrich, spoke of the bear the way one might have recalled a folkloric bank robber or a selfless politician: “It is unfortunate,” he said, “that for many in Elkhart County this was their first experience observing a black bear. It’s well documented that wild animals are frequently killed on roadways, and it’s a shame that Indiana’s fifth black bear in modern history met this fate.”

A shame, certainly. But possibly preferable to the end meted out in 2015 to the so-called “Hoosier Bear.” That wayward member of ursus americanus was shot and killed by the Michigan DNR after ambling through three Michiana counties, knocking over garbage cans, helping itself to birdfeed and indiscreetly peering through the occasional backdoor. The Hoosier Bear was deemed a potential threat to humans.

This interpretation — the bear perceived as threat — is not untrue. A bear in your backyard can create a lot of havoc. What’s more, according to one source, black bears have actually killed 25 people in North America since 1997. This, however, is roughly the same number of people killed by lightning in a single given year. While black bears can indeed be dangerous, we humans have the threat assessment backward: we are a bigger threat to bears than they are to us.

We, humans, are chronic colonialists, born to settle and multiply wherever we can, especially if there’s a view. So we move deeper and deeper into forests, up mountainsides, and onto flood plains. We gobble up wild habitats as if they were free snacks at happy hour and then, should a black bear happen to wander by, call for a sharpshooter.

A somewhat similar situation is occurring now, in my town of Long Beach. We have what some people perceive to be a deer problem. Where deer sightings were once few and far between, they are now a daily occurrence. Deer wander our streets and graze in our gardens. As I write this, a doe and two fauns are crossing the driveway of a house across the road.

The deer population has found our town a congenial environment because we’ve succeeded in all but wiping out animals that might once have preyed upon them. Animals, that is, we considered threatening. This means that some folks now want to play the parts of the wolves and lynx and bobcats their ancestors so successfully eliminated. In September the local town council will decide on whether to go ahead with a proposed bow hunt.

This proposal is controversial. Many people are understandably appalled by the idea of wounded deer dying in their yards or limping down to the lake for a last gasp on the beach. Others see a problem that needs managing. For them deer, like the Hoosier Bear, are a nuisance and potential threat; one fellow has publicly suggested they might trample his grandkids.

Whatever is decided, you can count on this: we humans will have our way. We only look harmless.