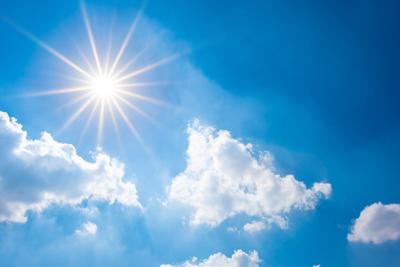 It used to be talking about the weather was a drag, a damning sign of social ineptitude, like wearing white socks with a blue suit. Nobody but farmers cared about an unseasonably warm spell. The rest of us just powered up our air conditioners.

Lately, though, wherever I go people are bringing up our latest run of history-making high temperatures. The cashier at Al’s, our local grocery, can’t help but mention how the summer keeps holding on. The arborist who said he’d trim one of our trees once Autumn settled in told me he was still waiting for things to cool down.

It’s October, but it could be late August or early September. I’m still wearing shorts. The lake is still (barely) swimmable. They are still selling late-season Michigan raspberries at our Saturday morning farmers’ market.

I think most of us have been enjoying what feels like a prolonged summer season. But, as Midwesterners, we can’t help but wonder if Nature’s taking it easy on us now will culminate in a suddenly harsh dose of polar(ized) reality. When it comes to predictions, NOAA, the National Oceanic, and Atmospheric Administration isn’t much help. Here’s their Regional Outlook through December 2021: “The precipitation outlook shows an equal chance of above-, below-, or near-normal precipitation amounts for southern, central, and western portions of the Midwest.”

Okay… NOAA guesses that temps will probably be somewhat higher than normal this winter and that there’s “an increased likelihood” of La Nina conditions in the coming months. That means more precipitation for us and, unfortunately, more dry weather for most of California, where drought is turning their fire season into a chronic condition.

The smoke from those fires, as well as fires in Canada and then in northern Minnesota, made the sky over Lake Michigan hazy for much of the summer. We joined our neighbors at the beach to watch the effects, which were unusually picturesque. Sometimes the smoke made the sun, hanging there above the horizon, look like a startlingly crimson lozenge. People pulled out their phones and took pictures. It was easy not to think about what was actually happening — that people out west were closing their windows and staying indoors, trying hard not to breathe that stuff.

It’s news like this that has many of us around here thinking our part of the country may have caught a break. That maybe we’ll be spared the worst effects of climate change. Golly: could the Midwest turn out to be cool after all? Scholars who study such things have already compared the early days of what appears to be climate migration away from the coasts with the Great Migration, during which African Americans abandoned the racist violence of the Jim Crow south for cities in the north and west. They think Third Coast destinations like Duluth, Milwaukee, and Grand Rapids, not to mention Chicago and Detroit, could be on a transformative cusp.

This is easy to imagine. Planning for it, on the other hand, is something else. Here in Long Beach, people are still wrangling over replacing their septic tanks with a sewer line. No wonder so many of us would rather talk about the weather.

David Hoppe’s memoir, Midcentury Boy is available through Amazon and other online retailers.