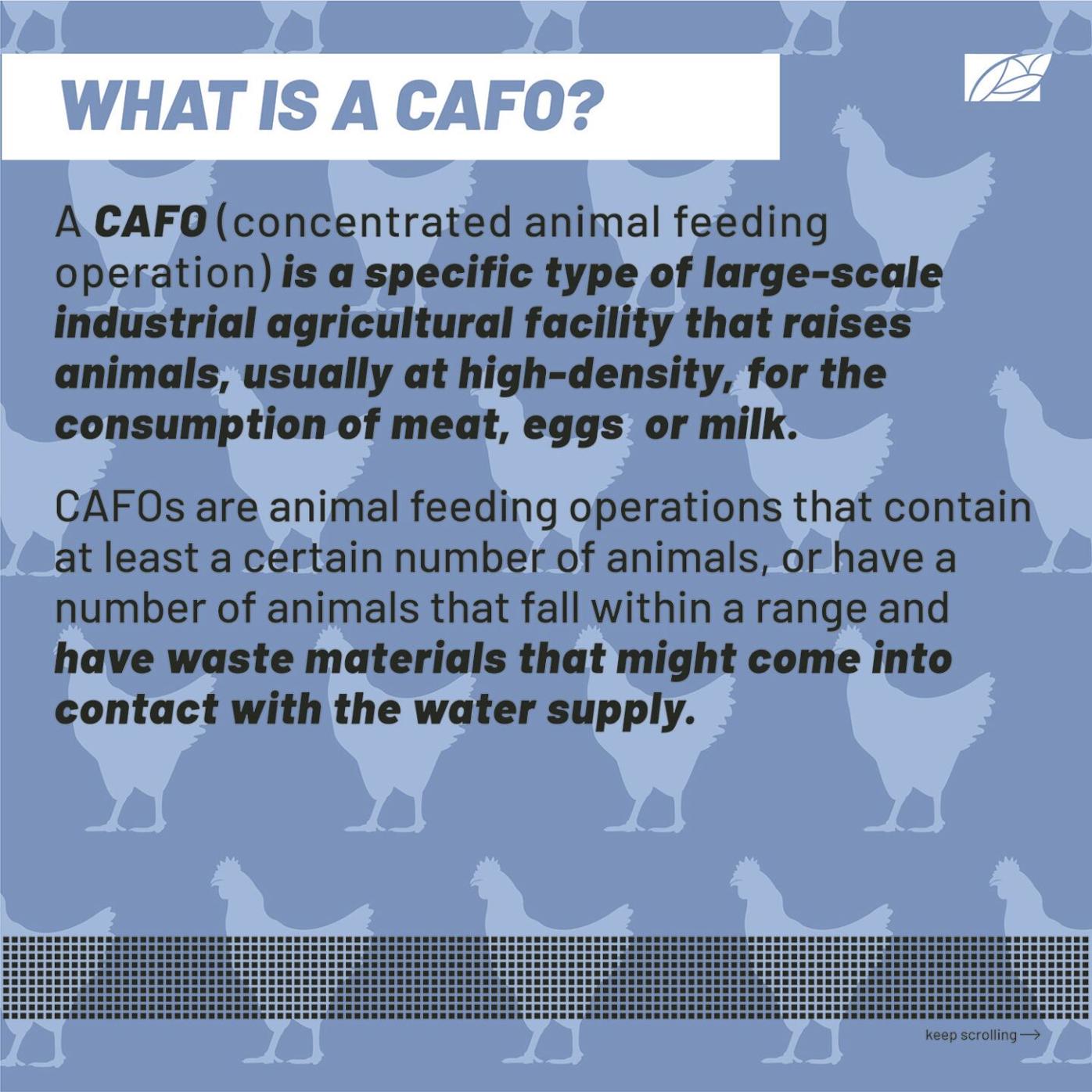 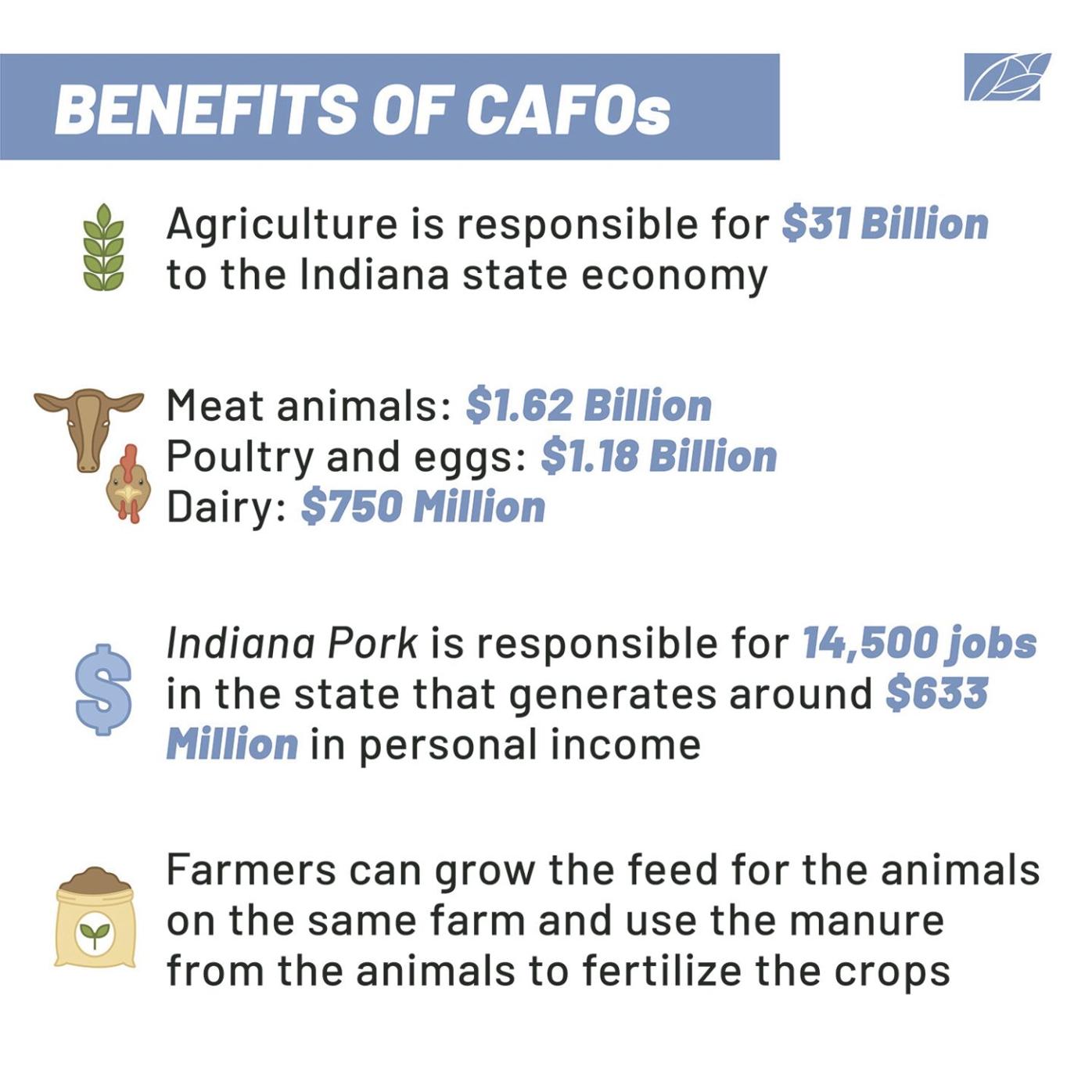 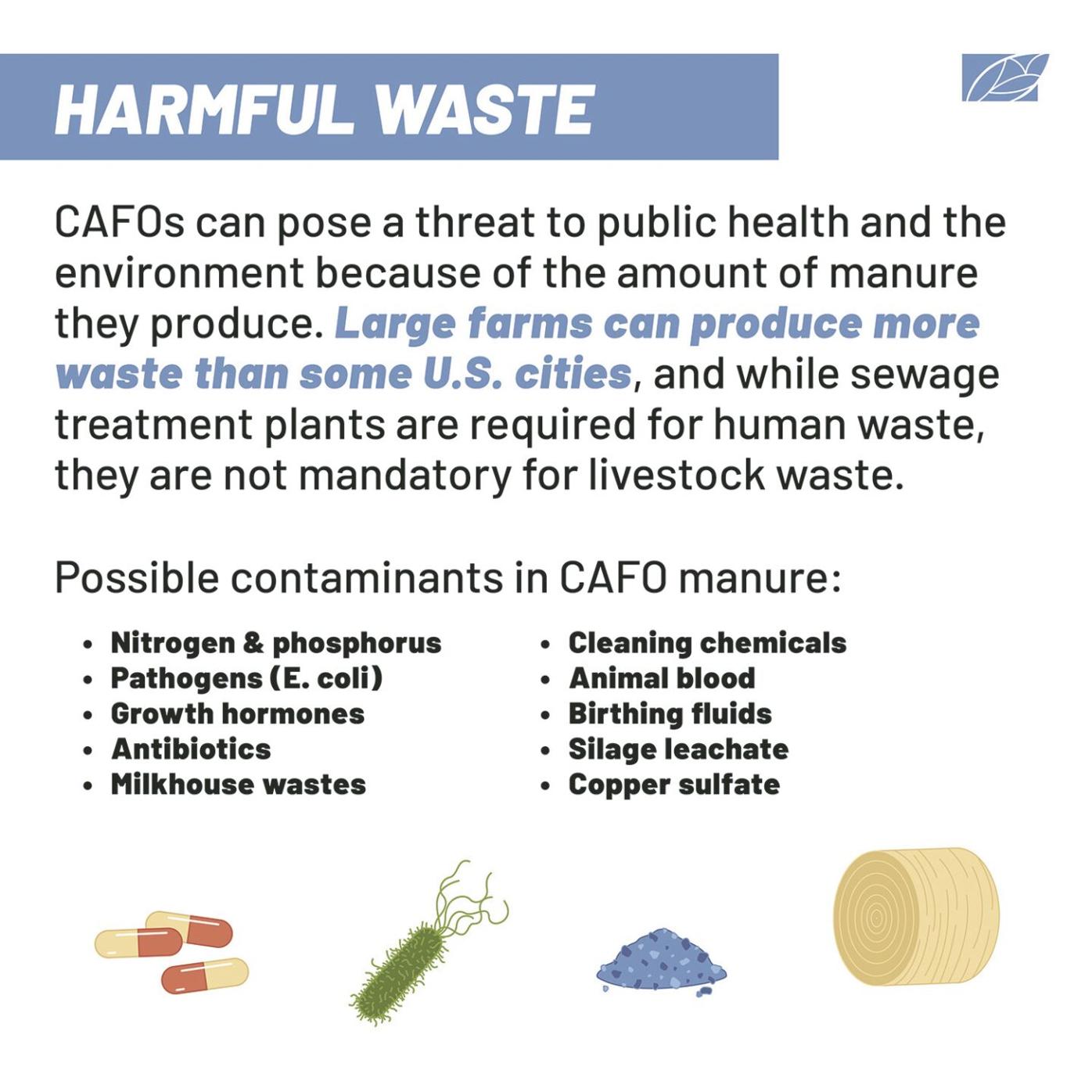 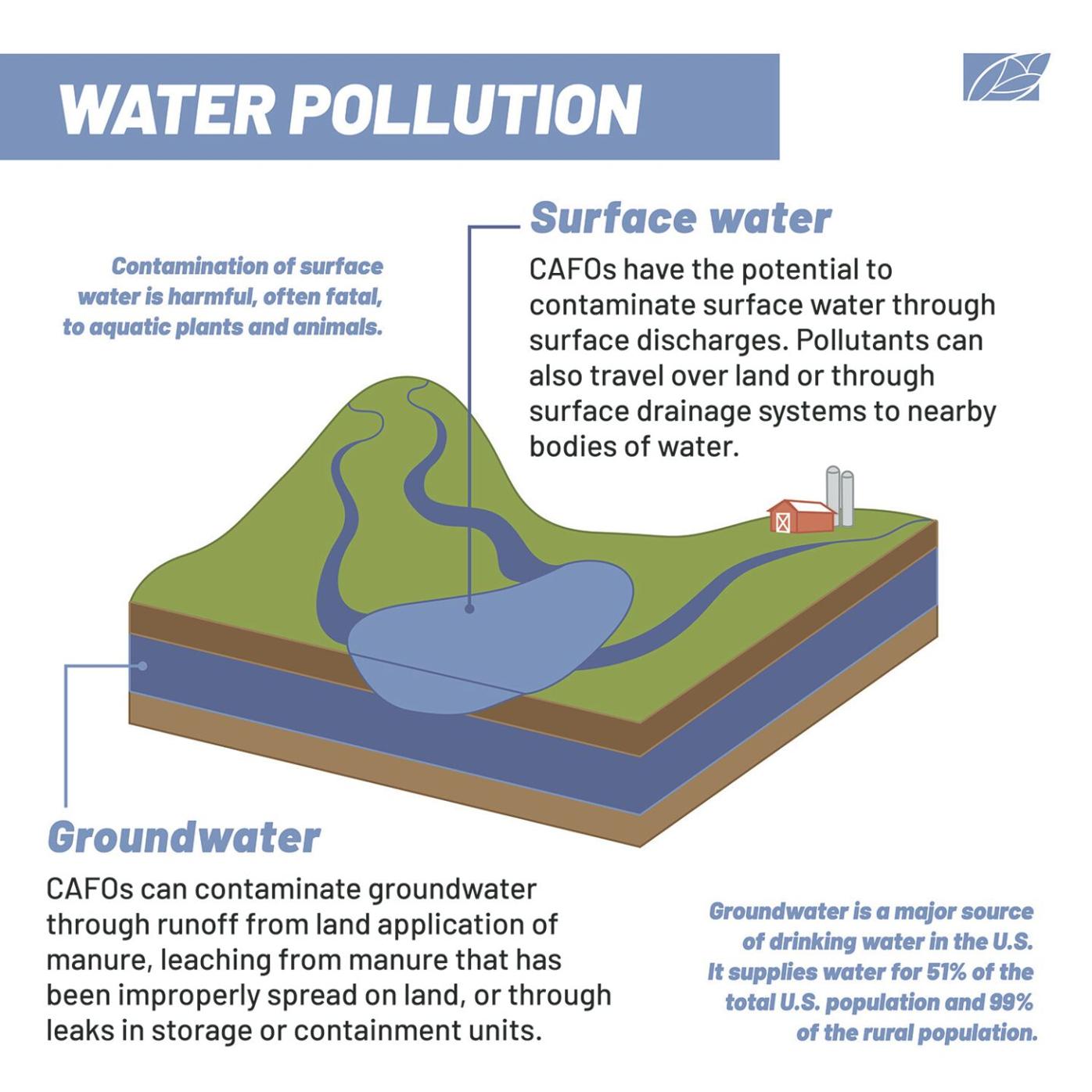 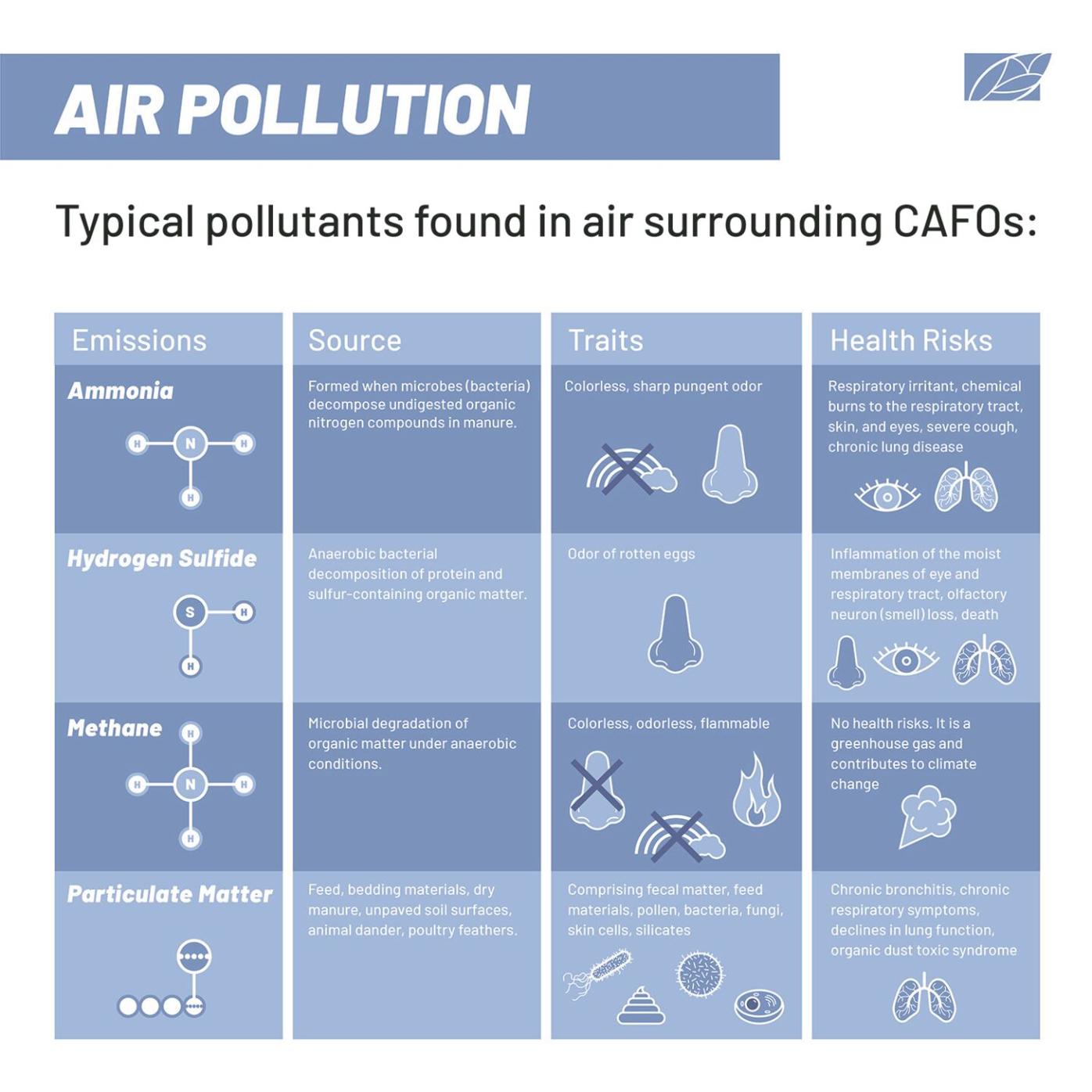 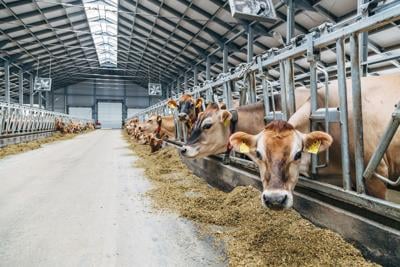 Environmental groups and residents of Lake Village, a community of about 800 people in northwest Indiana, are applauding a court ruling requiring the U.S. Army Corps of Engineers to review its approval of a confined animal feeding operation in the Kankakee River Basin.

Natural Prairie Dairy built a CAFO containing 4,350 cows and a 9-acre waste lagoon without an investigation by the Corps of Engineers into whether there were regulated wetlands or surface waters on the land. The site borders the Kankakee Sands, 7,000 acres of restored wetlands and prairie that are home to 87 rare, threatened, or endangered species.

"It's heartening to see a court decision that emphasizes the importance of following the rules. The Army Corps did not. Neither did Natural Prairie,” said resident Thomas Vanes. “I'm pleased that the dairy's act-first-and-ask-for-permission-later strategy will not prevail."

Judge Damon Leichty of the U.S. District Court for the Northern District of Indiana said the Corps of Engineers failed to investigate if there were regulated wetlands or surface waters on the land before approving the feeding operation.

The land is part of what was Grand Kankakee Marsh, once the largest inland wetland in the U.S. The wetlands started to be drained after the Civil War to create more farmland.

Texas-based Natural Prairie Dairy filled in drainage ditches on the property and installed a drain system to lower the site’s high water table. Two years after the CAFO was built, and after residents and the Hoosier Environmental Council raised concerns over possible destruction of wetlands, Natural Prairie contacted the Army Corps of Engineers to see if it needed a federal permit.

“Natural Prairie’s filling activities were so invasive that when the [Army Corps] inspector came to see the site . . . he was able to access only one small portion of a lateral ditch left unfilled,” Leichty said.

The Army Corps didn’t inspect the land or take any samples before the CAFO was built, but concluded it wasn’t a wetland and the ditches were not jurisdictional waters after it was built.

Leichty called the Army Corps determination “arbitrary and capricious” and a significant departure from the agency’s own technical guidance. He ordered the Army Corps to go back and do a proper assessment of the full impact of Natural Prairie’s ditch filling, grading and tiling activities.

“The district court’s 37-page opinion is a decisive legal victory for the protection of wetlands, which the court rightly acknowledged ‘are among the most productive ecosystems in the world, comparable to rain forests and coral reefs … not simply moist patches of earth,’” said HEC’s senior staff attorney Kim Ferraro, who litigated the case. “The Army Corps gave Natural Prairie a free pass for attempting to evade regulation by destroying sensitive wetland areas and tributaries of the Kankakee River and then asking for permission only when its activities were later discovered and brought to light by HEC. The court’s decision makes clear that such conduct is not okay, and that the Army Corps cannot just look the other way but must do its job.”

“This can be helpful going forward in directing the Army Corps to continue to take a hard look at farmland in the Midwest that, like this particular site was once wetland that had been drained. Much of Indiana used to be wetland and was drained for farming,” said Ferraro.

The decision on jurisdiction is part of a larger federal Clean Water Act case against Natural Prairie Dairy.

“The fact that wetlands were drained and farming ensued over the last decades doesn't mean that if the farming stopped, if they stopped grading and tilling, those wetlands wouldn't return,” Ferraro said. “The claim under the Clean Water Act, on what are called farmed wetlands, if that land then gets turned into some other new use — like here, a CAFO, or in many cases, residential development — those wetlands have to be protected.

“Oftentimes, we see the Corps and IDEM looking the other way and just assuming that because it's farmland, they don't have to protect the wetlands that are there. So you know, this provides legal precedent for protecting more wetlands going further in the farming Midwest.”

This suit began with a phone call from a concerned resident to HEC. The resident found out the local board of zoning appeals had quietly approved the development at the end of 2016.

“We found out about it in 2017 and started getting involved in earnest in 2018,” Ferraro said. “Once we got involved more community members found out and now, we work with a citizen group of roughly 200 people,” said Ferraro.

Vanes is a resident of Lake Village and a member of that group. He said he found out through word of mouth about the permit being issued.

“The notice requirements to nearby residents are not particularly stringent. The hard lesson: Pay attention to what your local government is doing,” he said.

A CAFO can generate more than 50 million gallons of waste a year.

“Putting this into perspective, this CAFO will produce as much raw sewage as that of a city with 715,000 people — that’s more than 50 times the amount of raw sewage produced by the human population of Newton County (14,000 people) where this CAFO is built,” said HEC.

The waste from CAFOs are stored in massive uncovered outdoor lagoons that are nearly three times the size of a football field. Many farmers use this waste as fertilizer, spreading it on their fields.

The property of the Natural Prairie CAFO borders many sensitive wetlands and tributaries of the Kankakee River. Run-off from the farm could pollute those areas with phosphorus, nitrogen and E.coli. Three wells near the CAFO could generate groundwater contamination if the lagoons overflowed or leaked or if there was a flooding event in the area.

CAFOs also pose a threat to air quality. Gases such as hydrogen sulfide, ammonia and bacterial endotoxins are released into the air as the manure decomposes. The health risks associated with these are dizziness, nausea and vomiting, difficulty breathing and chest pain.

Vanes also joined in the lawsuit against Natural Prairie Dairy. He said he and his family have given up visiting several recreational areas in the vicinity of the CAFO and can’t have the windows open at their home due to the smell.

“We moved here to find our own little peaceful, unspoiled corner of the world, and we'd like to keep it that way. I am involved in this matter as a citizen and as a nearby affected resident, but I'm a (criminal defense) lawyer by trade, so the prospect of involvement in litigation was less intimidating to me than it might have been to others,” he said.

It is unlikely the CAFO would be removed if Natural Prairie is found guilty of violating the Clean Water Act. Most likely, Natural Prairie would face a steep civil penalty that would be paid to the government and possibly wetland or stream mitigation in the watershed, but not on the site of the CAFO.

Ferraro said it is often difficult for communities who care about protecting their environment, wetlands and waterways to do so because of financial cost or because they are at a political disadvantage.

“It's incumbent for our regulatory agencies to really do their job and protect the public interest. And so often what we see is that industry has an outsized voice in in these decisions,” she said. “So every time we win one of these cases, I think it serves as a reminder to these agencies that it needs to do its job. It needs to protect the public interest because citizens are watching.”

Ferraro said the Clean Water Act case is still ongoing and most likely won’t have any public updates for another year.

Natural Prairie Dairy didn’t respond to the Indiana Environmental Reporter’s requests for an interview for this story.