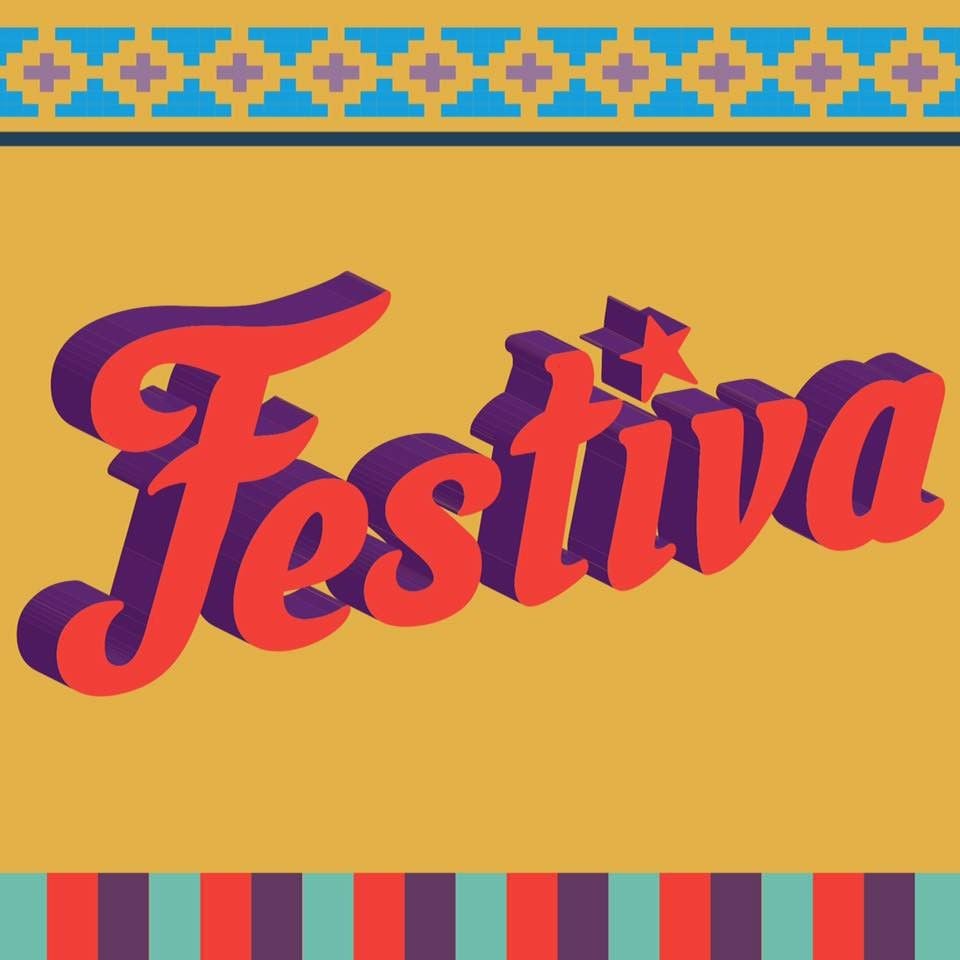 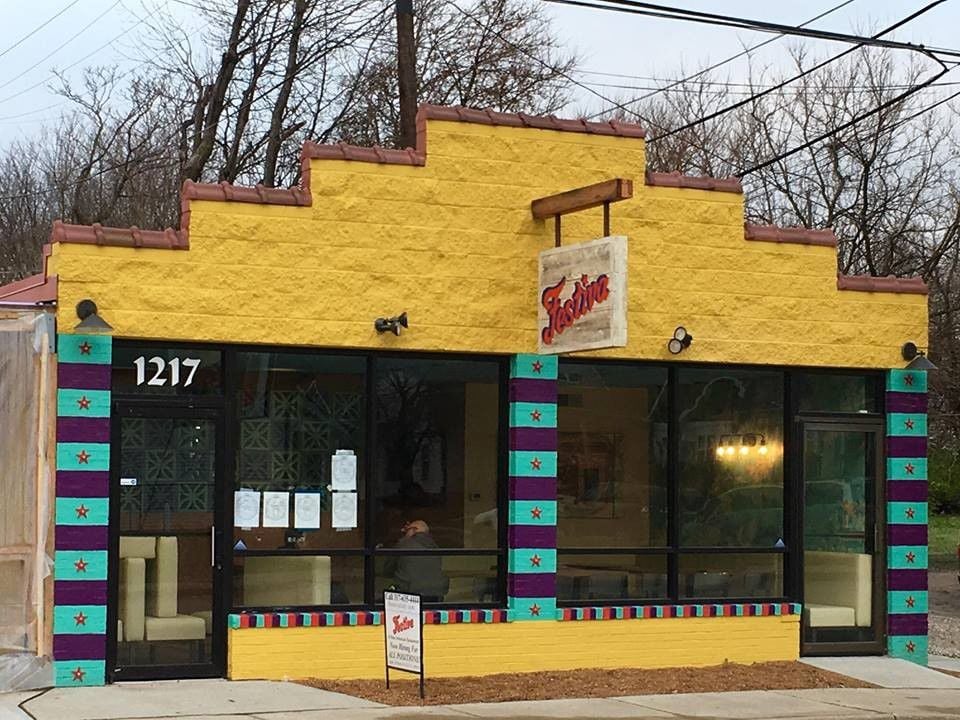 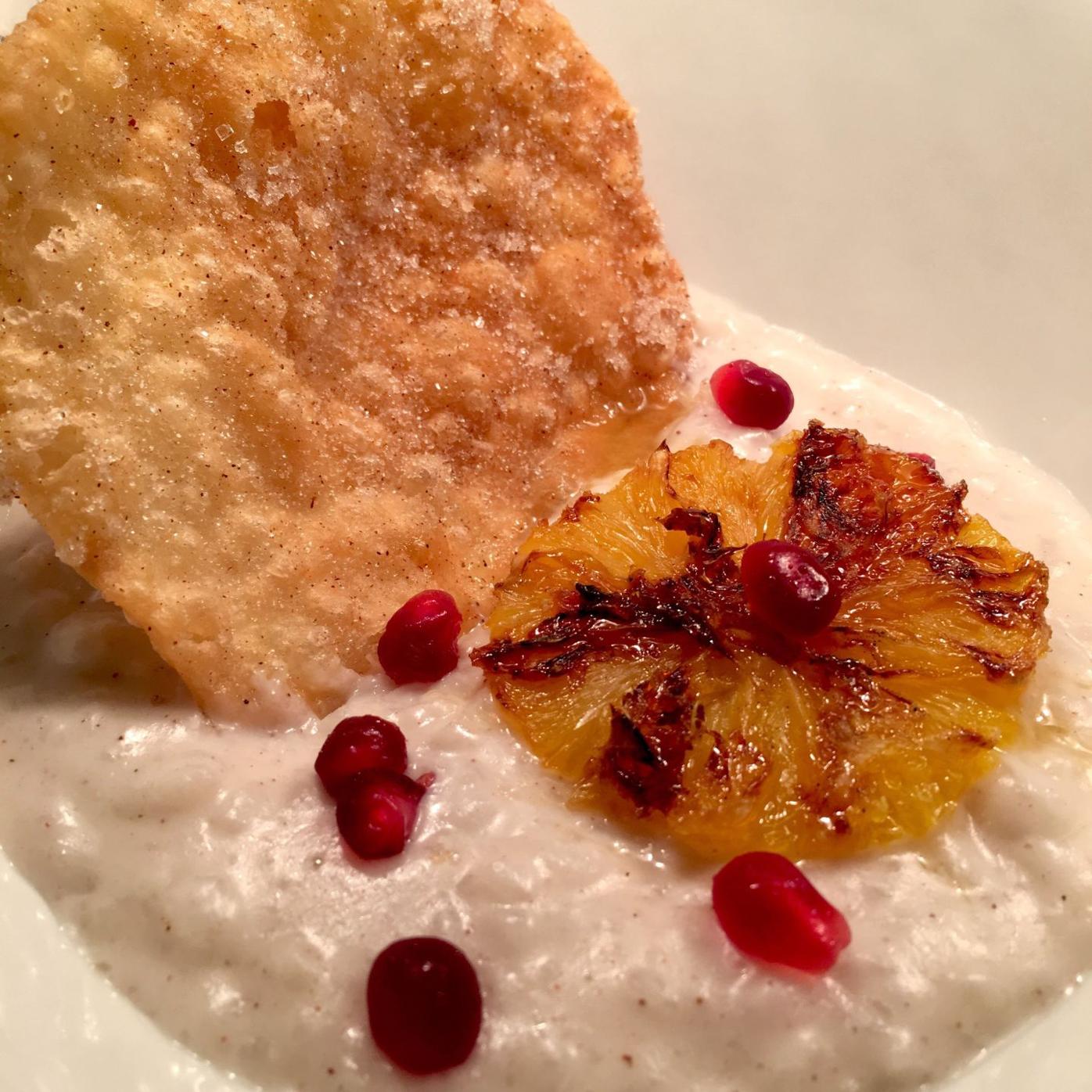 Need some sweet to go with the spicy, Festiva's arroz con leche with charred orange and a bunuelo. 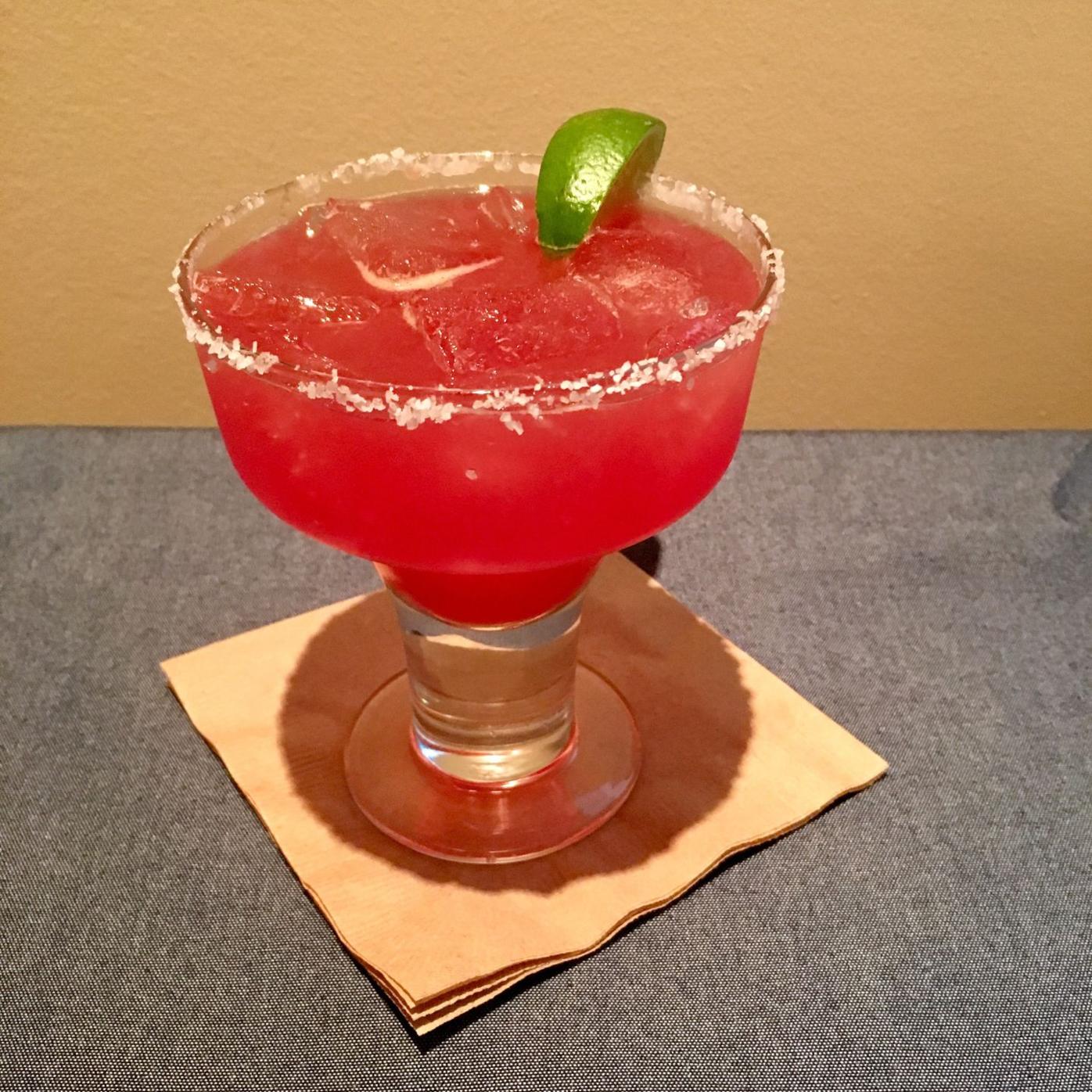 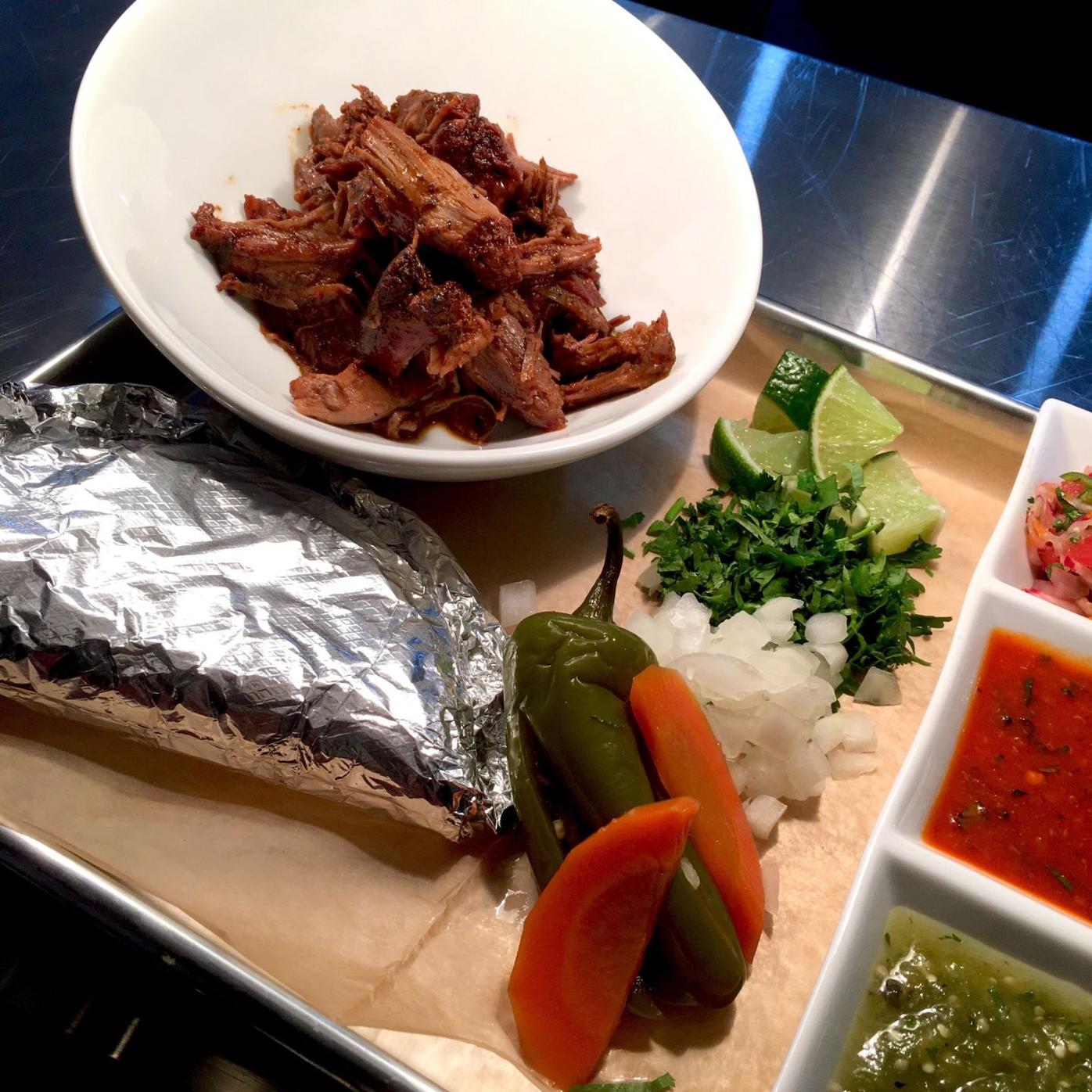 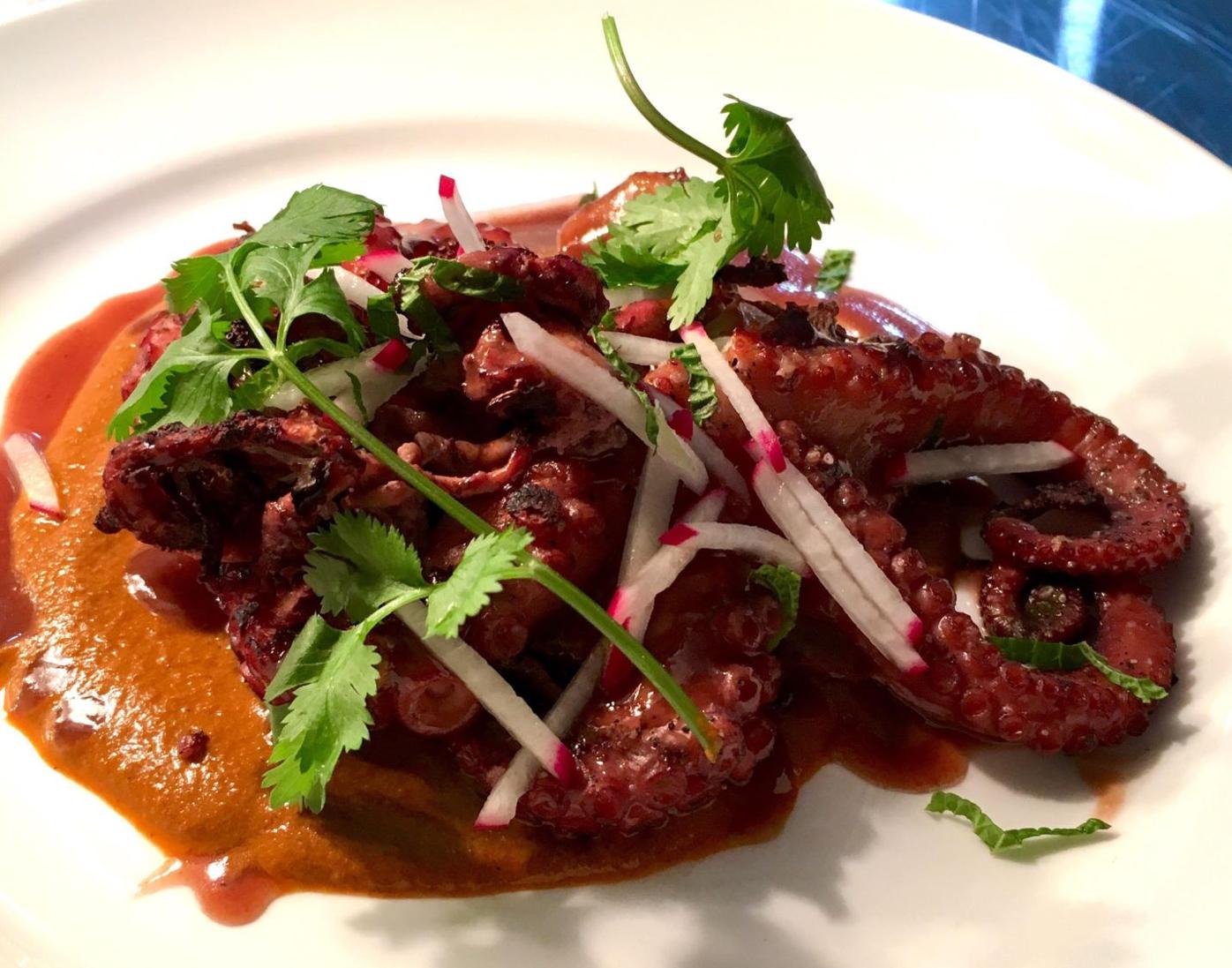 Need some sweet to go with the spicy, Festiva's arroz con leche with charred orange and a bunuelo.

“It’s time. We’ve come a long way, but we’ve got a long way to go. I thought we would be where we are now in 1988.” Restaurateur Peter George says this to his team and me while we’re all standing around the kitchen of their newest venture at 1217 E. 16th St., Festiva.

George and his business partner Tom Main are currently the owners of the popular date night spot Tinker Street and the soon-to-open Festiva, but neither of these restaurants are their first.

Main was one of the founders of the popular Puccini’s Smiling Teeth Pizza & Pasta. George has been a major part of Indy’s food industry since taking a leap in opening his first restaurant in Fountain Square in 1985, which he simply called Peter’s. To say he was ahead of the curve is an understatement. The chef-driven farm-to-table restaurant and its two sister restaurants closed down, and George left the Indianapolis restaurant scene for nearly a decade. I think the food would sell like wildfire today, but the city just wasn’t quite ready for it 30 years ago.

Much like George’s early adoption of the Fountain Square neighborhood and then being one of the first spots to populate the now-popular Old Northside with Tinker Street, George and Main see a huge potential for growth in Festiva’s neighborhood. And they’re still trying to stay ahead of the curve.

Main tells me that they came across the locale “really very early on, I think almost before we opened Tinker Street. We were driving up and down here and this was already a little restaurant. We liked the little building — we thought it was a little ahead of the curve — but we were reaching out to buy it with no success. It was a little home-cooking place and we couldn’t make any progress that way, and we basically forgot about it.”

During that time the team got to work on opening an Italian restaurant across the street from Tinker Street. But that new spot hit a few snags, mostly due to the state of the building in which it will be located.

Peter says, “The initial idea was to do the Italian second and then this third. But it wasn’t any clear path and the Italian restaurant proved to be a little bit tougher. I mean we’re ready to go with it, we just need a million dollars. Well, a million more.” He says this with a hearty laugh.

And as it happens, these setbacks on one project are pushing them to the forefront of an area that has a lot going on — keeping them ahead of the curve, just as they’ve always been. Main brings up just a few of the new additions coming to the area in the near future: “You know, while this was happening, the [former] Gleaners' [Food Bank] site was purchased; the financing went through so they’re moving dirt over there, and I think there’s going to be 135 different residences there. The Tinker House, which was going to be the Tinker Flats right on the Monon, finally got its legs. And so there’s lots of housing going in here in a very short time. Yeah, Hotel Tango is moving over here in the Tinker House.”

No worries for Hotel Tango lovers; they aren’t leaving Fletcher Place, they are just opening an event center that will include a larger production facility to keep up with demand.

Not only are these places coming in, but Cannon Ball Brewing Co. just opened steps away in Kennedy-King and West Fork Whiskey is making a move into the area, with a new restaurant and café moving into the same building.

Main and George have brought on a top-notch staff to run the Mexican joint in the up-and-coming neighborhood. Chef Rachel Hoover will take the helm after her time as sous chef at Tinker Street. “Since I was in eighth grade I’ve wanted to open my own restaurant; I’m 43 right now and so I’ve consistently maintained this goal,” she says with a laugh.

She started her career at another of George’s restaurants, Bistro 936. So when he reached out to her, he persuaded her to rejoin and to follow her dream. Hoover says, “He explained more about what him and Tom wanted to do, which was start and work with chefs and people who kind of wanted to open their own business. They wanted to pass their wisdom along to people with dreams. So I started then. My husband is from Puebla [Mexico], and so Mexican food has always been in my soul. Those flavors, I never get tired of them and the opportunity presented itself and I said, ‘Yes!’”

She plans on curating the menu with dishes stemming from her husband’s family. “We will start with Puebla’s flavors,” she says. “When I met my husband and spent a lot of time with his family, it opened the door to try all of that really authentic Mexican food. So I want to pay respects to them and start with that menu.

“I want to introduce Indiana to the family food. So I’ll have mole on the menu, which is one of the most famous things from Puebla and Mexico. Another famous thing which I just showed Mark the other is camotes, which are sweet potatoes and they make them into candy.

“Things that I’ve seen my mother-in-law do will be on there. I, being a chef as well, I’ll tweak some of them a little to make them my own. I am really excited about the sopes. The sopes have an almond mole on them and then it’s butternut and kale with like a tamarind salsa; that’s one that I’m really excited to present.”

Hoover and the rest of the team are excited for quite a few of the dishes, especially since Mexican cuisine is having a moment, with Mexico City constantly being added to lists of top world dining destinations. “At Black Market I made a pozole — like, a pig’s head pozole — which is a hominy soup. There were regular customers down there that were coming in just for that, and when they heard that I was opening my own Mexican restaurant they were like ‘Yay, [claps her hands] we get to have Rachel’s pozole again!’ Also the al pastor tacos. Currently I'm marinating the meat for our test run either tomorrow or the next day, and we're excited.

“There’s not a lot of things on the menu, but I’m hoping to graduate as we move along. You know, kind of push the bar and keep some traditional things and move it to the modern and work in the techniques with modern. And that food is really hot, Mexico is hot; Noma [the top ranked restaurant in the world] even has a pop-up shop there right now.”

While Tinker Street is known for its wine, Festiva has the opportunity to set itself apart in the neighborhood with its three-way alcohol license (beer, wine and liquor). The bar program is looking to match the quality of the food program with Jason Foust (from North End BBQ & Moonshine) as the Beverage Director. “It’s a full-service bar here,” George says. “So wine will be kind of a sidebar here. Of course, we’ll have sangria. But we’re really going to be focusing on [he pauses and then whispers] tequila,” before breaking into the melody of The Champs’ song of Pee-Wee Herman fame. “And beer. Margaritas, obviously.”

Anyone who has ever dined at Tinker Street should be reminded of the exceptional service, including George onsite to greet you and, if it’s chilly, offer a shawl. Oh, and you always start off with a little bubbly. The owners say that level of service will be seen at Festiva as well.

“It’s going to be a huge point of emphasis,” Mark Fodor, Festiva’s general manager tells me. “We want everyone in the neighborhood, and everyone that comes here, to want to be a regular. We want that sort of family-friendly environment and excellent, excellent service just like Tinker Street.”

George can’t help but add in with a laugh: “Even though we’ll be 21-and-over, so not exactly a family-friendly environment.

“I think our concept with shared gratuities provides a real solid platform for teamwork, and I think that’s what you see at Tinker Street. You see more than one face helping you.

“I was out at a place a few weeks ago and I was surrounded by a bunch of servers that weren't mine. I was trying to get my bill and my server was tied up with a seven-top and nobody would even acknowledge that I was in the restaurant for God's sake.

“At Tinker Street, and here, anybody can cash out anybody, it doesn’t matter.”After almost an hour of chatting we all stand up and take a look around the place. George shows off the new bar that is being worked on as we speak. Through two big garage doors on the east side of the building, it opens to a large outdoor area. “Outside will be a four-seasons room as well,” he says. Fodor adds, “There are 20 bar seats here. So I think that’s part of the game plan here is to attract a crowd there, with a lot more bar seating here. So we hope that’s going to be a draw.”

Peter George has been executing his dream since the '80s. Rachel Hoover has had a dream since she was in eighth grade. Festiva is a step in turning those dreams into reality.

At the end of a quick tour of the small building, George looks around the kitchen and says, “Hey, we’re getting there now.”

Festiva is set to open later this week, keep up-to-date with the restaurant here.