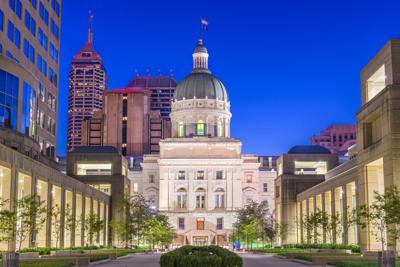 Earlier this month, the Indiana State Budget Agency released a projected budget surplus that has now sparked a debate among legislators about what to do with the extra money.

A report that was presented to the State Budget Committee predicted that tax collections were growing more quickly than was expected when the budget was approved in April.

Some Republican members of the General Assembly were pushing for tax cuts before the announcement of a projected $3.9 billion in cash reserves. Due to the reserves, this triggered the automatic taxpayer refund process, which only happens if Indiana has a 12.5% in reserves. This will now entitle all individual income tax filers to a $125 payment next year.

In a statement made to The Associated Press, House Ways and Means Committee Chairman Tim Brown said, “This revenue forecast, I think, supports our position. We look forward to how citizens that worked hard deserve a break.

Rep. Ed DeLaney, D-Indianapolis, a member of the House Ways and Means Committee, said, “Our current financial success raises the question of what we will do with our reserves. It’s time to make transformative investments toward lowering college tuition, building decent local roads, taking advantage of federal matching funds to build high-speed rail, investing in teacher training and compensation, and making serious efforts to create a statewide preschool program.”

Sen. Fady Qaddoura, D-Indianapolis, gave a statement about the budget in a press release: “Thanks to the American Rescue Plan and strong economic growth in our state, Indiana will have additional tax revenue available over the next two years. This is an unprecedented situation, and the legislature should respond accordingly by reopening the budget to address the needs of all Hoosiers.”

The Associated Press cited at least one Senate budget author who urged caution with the surplus in order to keep an eye on consumer spending. Fully half the state government’s revenue comes from sales tax.

The last time Hoosiers saw a surplus was in 2019, and surpluses have been a common occurrence the last few years.