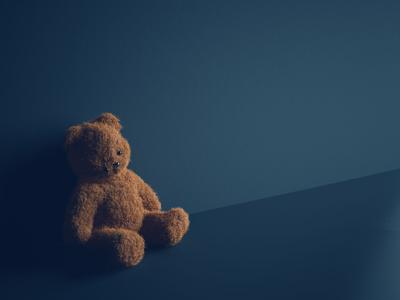 Indiana’s infant mortality rate decreased in 2019 to the lowest level in state recorded history, which state leaders take as evidence that efforts to improve rates and address issues of disparities are working.

“While we celebrate these results, our work is far from finished, and we won’t rest as we work to protect our youngest,” said Gov. Eric Holcomb last week when the results were released. Holcomb and State Health Commissioner Dr. Kristina Box announced the 2019 infant mortality rate at a virtual meeting of the Indiana Perinatal Quality Improvement Collaborative. The group includes more than 300 healthcare providers, stakeholders and partners who are committed to improving Indiana’s infant mortality and morbidity.Preliminary data released by the health department shows the statewide infant mortality rate fell from 6.8 per 1,000 live births in 2018 to 6.5 in 2019. The mortality rate among Black infants fell from 13.0 in 2018 to 11.0 in 2019.  A total of 527 Indiana babies died before their first birthdays in 2019, down from 559 in 2018 and 602 in 2017.“While we still have room to improve, Indiana is stepping up and investing in critical resources to keep moms and babies healthy before, during and after birth,” Rep. Cindy Kirchhofer, R-Beech Grove, said.This marks the third year of decline in the infant mortality rate and is the lowest level since 1900, when rates were first recorded in Indiana. Infant mortality is defined as the death of a baby before their first birthday and is one of the leading indicators of a nation’s health.“We’ve known all along that reducing Indiana’s infant mortality rate would take time and partnerships, and it’s gratifying to see that work pay off,” said Box.Holcomb made reducing Indiana’s infant mortality rate a priority and in 2018 charged the health department, in partnership with the Indiana Family and Social Services Administration and Department of Child Services, with helping Indiana achieve the lowest infant mortality rate in the Midwest by 2024. Data from other states for 2019 is not yet available.As part of his Next Level agenda, Holcomb signed House Enrolled Act 1007 into law in 2019 to create an obstetrician-gynecologist navigator program focused on an education and outreach effort. The initiative links expectant or new mothers to health, social and other services they need via a navigator who provides personalized support, resources and referrals through the first year of their babies’ lives. The Indiana General Assembly committed $6.6 million toward the program over two years.The program, which is transitioning to be known as My Healthy Baby, officially launched in January with a goal of serving 20 counties by the end of 2020, but the program expansion will exceed that goal this year. It is currently operating in Allen, Bartholomew, Blackford, Clark, Crawford, Delaware, Dubois, Grant, Henry, Jay, Lake, LaPorte, Madison, Marion, Martin, St. Joseph, Shelby, Randolph, and Wayne counties. Programs in Cass, Fulton and Miami counties are scheduled to be running by the end of October.Another 25 counties are expected to be added in 2021, with the ultimate goal of making the program available to all pregnant women who are insured by Medicaid by mid-2023. “The best way to reach Gov. Holcomb’s goal of having the lowest infant mortality rate in the Midwest is to focus our efforts on the communities that are disproportionately impacted and ensure that women have the tools they need to achieve a healthy pregnancy,” Box said. TheStatehouseFile.com is a news website powered by Franklin College journalism students.