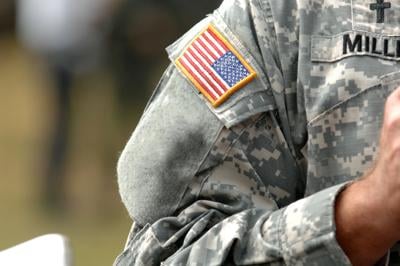 Brig. Gen. Dale Lyles, adjutant general of the Indiana National Guard, provided an update Wednesday to the Public Safety and Military Affairs Interim Study Committee on the service performed by guard members as the novel coronavirus spread across the country

Rep. Randall Frye, R-Greensburg, who chairs the committee, said lawmakers want to understand how state agencies performed through the emergency and “what could we do differently in case it happens again so we can learn from it.”

Since being deployed in April to assist FSSA, guard members have served more than 36 million meals to over four million individuals. More than 430 soldiers and airmen provided aid to 12 food banks throughout Indiana, and assisted with three mega-pantry events.

“I was really proud of this operation in particular,” Lyles said. “I did not have any idea how robust these operations were throughout Indiana and what value they have to our citizens.”

The guard also assisted in the COVID-19 testing around the state, including stationary, mobile and walk up testing sites, long-term care facility testing, and the Indiana University Fairbanks School of Public Health study. The Indiana National Guard worked with state contractor and healthcare company, OPTUM.

In all, nearly 1,400 guardsmen were deployed to aid Hoosiers through COVID-19 since early April. Lyles reported only 27 of those deployed tested positive for COVID-19 while on the frontlines of the pandemic assisting Hoosiers. That means 1.9% of guard members contracted the virus, rate is far lower than the 4.7%binfection rate Indiana experienced in the past week.

Four hundred of those guardsmen were deployed to work for the Indiana Department of Correction while regular employees were on sick leave and out of work for various reasons. The men and women served at the Pendleton Correctional Complex, Westville Correctional Facility and the Plainfield Commissary Warehouse.

The Indiana National Guard aided the state in trying to slow down the spread of COVID-19 by distributing personal protective equipment where needed. In helping stop the spread of the virus among civilians, guardsmen distributed personal protective equipment to all 92 counties in preparation for the primary election. In order to support the reopening of the Indiana Bureau of Motor Vehicles, they distributed sneeze guards to 131 locations throughout the state.