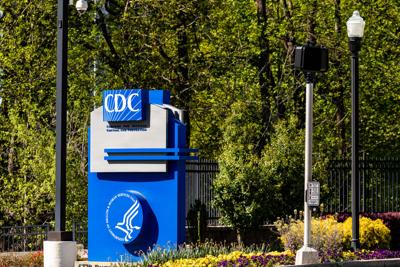 The federal Centers for Disease Control and Prevention has directed states to be ready to distribute COVID-19 vaccines to the public as early as November.

The directive came from a letter issued by the CDC Director Dr. Robert Redfield to all 50 states as well as five major cities in late August, published on the same day President Donald Trump said a vaccine would be ready by the end of 2020 in his speech at the Republican National Convention. The letter urges states to be ready to share one of two potential vaccines with high-risk members of the public this fall, such as those working in healthcare and the elderly.

Some are criticizing the letter as a move by the Trump administration to politicize the creation of the vaccine and rush it to the public ahead of Election Day at the expense of needed clinical trials and approval from the Food and Drug Administration.

The Indiana State Department of Health confirmed it has received the CDC’s letter and is awaiting more information to guide the release of a vaccine when it becomes available.

In Indiana, researchers at the Indiana University School of Medicine are now leading clinical trials to test a potential vaccine. Researchers plan to work with up to 1,500 volunteers to trial the vaccine, formally known as AZD1222. An estimated 30,000 volunteers will take part in the clinical trials nationwide.

The vaccine to be tested was first developed by Oxford University in January as the COVID-19 pandemic unfolded. It was licensed to a pharmaceutical company, AstraZeneca, in April.

The IU study is the only of its kind in the state to participate in Phase III clinical trials of the vaccine. That’s the final phase required before the FDA is able to approve the vaccine for widespread use.

The school is seeking volunteers for the clinical trials. Participants must be at least 18 years old with no history of a positive COVID-19 diagnosis.

The state also unveiled a new dashboard Thursday that shows the analysis of county-level infections. This data is presented in a color-coded map and is designed to offer specific recommendations to local schools reopening during the pandemic.