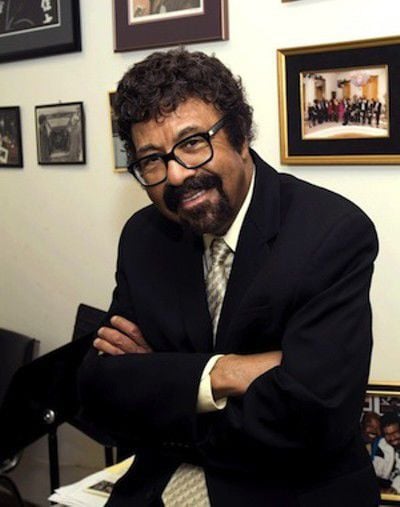 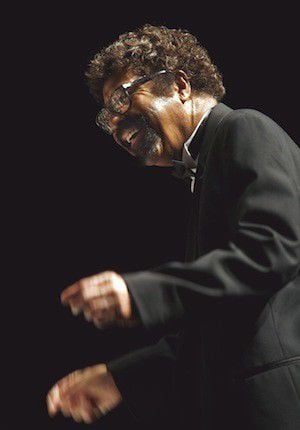 The internationally renowned Indy born and raised jazz legend David Baker passed away this weekend at the age of 84.

This week's edition of Cultural Manifesto is not a biography of Baker's life. It's also not a blow-by-blow account of his discography, or a treatise on Baker's academic resume.

Instead I'd like to offer some personal commentary on my own appreciation for the late maestro's work.

A quick glance at most of the David Baker obituaries that have appeared over the last few days might give the impression that Baker was a strict traditionalist tied to the formalism of the academic world he devoted the majority of his life's work to. Baker founded Indiana University's jazz studies program in 1966 and maintained his role as a professor at IU until his death this weekend on March 27. I'm not suggesting there's anything wrong with these conservative remembrances of Baker's life, however they do vary greatly from my own view of Baker as a genre-pushing music revolutionary who took Naptown jazz from Indiana Avenue to outer space.

Baker possessed a profound musical vocabulary. His playing and theorizing challenged jazz orthodoxy from numerous angles. He composed complex pieces in the Western classical idiom that redefined perceptions regarding the artistic value of jazz. But you could also find Baker playing on wildly improvised free jazz sessions that spit in the face of constricting traditionalist definitions of jazz. And all the while, Baker articulated his at-times controversial theory that jazz was essentially a Black art form.

David Baker grew up in the rich musical environment of Indiana Avenue. After graduating from Crispus Attucks High School in 1949 Baker made a name for himself as a gifted trombonist on the Naptown scene. Baker gigged locally with Indianapolis jazz greats including Wes Montgomery before picking up gigs with national acts like the Stan Kenton orchestra. But Baker's work really took off when he began working with the Cincinnati-born pianist, composer and music theorist George Russell in 1959. Russell's avant-garde harmonic theories, best outlined in his 1953 book Lydian Chromatic Concept of Tonal Organization, helped propel modal experimentation in jazz and influenced the creation of Miles Davis' landmark 1959 LP Kind of Blue.

Baker would record six important albums with Russell from 1960 to 1962. His first LP with Russell is my personal favorite of the lot, the fantastic 1960 Decca Records' release Jazz in the Space Age which features a series of experimental tone poems imagining the sounds of the cosmos.

Russell recorded several Baker compositions during this '60-'62 period and I think it's safe to say that Baker's work with Russell represents his most significant exposure as a jazz instrumentalist and composer.

Around this point Baker's life was interrupted by a potentially career ending setback. A jaw injury sustained during a car accident forced Baker to give up performing on the trombone. Instead of abandoning music altogether, Baker shifted his focus to teaching and began learning to express himself through a new instrument, cello. For me, this is one of the most astounding accomplishments of Baker's life: his ability to successfully reinvent himself as a musician in mid-career. In fact, Baker seemed to welcome the change. "What I lost in the trombone, I've found manifold in teaching and playing jazz on the cello" Baker said in a May, 1970 Ebony magazine profile.

Baker's first recording as a cellist marks what is perhaps my favorite album in his discography, Charles Tyler's Eastern Man Alone. The 1967 free jazz LP was recorded in Indianapolis for the legendary experimental music label ESP-Disk. Tyler was a supremely talented Indianapolis saxophonist who'd spent time in the band of the controversial jazz giant Albert Ayler. Tyler and Baker would record again in 1980 for the equally hard-hitting LP Folk and Mystery Stories. Both albums are highly recommended for a sampling of Baker's work as a jazz cellist.

Baker insisted that jazz be recognized as a distinctly Black art form. While that might not sound controversial today, this assertion challenged the dominant established narrative when Baker entered into the academic world. Racial bias from white authors elevated the contributions of musicians like Paul Whiteman and Benny Goodman above those of their pioneering Black counterparts.

And racism was an obstacle throughout Baker's life. According to David Williams' 2014 book Indianapolis Jazz, Baker was kicked out of Indy's Jordan Conservatory of Music in 1949 for dancing with a white girl at a Christmas party. Williams also notes that when Baker enrolled at IU in 1950 he couldn't live on campus and was refused basic services around downtown Bloomington.

For me, Baker's views on race and jazz are best encapsulated in this quote from Ebony magazine's May 1970 profile of Baker. (It's interesting to note that the essence of Baker's statement here could still be applied to contemporary conversations on white appropriation of hip-hop culture.)

"Jazz is a Black music," Baker remarked. "Its content mirrors the Black experience. Many whites like the music and make money from it but they don't want to share or acknowledge the experience form which it emanates. This is exploitation. We make the music. They imitate it and make the money. Because we are so regularly imitated and exploited, we are forced to invent new vocabularies in order to keep our language of music vital, authentic and safe within the vault of Black culture."

Beyond his work as a musician and theorist, I think it's also worth taking a moment here to note Baker's academic appearance. Photos from the 1970s show Professor Baker on campus sporting stylish dashikis and a massive afro. While Baker's choice of attire was certainly a reflection of period Black fashion trends, it also reflected Baker's desire to challenge the enforced dominance of white European standards.

While I do appreciate all the obituaries celebrating Baker as a grandfatherly academic, I wanted to offer a contrasting perspective on his legacy. While Baker's classic early recordings with musicians like George Russell may not sound revolutionary to contemporary young audiences, in their time these discs hit with the same artistic urgency and freshness one would associate with the latest Flying Lotus release today. And it's my opinion that Baker's work is best appreciated when viewed from this perspective.

Becker will play an intimate gig at the Jazz Kitchen with a line-up of Indianapolis jazz all-stars.