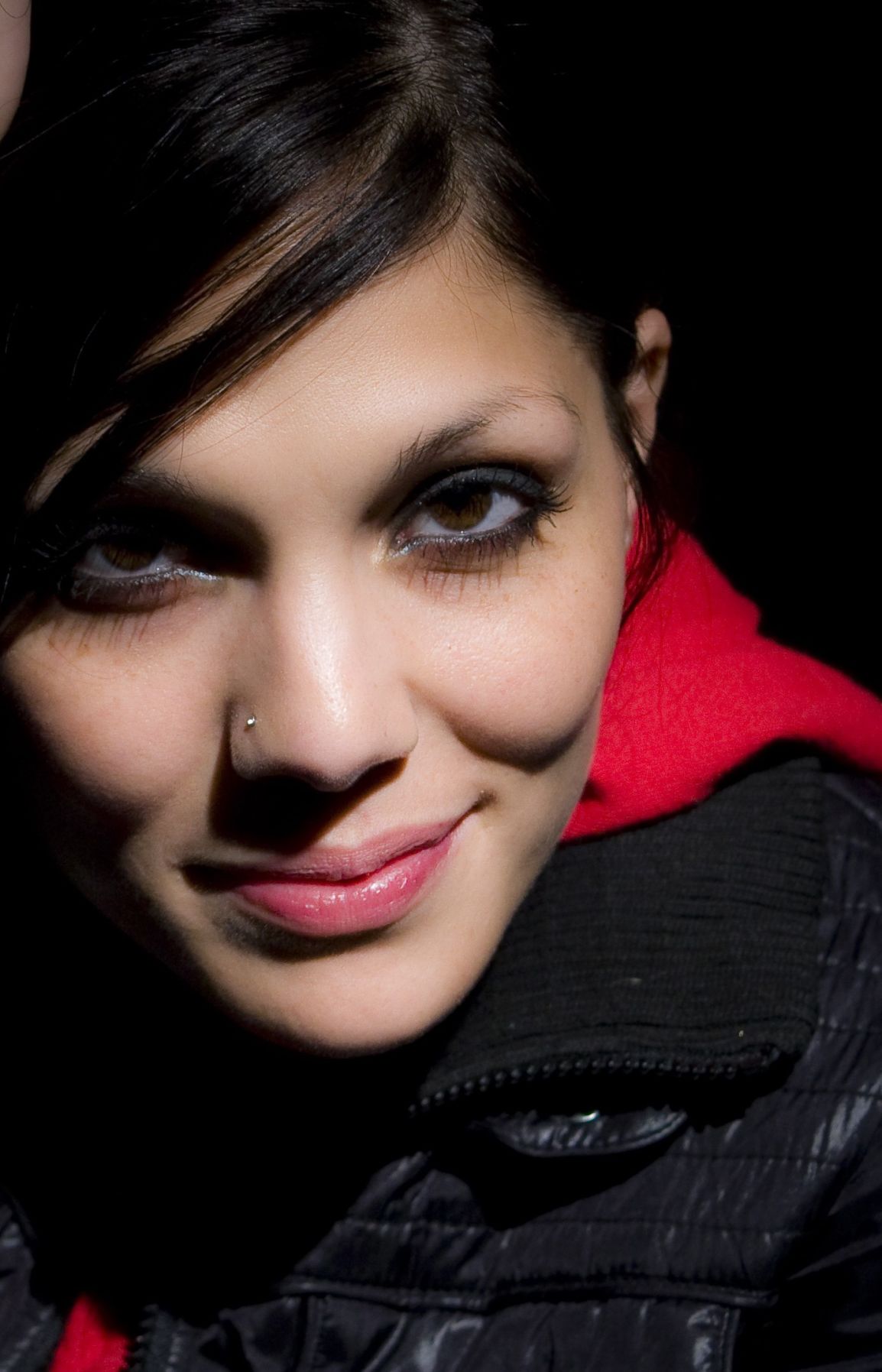 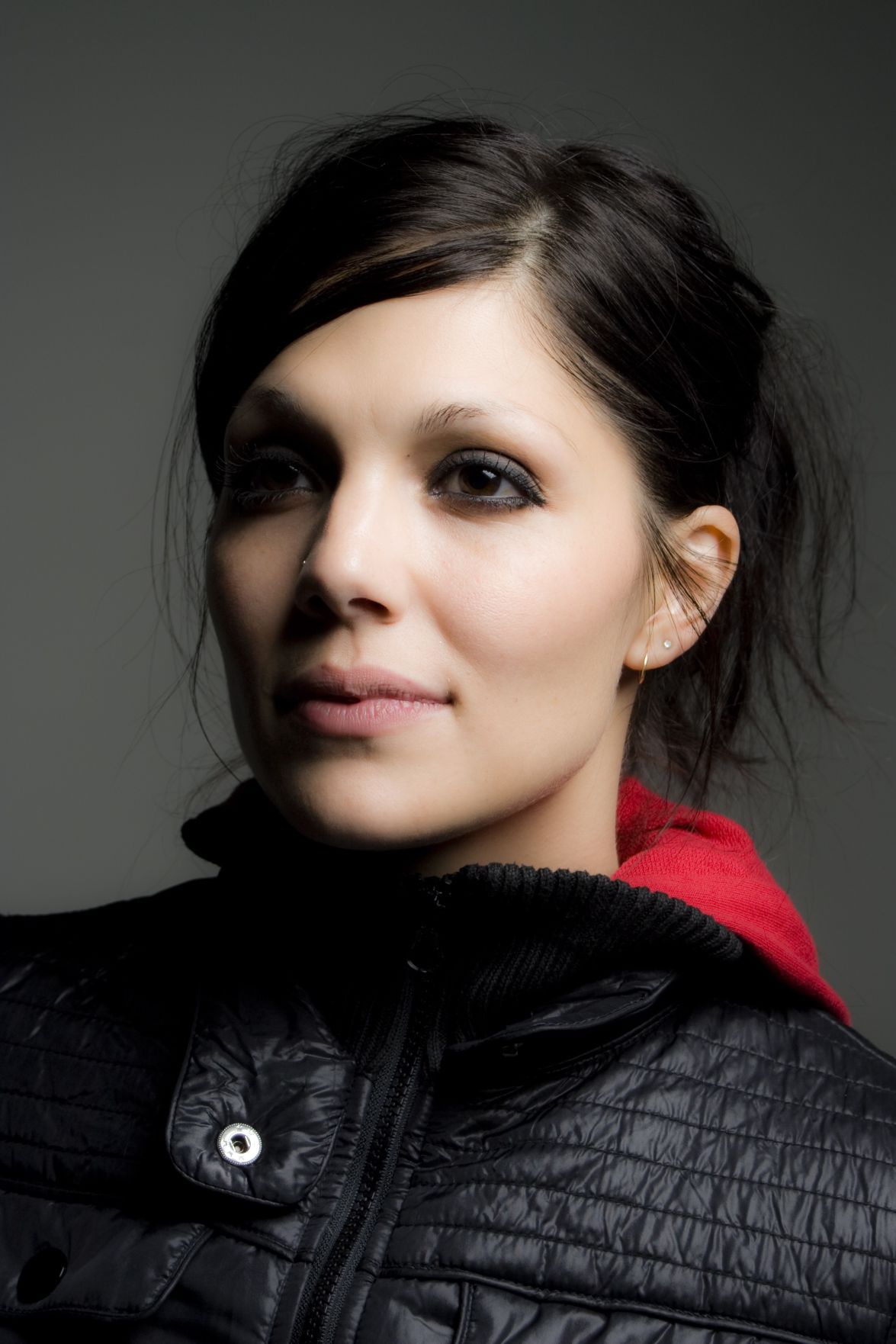 It was mid-summer 2008, and Aimee Allen, a Los Angeles based singer-songwriter with her share of both outrageously good fortune and ongoing hard luck, was working on a new album, which would be her debut full-length as a solo artist. It was hardly her first time in the studio, though.

The Montana-born Allen was signed in 2002 by Elektra Records after being discovered by producer and American Idol judge Randy Jackson, and had just enough time to put together the album I'd Start A Revolution If I Could Get Up In The Morning before the label went belly-up. A single from the record - "Revolution" - made it to the airwaves, but the album has never been released commercially. Allen kept herself busy in the meantime, recording an album with her once-boyfriend, Scott Russo of Unwritten Law, and contributing lead vocals to the Hairspray soundtrack (on "Cooties") and backup vocals to dub legend Lee "Scratch" Perry's Grammy-nominated album Repentance.

So if the singer had gone through a rough patch while struggling with her major label overlords, she was getting back to work on her own pieces when, in June 2008, she left a recording studio in downtown Los Angeles. Allen will take it from here.

"I got violently assaulted and nearly beaten to death," she says, speaking in December while still recovering emotionally and physically from the incident outside the recording studio. "They broke my jaw and severe blunt force trauma just really fucked me up."

So she headed to somewhere she thought would be safer: "Once I could move my jaw, I thought I should probably hang out in Indiana and heal."

She ended up in Carmel, where she talked to me on a December afternoon at Muldoon's Restaurant about how her life, music and level of political activity have changed after the attack. Neither Muldoon's nor Carmel was randomly chosen. Allen had connections that made it a natural choice to recuperate in Carmel, and one of them - Beth Hohlier - also spoke with me that afternoon at Muldoon's. Hohlier is a co-owner of Muldoon's (with business partner Deborah Wineberg), longtime friend of Allen's and co-owner of Side Tracked Records (also with Wineberg), a start-up rock label that released the album recorded by Russo and Allen, Sitting in a Tree.

Allen came out to play at a showcase for Carmel's Rock the District festival July 19, and then decided to stay for a while, taking time to recover and push her music in a new and mellower direction.

Allen says that Carmel is a "really good place" to recuperate where "there's not a lot going on." And she's found Hohlier and her friends to be a nurturing force: "They say it takes a village. But the people here at Muldoon's are like family - they're all like mothers." Allen says she was diagnosed with Post-Traumatic Stress Disorder following the attack, and she carries herself like someone still recovering from a major trauma, with a nervousness and self-deprecation that are inconsistent (according to Hohlier) with someone who pursued a music career at a young age and has been an outspoken political activist. Allen carries a card that allows her to take a companion animal for her PTSD into spaces where animals are only allowed for medical reasons.

At the same time, Allen's edginess might be attributed to more immediate factors than her injuries in June. When I met her in December, she said she was up the entire night before recording a new album, and that she had crashed her bicycle and sustained minor injuries the day before.

If Allen hasn't been playing out every weekend before Indianapolis audiences, she's found the time (and post-attack courage) to perform at Muldoon's and The Rathskeller. This Tuesday at Birdy's, she'll be performing material for her upcoming album, Pacific Standard Time, as well as taping a music video. Allen is also headed to South by Southwest for a showcase, with plans to do shows in April and May at the Roxy in Los Angeles.

Allen began recording tracks for Pacific Standard Time this fall at Azmyth Studios with engineer Ryan Adkins and a backing band of guitarist Phillip Powers, keyboardist Michael Read and singer Zanna DiBartolo (all from Zanna Doo) as well as drummer Leon Kittrell (hip-O) and keyboardist Michael Read. The album is now completed and due for release in May (given that the final mix is prepared in time).

She says it's moving in a different direction for her, even "groundbreaking," but she's also careful not to share too much, even with a reporter outside of the L.A. music circles in which she usually runs. "I don't like to speak too specifically about it because every time I talk about things that I do before I put them out, people steal my ideas. It's a Southern California kind of feel that I'm doing in Indiana in the middle of the winter. It's organic and kind of raw; not plugged-in."

The West Coast sound of the album is closer to Joni Mitchell than the Beach Boys, based on a couple rough tracks that can be heard on Allen's MySpace page. For a singer who was rarely without an electric guitar - and was still forging a modern-rock sound that bore resemblance to Fiona Apple or Alanis Morissette as recently as last year's Scott and Aimee record - this album is indeed quite a departure; it's sparse and lightly orchestrated, with lightly plunked melodies on guitar and piano that float above Allen's soft and weary voice.

Hohlier compares the sound of the album to Jack Johnson or Ani DiFranco. DiFranco is an interesting case in point for another reason: While DiFranco lines up somewhere on the left and performed at last year's Democratic National Convention, Allen considers herself a paleo-Libertarian and composed a theme song for the Ron Paul movement.

"I felt like I had to do something, and I didn't know what to do, so I wrote a song. When I met Ron Paul he said, 'You've done more for the revolution in a short period than years of me giving speeches. Bob Marley created political change through music. Music is very powerful; never forget that.' I thought - shit! - that's awesome. I was just frustrated with the overall trend to have the government take care of us from cradle to grave, the overall trend of us losing our civil liberties, and I had no choice in it to just write a song."

At the same time, Allen backed off from responsibilities associated with her political activism following the attack. While she did perform "The Ron Paul Song" at a Sept. 2 rally for Paul in Minneapolis, she no longer hosts or appears on radio talk shows. She noted in a blog entry written shortly after the attack that she wouldn't be able to argue against the case that global warming is man-made on a local radio show because she was still recovering.

Allen says that, at this point in her life, she wants to make music that heals instead of divides.

"Someone hit me with a tire iron; my face isn't fully recovered yet, nor is my brain. When something like that happens, it really changes your perspective on music and all things. Before that happened, I think I was a lot more angry than I am usually. This is the first record that I'm not going to say fucking ... Sometimes you just need a good ass-kicking to understand the true meaning of life - and Christmas [laughs]."

To paraphrase Hohlier, it's about time that someone jumpstarted the music scene in Carmel. And even if Hohlier doesn't have any locals on her Side Tracked label, she's brought live music to her restaurant Muldoon's during the annual Rock the District festival, and is generally putting the city on the radar of bands and tastemakers that wouldn't ordinarily give a thought to Indiana.

Hohlier was first introduced to the music business through Wineberg, whose father was a vice president at MGM and sister worked at Paramount. Hohlier would head out on vacations to Los Angeles with Wineberg, which is where she met Allen through friends.

When I spoke with Hohlier, she had the kind of caffeinated energy and tendency to name drop that you'd associate with an aspiring Hollywood producer. Appropriately enough, she and Wineberg are also invested in a movie project, a mockumentary (or mock TV news show) about a tow-truck driving assassin. (And note that in the early part of this decade, Allen took small roles in The Bold and the Beautiful, MTV's Undressed and National Lampoon's Repli-Kate.)

Hohlier admired Allen's still-unreleased debut record. "I was a fan at that point in time. The record is a little dated now, but it's the first time I heard a female singer with a rapper. Now that's a little pat. But she did a Bubba Sparxx song - it was very revolutionary and unique."

Because Allen was still under contract as a solo artist to Elektra Records until recently, Hohlier pushed Allen to work with Russo on the Scott and Aimee record, which was released last year on Side Tracked.

"Unfortunately they were dating, so when they broke up, that gig kind of stopped," Hohlier says. "They had a great following - they were house band at the Viper Room. People were beating at their door to play shows. This guy has a big following anyway in California for Unwritten Law."

So Allen's record will be the first to get widespread distribution, contracted through Adrenaline/Warner Brothers. And there are several more on the way: one by British cellist/vocalist Alex Eden (who Hohlier compares to Sarah McLachlan) and another by New Jersey psych-rock band Tunnels to Holland.

Hohlier says that Side Tracked is more a passion project than a business venture. "With all the networking I did with Scott and Aimee, people just started coming to me. Things are so scary in the music industry right now - all the big labels are going out - that people are looking for small labels."