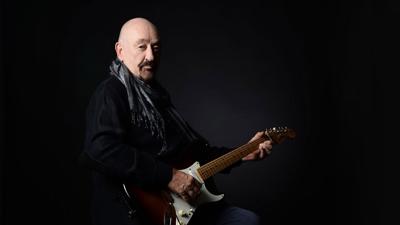 Are you Feelin' Alright?

Have you ever seen a Rock and Roll Hall of Fame musician live in concert? Well, now is your chance. Dave Mason is coming to Indiana. Thursday, March 5, he will be playing at the Old National Centre. Several of the stops on their tour are completely sold out, so you won't want to miss your chance to see them play.

For Dave, his drive for creating music has been lifelong. By 15 years old, he had already founded two bands. When it comes to what he enjoys the most about music, Dave says it's all about making good music. "My songs have lasted a long time, and I have always tried to put on great shows across the US, that is why I am still doing it, why I can still do it." Dave has been featured on projects with musicians such as Jimi Hendrix, The Rolling Stones, Paul McCartney, Stevie Wonder, and Fleetwood Mac. In his solo career, he has released over 100 songs, has three gold albums, and one platinum album.

For the 2020 Feelin' Alright Tour, Dave will be traveling with Johnne Sambataro on guitar & vocals, Alvino Bennett on drums and Anthony Patler on bass, keyboards & vocals. Johnne has been working with Dave for nearly forty years, Vino has been with him for 16, and Tony joined between 10 and 12 years ago.

The band will be playing hits from throughout the span of Dave's musical career. Songs like Only You Know And I Know, We Just Disagree, Every Woman, All Along The Watchtower, Rock N Roll Stew, and Feelin' Alright.

Dave will also be re-recording the song Only You And I Know with the band, Tesla. Tesla will be here in Indianapolis in April if you want to check them out!

When he isn't touring, Dave tries to enjoy his downtime, but he always manages to stay busy. Either recording music in his home studio, working on projects or filling his time with other things he is passionate about. Dave co-founded the nonprofit Rock Our Vets and spends any free time from music supporting philanthropic efforts in relation to Rock Our Vets. Their organization is dedicated to doing anything they can to help veterans and their families. They have done everything from open their homes to house veterans, assisting veterans with emergency financial support, providing funding to mental health support for veterans, and providing wheelchairs, laptops, jackets, and food. They are 100% volunteer-run.