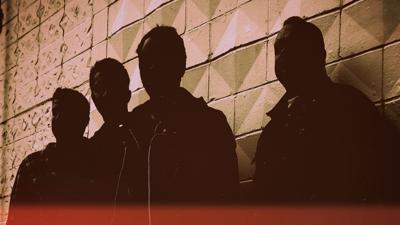 For Indy rock band Bullet Points, 2020 was a year full of ups and downs.

On the one hand, the alt-rock group finished as one of eight finalists in the giant, multi-round Battle of the Bands competition, which held its finale on Feb. 15, 2020, at the Vogue. On the other hand, Bullet Points had a slew of shows canceled due to the coronavirus, just as they were planning to release their latest album, Paso Doble.

“There was a lot going on at the time of the Battle of the Bands for us,” says Bullet Points bassist David Barajas. “We had a decent amount of shows scheduled centered around releasing the album in the summer. Battle of the Bands was in the middle of February. But then four weeks later, everything was canceled. We had a record in production at the time as well, and the record plant had to shut down. So everything got put on pause.”

After several months away from the stage, Bullet Points will make their triumphant return on Friday, June 11, at Black Circle, headlining a stacked bill that also features Fucked Out Brains and Pilots. Fans can expect to hear selections from the band’s latest album, Paso Doble, which follows their 2016 debut EP Business Card.

Like many bands, Bullet Points found a way to stay relevant amidst the pandemic, despite a lack of live concert opportunities. In particular, frontman David Hazel (formerly of Extra Blue Kind) got into video production, producing visuals for Bullet Points songs “Erase Me,” “Just Like You,” and “Still Life.”

“We decided if we couldn’t play shows, then we might as well do something, so I got some equipment and started learning how to make videos,” Hazel says. “We put a couple videos together, and just did that instead of the shows until we could start playing again, which is right now.”

While the band remained steady in churning out videos, Hazel says he personally had a hard time writing new songs amidst the pandemic.

“I’m just looking forward to things getting back together because I feel like it’ll be another good time to get the juices flowing,” Hazel says. “When I’m in survival mode, I’m not able to put that kind of energy towards creativity. It wasn’t very inspiring for that. Maybe as we look back, it’ll be more interesting.”

Although the band as a whole didn’t find the pandemic to be a conducive time for songwriting, its members were able to stay busy with individual projects of their own, explains Barajas.

“In addition to my other band (Stealing Volume) finishing up our album, David recorded the latest Wife Patrol album, Too Prickly for This World, in his basement, and our drummer's other band (Coolidge) just released an album called Condition Transmission,” Barajas says.

Ultimately, Bullet Points are simply ready to get back to some normalcy again.

“I think once we’re all back to some sort of routine with our daily lives, there will be this urgency to get away from that again,” Barajas says.

“It’s that whole, ‘If you want something to get done, give it to a busy person,’” Hazel adds. “We’re also old — we have day jobs, families, and all of that to work around. It’s been a fun thing for us to get together and play, rather than when we were younger, driven, and trying to get on a label, the radio, or whatever.”