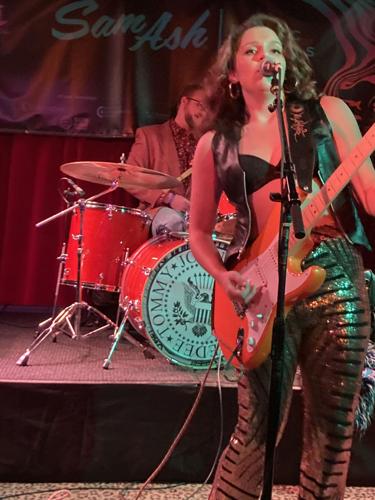 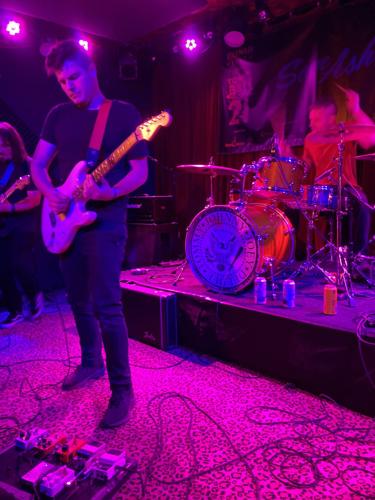 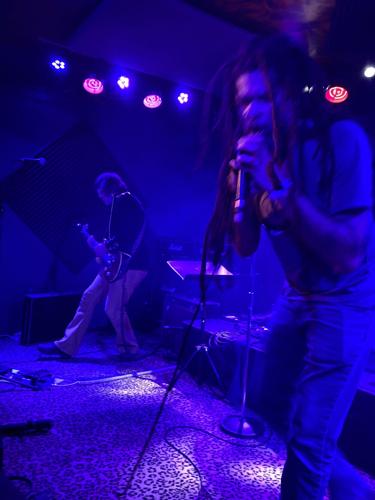 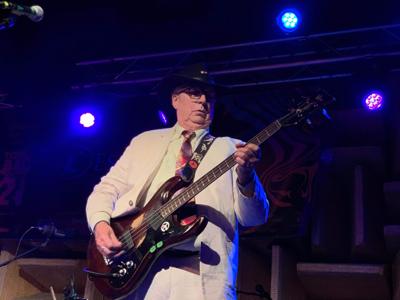 Twenty-one years ago, when Fountain Square didn’t care, a group of music-loving bleeding hearts puts on a show at Radio Radio that had a few bands covering Elvis Costello songs and raised almost five thousand bucks to help the fine folks at Second Helping feed those who would otherwise go hungry during the holidays. Now, twenty-one years later, this thing has turned into a five-stage monster where people spend more time in line than they do in the actual clubs. If you were lucky enough to be inside a club, it was so packed and noisy that you were hard-pressed to know what was going on. Still, over $120,000 was raised, and there were some pretty fantabulous performances; even the people in line were smiling all up and down.

I tried as much as possible to move throughout the event, but it became harder and harder as the night progressed. The White Rabbit was the hardest. You get into the door, and it is an impenetrable wall of people. NO chance of getting close, but from the back of the room, Dysfunktion Brass Band and The Ombudsmen did Aretha proudly. Maciann and the Pork N’ Beans Brass Band tore it up at the Outkast stage at Square Cat Vinyl. Coolidge, Shadeland and Lani and the Tramps did Hendrix proud at Radio Radio. The Hifi had the Taylor Swift Stage where Phyllis, Brother O Brother, and Public Universal Friend offered different takes on TayTay’s shit. Alas, as good as these performances were, three stood head and shoulders above the rest.

With guest vocalist Michelle Marti, Craig Bell and The Dead Man’s Handle tore through “Don’t Blame Me” and “I Knew You Were Trouble.” In Bell and company’s hands Swift’s immaculate pop songs were transformed into gritty, tough rock ragers. Craig then took over vocal duty and did one of his originals, the awesome “Hard Times Coming.” The entire band was tight and channeled the same pure rock energy that GBV gives off. Definitely a band to keep on your radar.

Sadie Johnson. She wasn’t on my radar. At all. The only reason I stuck around was I still had half a drink to finish. Holy fuck-balls am I glad I stuck around. It took all of 20 seconds of “If 6 Was 9” to realize I was watching something special. Sadie is a fiery mop-topped sex bomb, sure, but how she slayed with her guitar and the soul-deep ease that handled the vocals forced you to look past the superficial and behold a special magic power.

She then slides into “May This Be Love,” one of Hendrix’s early songs and a favorite highlight from the Singles soundtrack that I’d hoped to hear. Sadie was completely doing it justice. Then, just when you think the song is almost over, she starts scatting a very familiar tune, and before you know it, the band is seamlessly rocking out Van Hagar’s “Why Can’t This Be Love.” My jaw was on the floor. Not only did Sadie Johnson handle Hendrix’s guitar playing like a boss, but she also added in some Eddie Van Halen and made it all sound flawless. Apparently, she’s working on a release. Watch out; if this display were any indication, it would be among the best Indianapolis albums of the year.

Coming into this, I knew that The Last IV was going to be the top of the pops, the band not to be missed. But I had no idea the nuclear motherfucking explosion that would be set off. Russell Johnson reclaimed his spot as the BEST GODDAMN LEAD VOCALIST in the city as they ripped apart “Manic Depression.” He jumped across the Radio Radio stage like it was Madison Square Garden. He immediately had the place in his control, and I declare, if your ass wasn’t shaking, you were dead. Things only got better from there.

Throughout the next 3 songs, “Spanish Castle Magic,” “Fire,” and their incredible original, “Everything,” they showed Tonic Ball what it meant to be a rock and roll outfit at the top of its game. Bass god Tufty Clough and drummer Devon Ashley are among the best rhythm sections this city has ever seen, while Vess Ruhtenberg was a complete rock star big dick motherfucker on the guitar. Holy shit, was this set good. I feel like I witnessed giants throw the smackdown upon us, meek mortals. Man. It was good. Performances like these (and I’m certain there were a few equally as good that I wasn’t able to witness) prove that we are a lucky city to have Tonic Ball, and I’m already looking forward to next year.