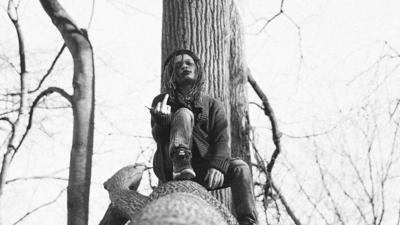 For Indianapolis rapper Jeremiah Stokes, hip-hop has always been more than a music genre.

“I grew up on T.I., Lil Wayne and Eminem — the greats,” says Stokes, whose real name is Austin Coleman. “I was able to recite these guys’ songs word for word as a really, really small child, and that gave me a really big interest in verbiage, words and syllables. Hip-hop is what really made me so articulate as a kid.”

Since this early age, words have continued to be a part of Stokes’ life. Before ever trying his hand at hip-hop, he initially remembers giving poetry a try.

“I tried poetry first, and I had a whole lot to say,” Stokes says. “I was just like, ‘Bruh. I never really thought to put my pen to a piece of paper and let it flow.’ So when I did, I was amazed.”

Naturally, these poetry forays led to writing raps. “I was just like, ‘Screw it. I do poetry. Let’s take it into its evolved form and do hip-hop,’” Stokes recalls. After starting out with the artist moniker of Ac3 Col3, the Indy emcee chose to instead go by Jeremiah Stokes, with “Jeremiah” being his birth-given middle name and “Stokes” being a superhuman alter ego of sorts.

“Stokes is the verb to poke a fire,” he says. “[So the moniker means] Jeremiah pokes a fire. Or, Jeremiah becomes a giant star, or a sun essentially. The name is very reminiscent of my roots and how I want to present myself. I’ve always wanted to be a very dynamic character in the rap scene.”

Over the years, Stokes has rubbed elbows with the who’s who of Indianapolis music, from hip-hop veteran Feeray to Square Cat Vinyl co-owner Mike Angel. “A lot of beautiful people here in Indy have helped me out, and I’m just grateful,” he says. From performing at multiple Chreece hip-hop festivals to taking his act out of state, Stokes now sees himself as being more confident than ever.

“I feel like I’ve evolved massively,” he says. “Putting it simply, I’m just way more confident now. When you go out of state and do the shit you do, and you get the same reaction, you can’t write yourself off at that point.”

Amidst all of this growth, however, Stokes says the coronavirus pandemic created a bit of a roadblock in his progression as an artist. While he stayed busy working on new songs, the Indy emcee saw himself missing out on a lot of other opportunities.

“I had finally worked myself up to a certain point as an artist, and I was finally making enough to pay bills after doing shows,” Stokes says. “That was a big thing for me. Having that stripped away from me so quickly and so randomly was just like, ‘Dude, what?’”

While live performances have been at a minimum since March, Stokes has managed to get back to work in the studio, recording numerous tracks he wrote during quarantine.

In the recent months, Stokes has released singles “Utu” and “Indy 500,” and he says fans can expect a full-length project to drop sometime this fall.

“I really just want to bombard the city with a bunch of stuff because I feel like I’m way overdue,” Stokes says. “I have a bunch of really good material, and I need to stop acting like I’m not ready to release it.”

Reflections on voting as a visually impaired U.S. citizen

I found an efficient way to cast my ballot in 2020.