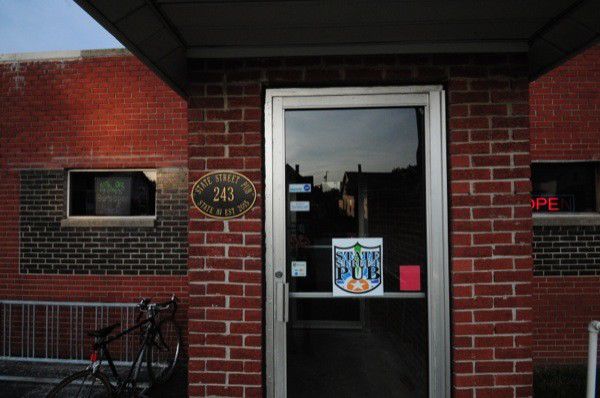 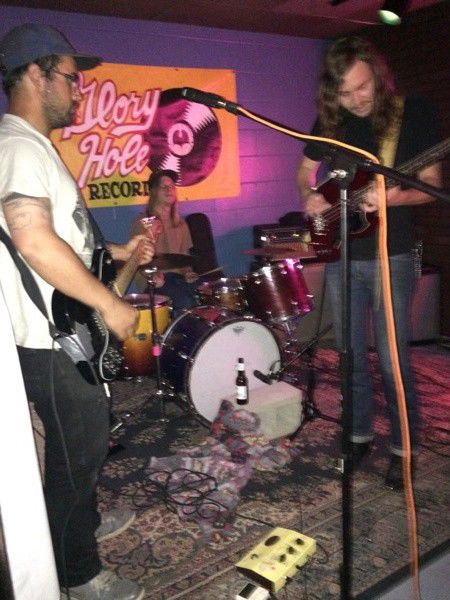 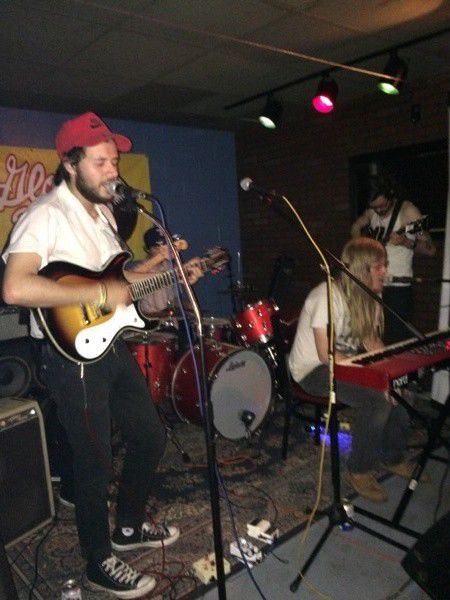 After many years of devotedly booking shows in the Indianapolis area, GloryHole Records founder Jimmy Peoni finally has a venue that is 100 percent his own.

Snuggled inside Indy’s Holy Cross neighborhood, Peoni’s State Street Pub has been regularly throwing shows over for a few months, with plenty more on the horizon. Having already hosted everyone from local bluesman Gene Deer to Austin, Texas psych rock outfit Holy Wave, the 21+ live music spot also offers a humble selection of food, beer and wine, catering to “a lunch crowd by day” and “a rock and roll crowd by night,” Peoni says.

After choosing to serve “pub food with a twist,” Peoni made the decision to partner up with Historic Steer-In owner Casey Kehrer. And since coming into the mix, Kehrer helped his boyhood friend with the State Street Pub menu, and assisted in getting the kitchen off the ground.

A longtime fan of Indianapolis’ The Vulgar Boatmen, Peoni’s love for local music initially inspired him to start his own record label dedicated to documenting the sounds of Indiana in 2010.

“The tempo for the ‘90s was bands getting signed and dropped by major labels, so that’s pretty much how GloryHole started. I liked putting out music for bands that I didn’t think would maybe get the opportunity to get music out,” he says.

Since his label’s first-ever release – Vacation Club’s debut 7” – GloryHole Records has put out 16 records and 10 cassettes, most recently The Last IV’s debut 7” and America Owns The Moon’s Record Store Day cassette. The label will release music from Mysteries of Life and Sleeping Bag's Dave Segedy, as well as a compilation of Fountain Square music titled FSDC Vol. 4.

In the midst of their label endeavors, Peoni and GloryHole label manager/State Street Pub bookkeeper Kim Oskins dedicate much of their time to the new venue as well, gradually transforming the space. With vintage concert posters lining every wall, Peoni says the venue’s interior is essentially just his “living room blown up into a bar.” The intimate, 130-capacity space also nods to Peoni's love for house shows.

Before ever stepping into the space, Peoni says he drove past it for years, initially envisioning it as a space for his own record store. But after a tour, he realized the building’s excellent bar potential, especially considering its location.

“It’s in between Fountain Square and Woodruff Place. I think a lot of the kids are moving out of Fountain Square to Woodruff and the 10th Street area because it’s cheaper,” Peoni says. “So I think it’s an ideal location.”

Soon, Landon Caldwell – currently a member of California-based groups Burnt Ones and Creeping Pink, formerly of Indy-based Learner Dance — will return to Indianapolis and join Peoni and Oskins in their State Street Pub pursuits. Originally from Indy, he met Peoni around the time of GloryHole’s start. He was drawn to the Peoni's supportive, locally minded personality and business ventures.

“Jimmy likes to see things happen,” Caldwell says. “He's a doer, and he really cares about the people in his community. I think that is where we really relate and why we really struck it off.”

Peoni is hoping to attract more and more of his Holy Cross neighbors into the venue by offering a diverse selection of shows that includes everything from jazz to rock to bluegrass.

“We’re not partial to one type of music,” he says. “There are certain bands that we probably won’t have in here, and there are some [with large followings] that just wouldn’t fit in here either.

Although many more additions to the pub will be made, including a front porch and a back fence similar to Radio Radio’s, Peoni doesn’t want his bar to change much more from what it is now. Inspired by local op artist Stephen Peck (known to many as Speck) who passed away last year, he believes that having a no-nonsense venue is really what the city needs.

“I based our motto here around an art exhibit of Speck’s, Simple is Complex Enough,” Peoni says. “So that’s kind of our motto.”

State Street Pub has several shows booked including We Are Hex on June 19. Songwriter Christian Taylor will have a regular residency spot on Tuesday nights, too.

As Peoni and Oskins plow ahead with their new restaurant, both admit they’re just excited to be pursuing something music-related.

“It’s fun because it’s a dream for us both,” Oskins says. “We just both love music.”