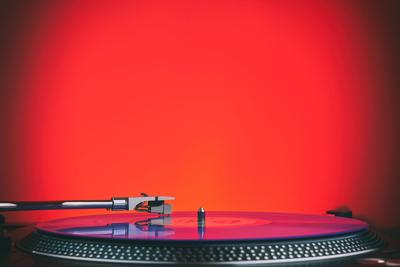 In these strange days, where death is lurking right outside our doorstep, and an entire nation is keeping each other at a 6-foot distance, we are learning things about the apocalypse that we’d never have thought about a mere month ago. Yet, here we are hoarding toilet paper and Clorox wipes like they are diamonds and gold. Here we are living in a world where a gay polygamist country singing lion tamer named Joe Exotic is calming the nation’s nerves way, way better than the President. Strange days, indeed.

Yet, some things remain as expected. Television and social media, mixed with copious amounts of alcohol seem to be getting most of us through this trying time so far. Music, of course, is another thing that is helping maintain our collective sanity. You don’t have to dig too deep into Facebook to find apocalypse playlists with songs like “Hot Blooded”, “Don’t Stand So Close to Me”, “U Can’t Touch This” and that one song by R.E.M. – you know the one.

Personally, new albums by Deap Lips, Halsey and Jason Bamberry have been helping me through, I’ve also discovered songs like “The Big Unknown” by Elder Island, “Don’t Let Get You Down” by Wajatta and Drivin’ Nails in my Coffin” by Ernest Tubb to be particularly poignant these days. Meanwhile, Trent Reznor and his Nine Inch Nails seem to have been just waiting to provide the soundtrack to the end times. Ghosts V: Together and its companion Ghosts V: Locusts was released as a free download this week. Together is full of hopeful anthems while Locusts is dark and loud and seems suited to be blasting out of the Mad Max vehicles.

Of course, we all know that 9 months from now the first babies of the C Generation, Corvidboomers or what have you, with be born. Sure enough, our friends at www.kegel8.co.uk (who really want us to take this newfound free time to visit their website and work on our pelvic muscles) have provided a list of fuck songs that are trending on Spotify right now. The list contains such predictable songs as “Neighbors Know My Name” by Trey Songz, “All The Time” by Jeremih and of course The Weekend’s “Earned It (Fifty Shades of Grey)”

But really, the soundtrack to Quarantine Fucking ® is all over the place and depends on generational whims. Elvis Presley, Little Richard to The Beatles, Procol Harum to Al Green, Marvin Gaye and Curtis Mayfield to Prince, and on and on all have good fuck music. Barry White is an artist that crosses generational boundaries as the king of fuck music. We all have our go-to sexy anthems, but it looks like you and your partner are going to be doing this a lot for a while. So here’s a guide to good fuck songs. Pitter Patter, Let’s get at ‘er!

“Grind with Me” – Pretty Ricky

When the Vanilla gets boring:

“Fuck the Pain Away” – Peaches

“Slob on my Knob” – Tear Da Club Up Thugs

“Put it in Your Mouth (feat: Kia Jeffries)” – Akinyele

“Touch of my Hand” – Britney Spears

When you are all fucked out:

“Everything is Food” – Popeye (Music from the Motion Picture)