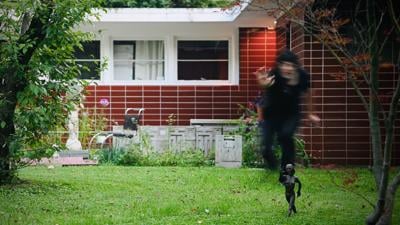 It’d be fair to say that Vess Ruhtenberg’s latest double album, We Control the Weather, is quite literally a dream come true.

“I dreamed that song, ‘We Control the Weather,’ back in ’98,” says the longtime Indy musician. “I just woke up from a dream, where I was playing in front of this giant crowd and singing that song. I’ve tried it out in every single band I’ve been in, and it never really seemed right until this project came along.”

After unveiling We Control the Weather last month, Ruhtenberg and his newly assembled four-piece band will celebrate the double album’s release with a performance at Hi-Fi Annex on Friday, May 21, with opening support from none other than Rusty Redenbacher and Mr. Kinetik. Ahead of the festivities, our Seth Johnson caught up with Ruhtenberg for an interview, which you can read below.

SETH JOHNSON: When did you first get the inkling to start on this album?

VESS RUHTENBERG: Well, it was a couple different things. I was working on a follow-up record on my 8-track in a very sporadic fashion with things that I liked and things I wasn’t sure about. It was a little directionless, but I was cruising along. That was about two years ago.

Around the same time, Jeb Banner and I started meeting up on Tuesdays. He and I have a studio here in town called Twin Mono. He was like, “We’re not using it enough. Let’s just do a Tuesday thing so we’re doing something.” It started off with some meandering jams. We wrote a couple songs and would ask people over to do stuff. All of a sudden, about three months in, we realized we had three really good songs that I had sung and written with him producing it as I was going. It slowly started to get more and more serious.

By six to eight months in, these two projects started to merge. We ended up with three solid sides of new music, and then a couple songs for the last side where I dipped into my treasure trove of unreleased jams. That’s where “I Don’t Want to Be Like That” came from. “You Make Me Wait” was originally intended for the second Pieces record. The one with LonPaul on it [“Casually Lean Against Me”] obviously goes back a long time. So I had these songs that we sprinkled in, and that completed this double album’s worth of stuff.

Once things started coming together and the order started to happen, COVID hit. We ended up with eight months to tinker, to master, to make segues and to get the artwork right. What might have been a lesser record got the time and energy.

JOHNSON: You have a lot of different characters who play a part in this album. Were those just people you’d invite over to the studio on a whim as you were making the album?

When you say “characters,” I think that’s a good way to say it because it feels like everyone jumps into a character on this record. I credit Emily [Watkins] as an S1W, like Public Enemy, because she’s standing behind me with the uniform and the AK-47, like, “What he said!” It just works.

JOHNSON: How did saxophonist and Indy jazz staple Rob Dixon come into the mix?

RUHTENBERG: Both Jeb and I had been encountering Rob in the year or so that this had been going on. I saw him a lot at Cafe Patachou when I was working there, and it was always such a great energy and so fun. I’ve also seen him play a couple times, and he’s just out of site.

We were talking about him one night, and we were trying to figure out what songs to have him on. “A Sentimental Journey” seemed like the right one right away. But at the last minute, I was also like, “Let’s have him on ‘Out on a Lake.’” I felt like that’d make that one more mysterious. It did, and I think that’s the song that’s the centerpiece of the record, to some degree, because of how unusual it is.

JOHNSON: How did working on this record help you deal with the weight of the pandemic?

RUHTENBERG: It was hard. The tours went away, the job went away, and my daughter came home to stay and did school in the house.

I don’t sit around. For years, I didn’t even own a couch because it would take up too much of my time. I don’t like comfortable chairs. I just don’t want to be sucked into neutral. So everyday, I just got up. I started making concrete sculptures, and then I started selling them to friends. In the middle of that, I’d be texting Jeb, and we’d be sending mixes back and forth or harassing Paul Mahern (I use that playfully).

I didn’t have anything else to do — it was my job. And even though it didn’t pay, it was there. This record was sitting there, and it was the only thing to do. So we just got into it.

JOHNSON: There are a lot of really interesting studio sounds on this record as well. Did the pandemic allow you to be more playful when it came to that too?

RUHTENBERG: No. But when we were making these records, there were no preconceived notions. I wasn’t showing up with a song that I wanted other musicians to play. All the balls were in the air at the same time, so it really allowed whatever strange thing we wanted to do to be 100% appropriate, and it would shape the song as it went.

The craziest things happened on day one of recording and writing a song. Most of the songs were 90% conceived within four hours or so. At 4 o’clock in the afternoon, I was taking my work uniform off, the guys were showing up (Craig Von Deylen was our assistant engineer), and there would be nothing. We’d start chitting and chatting, Jeb and I would start throwing ideas around, and by 9 o’clock when we left we’d have a rough mix of a song. That’s how most of those songs were written. It was a real studio record, where the writing, recording and sounds all came together.

JOHNSON: Had you made any albums in that fashion prior to this one?

RUHTENBERG: Sure. That’s how the Zero Boys used to write a lot of things with Paul and I back in the day, on the more unpopular Zero Boys records that I was on. United States Three would often record where I would just show up with a song that nobody had heard before. I would just throw the band to the dogs, like,  “Figure it out, let’s do it! 1, 2, 3, 4!”

But to this extent? On a double album? It was the way I’ve written or recorded on occasions, but this was definitely the most experimental. I don’t write a lot of songs sometimes because there’s not a purpose. If you don’t have a band and maybe nothing exciting happened today while you were at your job, there’s not a song there. But if at 4 o’clock, some people are showing up. One of them has some chords, and you’re talking about the little purple flowers coming up in the yard. You go inside, and next thing you know you’ve got a whole song about spring. It forced the situation where the situation might not have been before. It was just a great experience.

JOHNSON: Can you provide me some details on your upcoming show at Hi-Fi Annex? I assume this will be your first performance since the start of the pandemic, right?

RUHTENBERG: This is my first show in a year-and-a-half. The last show I played was on New Year’s Eve 2019 with Toxic Reasons. So it’s been a long haul, and I’m ready to go.

I’ll have Sarah Zike on drums. She’s a fabulous drummer that I’ve known for a long time and have always wanted to play with. Dimitri Morris from White Moms is playing bass. Adam Gross is playing keys, singing and doing a little guitar, and then there’s me. It’ll be a hot little four-piece.