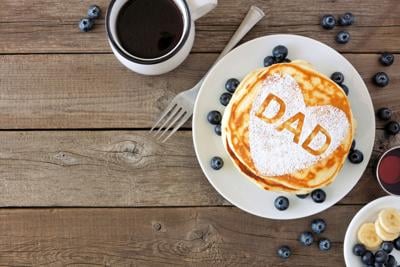 In 2019, Indiana had 140,000 households headed by women without a spouse, living with their children under age 18, according to the Census Bureau.

Some readers may see these women as victims of their own mistakes. Others will see them as heroines who have overcome the challenges life has provided. In both cases, the absent fathers are generally, if not universally, vilified.

Our society terms men who do not and/or cannot provide financial support for these women, as “deadbeat dads.” Our legislatures and courts have been punitive towards such fathers. Most often they presume the veracity of claims against them.

But changes are taking place in parenting. Expectations of men as parents have increased. As more and more women entered the labor market, fathers of intact became more involved in raising their children. The roles of men and women converged.

Still we have 140,000 Hoosier households where women are raising children on their own. Not all of this is bad, but in many cases, there are fathers who are unprepared to assume the role of parenthood.

The causes of this situation are many, but incarceration of young men, particularly African-American youths, is a leading factor in fatherless families. Enter the Fathers and Families Center (FFC) serving Marion County. From a former radio station, just a block south of the Children’s Museum, a resolute staff, headed by Wallace McLaughlin, Ph.D., provides comprehensive guidance and assistance to fathers who want to improve their lives and those of their children.

FFC works with other agencies, but never hands off a participant to a bureaucratic machine. Each client is helped through the many steps along the way to a sustainable role as a parent.

Most of the public discussion about these fathers focuses on money and how to wring support out of them for the family. That’s not an approach consistent with reality. As the Urban Institute has said, There’s a difference between deadbeat and dead-broke.

FFC addresses the many problems of displaced fathers. A primary objective is getting and keeping a job that pays at a rate high enough to provide some family support.

But for many young (and older) fathers there are social skills (being on time, is one) to be developed and polished. Education and housing issues dealt with by FFC are important aspects of self-respect and acceptance by the community.

The list of financial supporters of FFC over the past three decades is impressive: state and federal agencies, national and local funders including the Lilly Endowment and the Robert Wood Johnson Foundation, with organizational support from Eskenazi Health.

In addition, corporate and individual support provides a broad base for operations. What is needed, however, for FFC and most programs benefiting the public, is an endowment for securing sustainable service.

It’s good to have Fathers and Families enabling us to say, Happy Fathers’ Day.