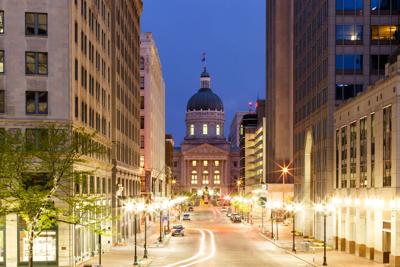 A set of Statehouse proposals that would vastly expand public funding for private school education in Indiana inspired a marathon of impassioned testimony Wednesday, from both supporters and opponents of the controversial bills.

The legislature is considering opening the state’s existing private school voucher program to thousands of families who currently make too much money to qualify and increasing the stipends for middle-class students. The proposals would also create education savings accounts, which would give stipends to parents of children with special needs for their schooling.

The House Education Committee made several changes to the bill in bid to bring down the price tag to about $34 million in the first year, from the initial projection of over $100 million. A House Republican priority, the bill was approved by a vote of 8-4, and it will head to the Ways and Means Committee next.

The latest plan would delay the launch of education savings accounts until 2022. It also would reduce the potential funding for the accounts to 90% of what the state would have provided to a student’s public school, plus special education costs. And children of veterans with disabilities would no longer be eligible to participate.

Lawmakers also made several changes to the education savings accounts program at the recommendation of special education advocates, including broadening the expenses the accounts could be used for and creating an advisory council charged with providing guidance.

The Senate Education and Career Development committee is expected to make some changes before voting next week on two bills it considered.

Among the dozens of advocates and parents weighing in on the proposals, parents who benefit from the state’s existing voucher program spoke to how it helped them afford private schools they loved. And skeptics of the expansion argued that it would drain much-needed resources from a public school system that serves most Hoosier students.

By raising the income limit for vouchers, the state would open the program up to many more middle-class parents like Heidi Gant, who said that her family cannot afford to pay for private school without state aid.

Gant, who is expecting her first child in August, said that the public schools in her area are high performing, but she values religious education.

“I came to the realization that I wouldn’t be able to give my children a faith-formed Christian education that I was blessed with as a child,” said Gant, who works for the Indiana Non-Public Education Association. “How is it that we can make a decent middle-class salary and still not really have a choice about where our children receive their education?”

Opponents of the expansion of school choice argued that the money to boost vouchers should instead go to increasing teacher pay.

Kristien Hamilton, a teacher at Greencastle Middle School and the president of the district union, argued that the bill would make a “mockery of all claims that there is no money to improve teacher pay.”

“If House Bill 1005 is not decisively rejected, the future of public education in Indiana is bleak,” Hamilton said. “Our hardworking but demoralized teachers and administrators in Indiana would take this bill as a signal that the General Assembly is ready to put public education into a death spiral.”

The bill would increase all vouchers to 90% of how much the state would have spent on a child’s public education. Currently, families who make more money receive vouchers of 50% or 70% of the state tuition aid.

That could be important for parents like Brad Murray, a father of seventh-grade quadruplets who receive vouchers. When his income went up last year, the voucher amount his children received went down. At the same time, his family was no longer eligible for Medicaid, Murray said.

“There’s no way I could put my kids in the education they’ve had so far in school without this voucher,” Murray said. “I want to be able to continue to work hard and try to make better for my family.”

All the places Cheryl Kirk could afford to live had failing public schools, she said. With the help of vouchers, she was able to send her children to private high school. But there was still about a $5,000 gap between the scholarships and their tuition costs. To pay for that, she worked extra hours and a second job, Kirk said.

“There’s plenty of days I go to work, I get off work. I’m their biggest cheerleader at the football game. And I go back to work,” Kirk said. “It’s that important.”

The education savings accounts aim to serve students with special needs. But they drew criticism from some parents who said they would not help their children.

“This is not what we as parents need,” said Rachel Burke, president-elect of the Indiana Parent Teacher Association, who also has two children with autism. “There’s a lot of snake oil out there, if I’m going to be very blunt, for special education services. There are a lot of unproven things, and things we know scientifically are dangerous for students and that really do hurt learning and learning ability.”

Joel Hand, a lobbyist for the Indiana Coalition for Public Education, pointed to problems with other publicly funded programs that help families pay for educational services — like one in Indiana that could be used to buy a Netflix subscription, Chalkbeat found, or another in California that covered trips to Disneyland.