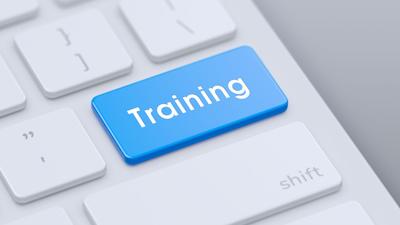 Before even beginning a training class this week at Phalen Leadership Academies, Tyshaneka Douglas already had seen a payoff.

She’s taking classes to get into a higher-demand, higher-paying field. And her kindergartner son is elated.

“He’s super happy because we get to do homework together and he just sees it as ‘oooh. Mommy is growing so I want to grow,’” Douglas said.

She’s part of the inaugural class of eight adults studying in person at James and Rosemary Phalen Leadership Academy on Indianapolis’ far eastside.

Phalen, which runs 12 charter schools in Indiana, launched a job-training program this week called PLA University to spur economic mobility in high-poverty communities. It’s offering the courses to adult relatives of its students at any of its 22 campuses throughout the nation. Parents, siblings, aunts, uncles, cousins, and grandparents are eligible.

After students complete basic workplace skills, they will attend specialized courses in one of four high-demand fields like information technology or health and life sciences. Officials promise students internships, paid work experience, tutors, and a year of follow-up support. Participants may graduate with an industry-recognized credential that qualifies them for a job that might start at $30,000 to $50,000 annually.

Douglas says she makes $30,000 a year as an insurance agent now. She wants to get a cybersecurity credential to become a private investigator, whose salaries average $42,430 in Indiana. She sees an opportunity to join a field that is growing quickly, with cybersecurity concerns multiplying during the pandemic.

Shayne Abrahams, executive director of PLA University, seeks to offer the learners affirmation and wants to build an environment in classes where they can support one another. He begins by greeting the class at orientation. Most students are Black, one woman is Latina. 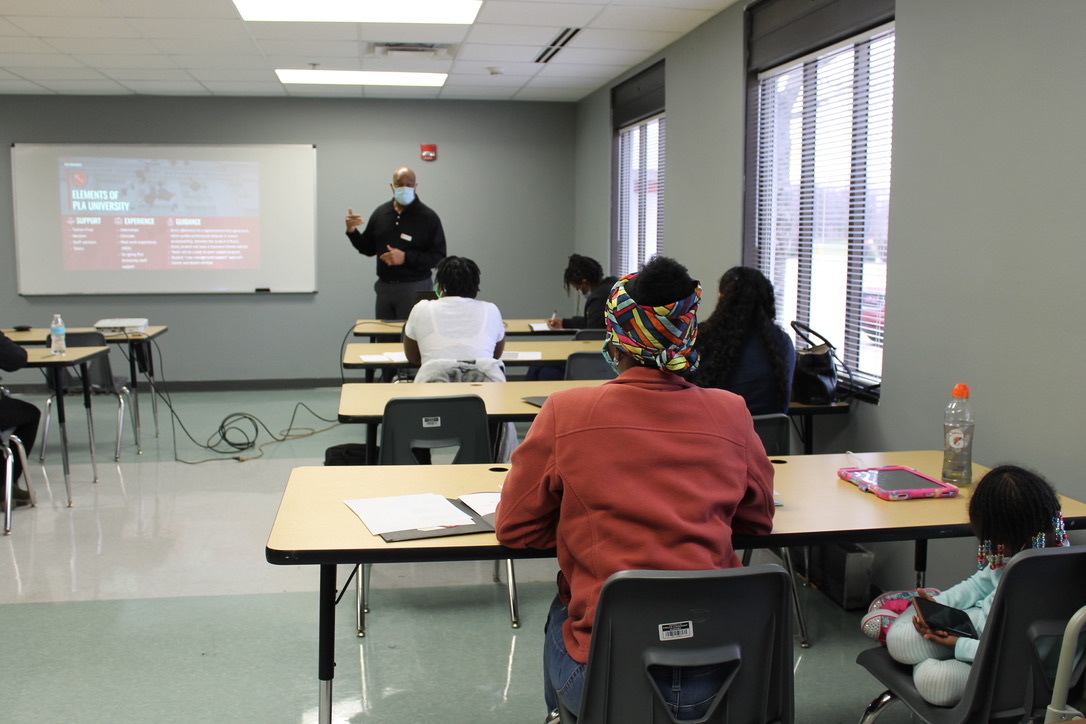 Aaricka Washington / ChalkbeatShayne Abrahams, the executive director of PLA University, tells adult learners about the expectations of the program during orientation on Tuesday. Phalen Leadership Academy is starting a new workforce development program for their students’ families.

IUPUI kinesiology graduate Dionne Avance is attending to be able to earn more in the medical field, to better support her daughter.

“Basically, I’m working hard so she doesn’t have to,” Avance said.

Daniel Isaac, a former social worker in Haiti, wants to get his medical assistant certification and more credentials after that.

Abrahams peppers his talk with encouraging words like, “I need you all to be soldiers,” and, “I got your back.” He urges them to “do your best because I’m going to go hard for you.”

Glick Philanthropies of Indianapolis has given $150,000 to fund the program’s first year.

During the first six weeks, the students will learn how to search the internet, write a resume, and make a good first impression during an interview. Later, students will train for up to six months in their chosen field with a PLA training partner.

Administrators are reviewing applications as they come in, so that students can apply and participate whenever they can. The program aims to train 188 students over two years. About 120 have applied.

But Abrahams recognizes that students face challenges outside the classroom walls: transportation, child care, nutrition, and language. He acknowledges that the PLA University can’t solve all of those issues.

Phalen said PLA University might offer families a way out of the far eastside, an area he says has been neglected by politicians and ravaged with violence. He feels that since he can’t solve issues like police brutality and unjust government policies, he can at least provide parents economic opportunities to have more freedom.

“We’ve got to give people the economic strength so that they can make whatever choice is best for their family and their loved ones,” Phalen said.

Douglas, who moved from South Bend six months ago, sees opportunity amid the need around her.  “It’s like looking at the silver lining, instead of where we’re currently at. My ultimate goal is to help build the community up to a point where people don’t feel like they have to move out.”